For Better or Worse, Rita Moreno’s Legacy Is on Full in New Documentary 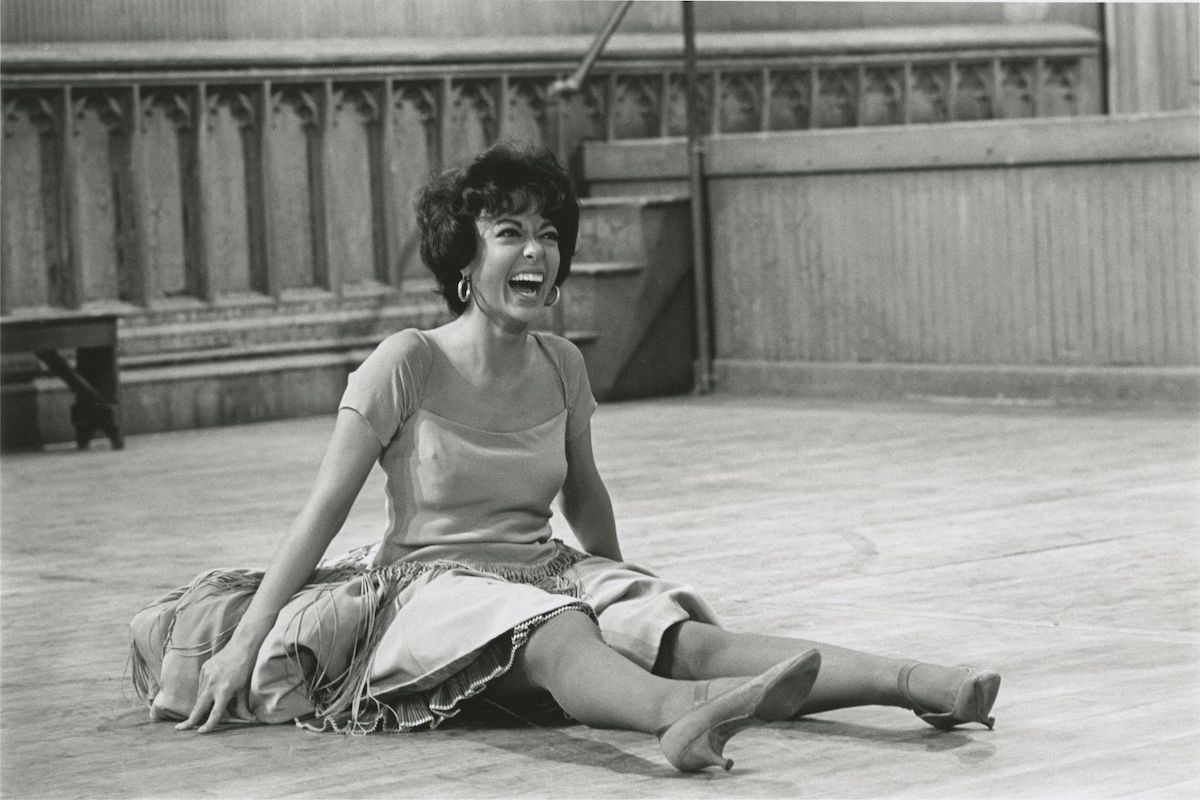 A photo of Rita Moreno behind the scenes of WEST SIDE STORY from the film RITA MORENO: JUST A GIRL WHO DECIDED TO GO FOR IT (Courtesy of MGM Media Licensing)

Rita Moreno made news last week and it wasn’t the good kind. Promoting her new documentary, Rita Moreno: Just A Girl Who Decided to Go For It, the icon went on The Late Show with Stephen Colbert and essentially told Black people to “wait.” To hold off on speaking up about their erasure in the Latinx community broadly and in In the Heights specifically.

The backlash was swift and Moreno has already apologized, following the example of the man she was trying to defend, Lin-Manuel Miranda (he also produced her documentary).

I’m incredibly disappointed with myself. While making a statement in defense of Lin-Manuel Miranda on the Colbert Show last night, I was clearly dismissive of black lives that matter in our Latin community. It is so easy to forget how celebration for some is lament for others.

Those who’ve been carefully watching the EGOT winner weren’t surprised. She’s long referred to her mid-century, on-screen make-up as the color of “mud”—something she does in the documentary and did when she appeared on In the Thick in 2017 to talk about the premiere of One Day at a Time. In that interview, Maria Hinojosa asks her about our current culture of criticism and Moreno replies that Latinxs are often too quick to take offense, adding “and that goes for the Black community as well.” It’s cringe-worthy and the perfect precursor to the comments she dropped last week.

That said, the documentary clearly outlines the ways Moreno has been the victim of racism and bigotry. As an actress, she had to claw her way into roles with a few ounces of humanity, typecast into terrible reductive, generically Brown people. That she was able to do so much as Anita in West Side Story, the slave Tuptim in The King and I, and as Zelda Zanders in Singin’ in the Rain is a testament to her talent and charisma. But she was also let through the doors, her light skin ostensibly allowing her to be one (if not the only) acceptable Latina to an extremely racist studio system. Hollywood invited in Puerto Rican Moreno and then painted her darker, even after she pushed back. Clearly, they thought it was the only way to portray our community to their preferred white audience. It was offensive then and it’s only more so now.

Of course, these weren’t the only barriers Moreno had to overcome to find success in the entertainment industry. Sexism was pervasive too and as Latina, she was seen as doubly expendable. In Just a Girl Who Decided to Go For It, Moreno describes being sexually assaulted at an industry party, raped by her agent, and emotionally abused by her then-boyfriend, the legendary Marlon Brando. It appears like no one inside Hollywood helped her either. She left that party thanks to “only decent” people there—the Latinx staff. She stayed with that agent because she thought he was the only one who could help her career. And with Brando, well, let’s just say that his treatment of her didn’t hurt his career.

After leaving Brando, she escaped Hollywood, marrying a doctor and finding refuge in Broadway for a while before reentering on the small screen. She won her Tony, Grammy, and Emmy that way, which when you add in her Oscar for West Side Story, makes her one of only 16 people EVER to get the coveted EGOT. But while her daughter remembers her parents as happy, Moreno has regrets about this period, specifically staying with her husband until he passed away in 2010. She remembers him as wanting her to be smaller, quieter, and her accommodating him. She declares herself happier now but all that lost time, that feeling of having to settle speaks to the continued limitations women face, even one so accomplished as Moreno.

And there’s no doubting her accomplishments. Her light skin may have helped but she still faced a stacked deck, succeeding on the power of her will and her love of performance alone. We’re talking about a woman with no connections, born in Puerto Rico, who supported her family from a young age. And she made it to the very top of the notoriously racist and sexist entertainment industry. And so while she has some work to do in understanding colorism and anti-Blackness within herself, the Latinx community, and “mainstream” culture at large, she has also fought the good fight.

In addition to her career and personal life, Just a Girl Decided to Go For It portrays Moreno’s activism. She spoke up for women and underrepresented communities at a time when entertainers weren’t supposed to do that. She heard Martin Luther King’s “I Have a Dream” speech in person, just a few feet away. That doesn’t excuse her most recent remarks but it does give me hope. If she was willing to risk so much back then, when she arguably had less power and more to lose, surely she can learn something today.

With her many awards and storied career, Rita Moreno has become an icon. She’s a leading light of the Latinx community, one of our few representatives in the highest tiers of success. But she’s also just a person, an imperfect one who’s made her share of mistakes. Watching the documentary of her life, it’s hard not to root for her but I hope that energy doesn’t increase the size of her pedestal. There’s no point in building people up just to knock them down. I’d rather learn what we can from her, celebrate the successes she represents, and encourage growth in her and others. After all, as the title of the film states, Rita Moreno’s just a girl who decided to go for it.

One response to “For Better or Worse, Rita Moreno’s Legacy Is on Full in New Documentary”