Mezcal: From Farms To Bars (A Latino USA Podcast) 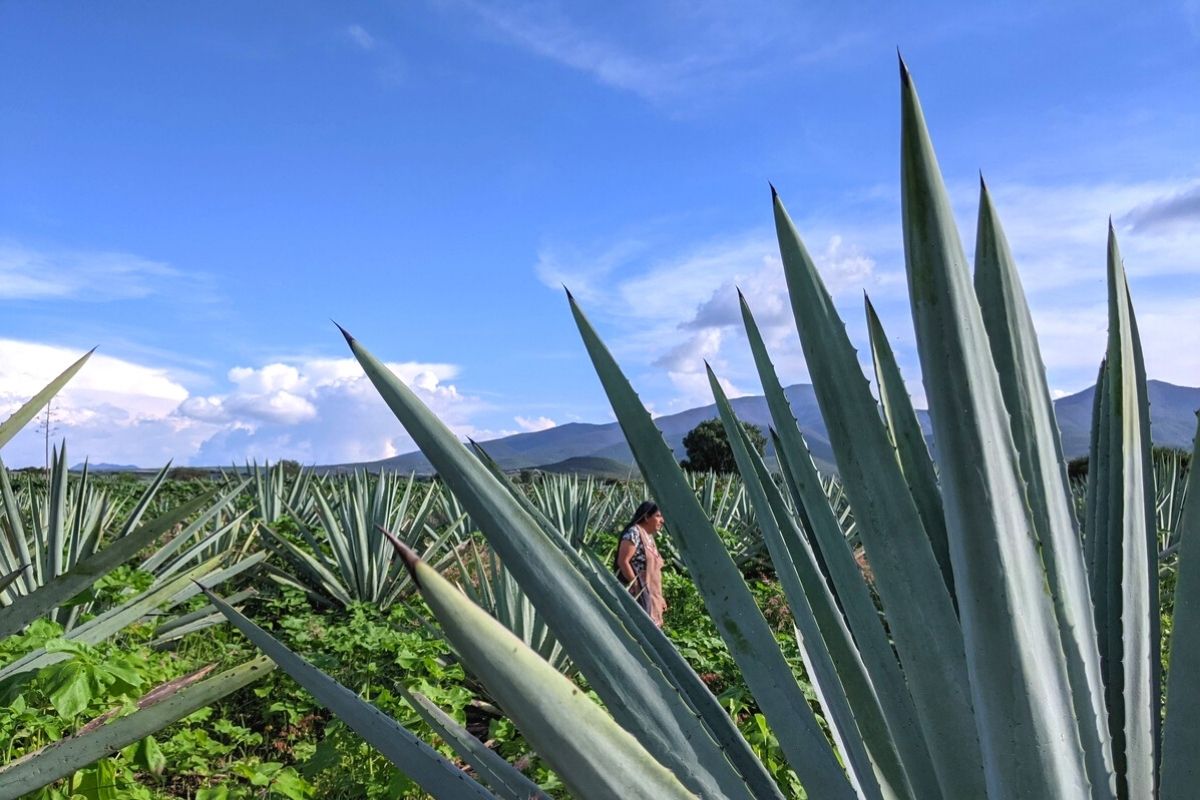 For some years now, mezcal, Mexico’s other national spirit, has been in a cultural spotlight outside of Mexico, but its unseen devastating consequences have had a profound impact on the people making it.

The popularity of mezcal in the U.S. can be traced to the rise of social media and trendy bars across the nation. Many major cities in the country have exclusive bars dedicated to mezcal alone. The U.S. has become the number one destination of mezcal exports, with almost 70% of Mexico’s foreign sales in 2020 alone. But the demand for this drink over recent years has put many mezcal makers in a conundrum: preserve their livelihood or limit environmental impact?

Although there are eight Mexican states that can produce mezcal to governmental standards, the Mexican state of Oaxaca produces 90% of the country’s mezcal. The overproduction of the spirit is leading some agave plants, which are used to make mezcal, into extinction. Many residents in Matatlán, one of the towns in Oaxaca where mezcal production is the main source of income for many families, worry about water shortage caused by the overplanting of agave.

Many agave farmers who are also distillers, don’t have the means to deal with governmental bureaucracy, and unfortunately, outside companies ready to invest take advantage of that. Many farmers tend to work for nonlocal companies who often don’t see the consequences of over farming agave. Latino USA takes us on a journey to understand —and appreciate— mezcal’s production process and how to become a better consumer.

This episode was produced by Juan Diego Ramirez and Areli Morales.