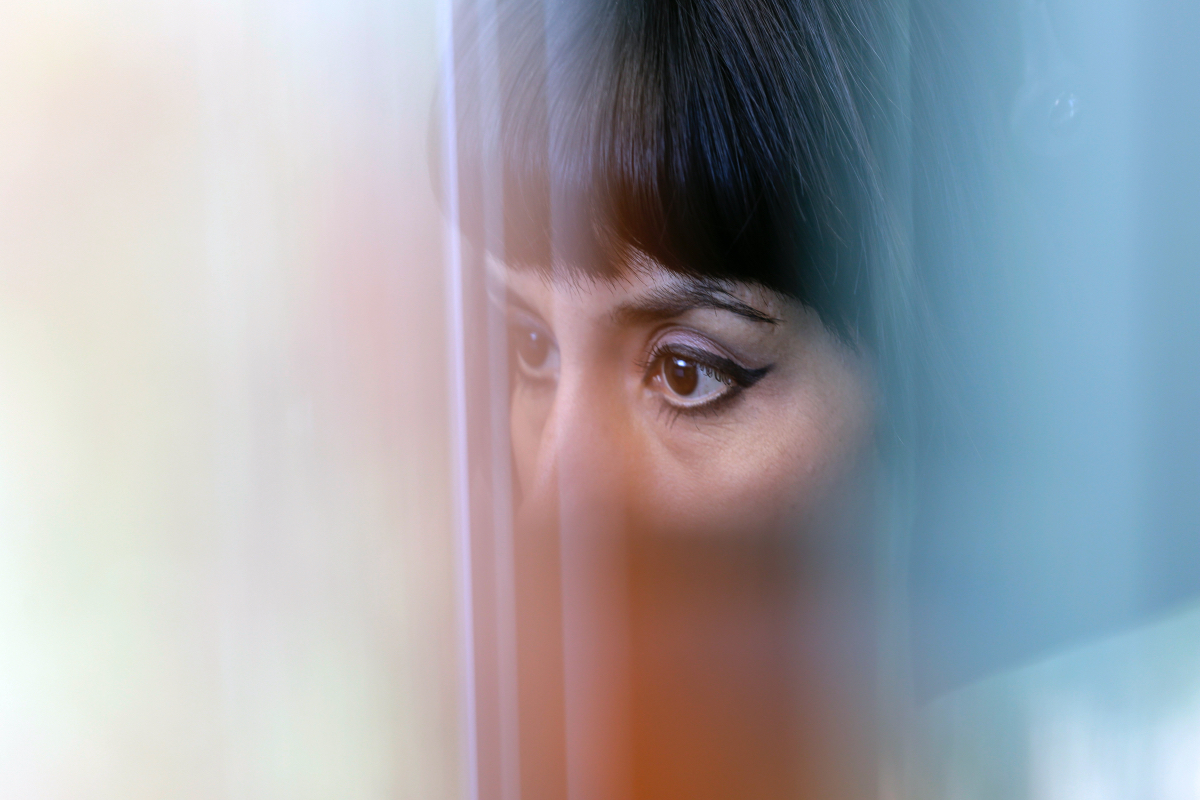 An advocate works in a cubicle at the National Domestic Violence Hotline’s center in Austin, Texas. (AP Photo/Eric Gay)

It was a beautiful spring day in Long Island City, New York. I was headed toward my favorite thrift store and noticed a crowd standing around a parking lot. It was one of the new “hot” neighborhoods, near Astoria Studios, and assuming it was a film shoot I walked over to look. I heard a woman’s voice.

“Get off me! I don’t wanna go with you!” the woman yelled as a man pulled her toward an open car door. Looking around for a camera, I noticed the crowd was mainly men, and some of them were smiling. The scene became frightening when I realized it wasn’t a film shoot; a man was attempting to drag a woman off the street and into a car in broad daylight. It was shocking to watch a woman clearly in distress, yelling, surrounded by calm observers.

The Kitty Genovese case came to mind. In 1964, in Queens, Ms. Genovese was murdered in front of her building while 38 witnesses, who heard or saw it happening, did nothing. It terrified me to see how the abuser felt confident that no one would intervene, and terrified even more that he was right.

“Aren’t you gonna do something?” I yelled at a man.

His reply exemplifies the domestic violence problem and its diminution as a criminal act. “That’s his woman!” he said and smiled at me.

I ran down the street to look for a pay phone or police officer -this was in 1997. I found a cop sitting in his squad car nearby, and he ran over to the parking lot. The man was still trying to drag the woman into the car.

In New York City it’s easy to ignore noise, yelling, and what sounds like a crime, because as New Yorkers we learn to block out a lot or risk sensory overload. Like a bully on the playground, the minute he saw an authority figure, the batterer let go of the woman. Without looking up, she tried to smooth down her blouse and fix her hair. This public abuse, at the hands of her batterer, encapsulates the humiliation a victim of domestic violence endures daily.

During the pandemic the stress of layoffs, the closing of schools, bars and gyms, plus the financial instability, led to an increase of domestic violence cases. Isolation, food insecurity, the inability to pay household bills, and not having outlets for stress, such as going to a gym, increased intimate partner violence. Increased stress and proximity created this secondary crisis.

The increase in domestic violence (DV) or intimate partner violence has overwhelmed social support programs geared toward DV prevention, counseling for its victims, and providing emergency housing. For this reason it is important that everyone try to understand the warning signs and the dynamics between abuser and victim.

Domestic violence can be physical, emotional, and/or financial. Controlling the victim’s interactions with friends, coworkers, family members, stalking in person or online, attempting to ruin a partner’s reputation, or threatening to hurt their children –the batterer seeks to be the victim’s reference point for everything, including her opinion of herself and her self-worth. According to the CDC, approximately 25 percent of DV victims are women and 10 percent are men. We see abuse in every community, including LGBTQ.

Domestic violence is about power and control, which means the batterer will be well-versed in ways to dominate a partner. He will find her Achilles’ heel and use it to his advantage. For example, if a woman is overly empathetic and caring, he will make himself the misunderstood victim and accuse her of not having compassion for him. Forgiveness and not pressing charges is the compassion he seeks.

Human beings can compartmentalize, meaning a person can do well in many areas of life and still be a victim of abuse at home. A batterer can use verbal abuse to slowly chip away at his partner’s self-esteem and, within the privacy of their home, he can create a world in which the abused feels she is to blame for his anger and actions.

Seek to understand and do not judge.

If someone tells you he or she is experiencing abuse, listen and avoid asking the typical questions: Why do you stay? Why would you put up with that?

The psychological manipulation that causes a person to find themselves in an abusive relationship is complicated and requires the guidance of a mental health professional to understand. You must be an upstander who will help without risking your own safety or taking on work that a counselor must do. Sometimes disclosure is healthiest if we don’t try to fix a situation for the person who is sharing information. Respond by telling the person about all their positive attributes: I am so sorry to hear you’re going through such a horrible experience. You’re so sweet and smart. I am so glad you told me. Let’s keep talking and find a solution.

Do not confront the batterer because it is not your role to act as a police officer or social worker, and it could endanger you and your family. Providing a domestic abuse hotline phone number is the safest action you can take, and avoid texts or emails about the abuse because the batterer could be monitoring all communication. The victim may have to use a friend’s phone to call a DV shelter or hotline.

You can help victims of intimate partner violence right now. They may be fellow churchgoers, friends, neighbors, or family members.

The victim of domestic violence needs compassion, kindness, and understanding. For many, physical, verbal and emotional abuse is a generational issue. For those who grew up in abusive households, violence and mistreatment may be normalized. Let’s normalize practicing compassion for people who suffer differently than we do or struggle to leave maladaptive behaviors behind.

Odilia Rivera-Santos, MAPP is a Puerto Rican writer born on the island and raised in NYC. Rivera-Santos studied literature at Smith College and psychology at UPenn. She lives in PA with her ant farm. Twitter: @bezotes.