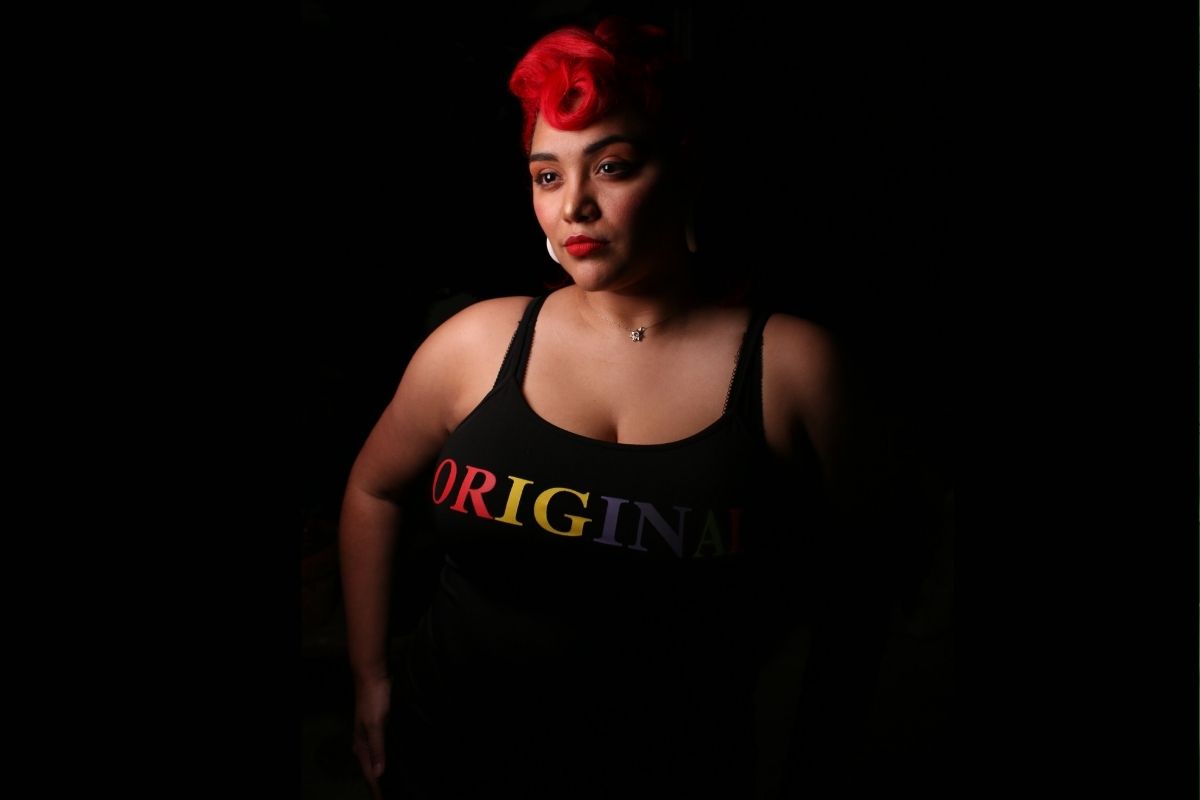 Veronique Medrano is a Tejano and Spanish Country singer and songwriter who grew up in Brownsville, Texas, on the border in the Rio Grande Valley. Growing up, Veronique’s mom was worried about her daughter’s language abilities because by the age of four she was still not vocal.

“They spoke with all of the doctors, they told her there was nothing wrong,” Veronique said. “So the concern is, is there something else that we’re just not seeing?”

But then one day when Veronique’s grandmother was babysitting her, talk show host Johnny Canales popped onto the television screen. Selena Quintanilla was the musical guest and her song stirred something inside of Veronique.

“I started trying to sing along and my grandmother immediately calls my mother up and I’m still going,” she said.

The rest is history.

Veronique has hustled to make her dreams come true. She’s played at venues across Texas, released several albums and EP’s, picked up multiple Tejano Music Award nominations, and was recently invited to the Latin Grammy’s. She finds inspiration as an artist from her experiences living on the border, her Mexican-American identity, and her everyday life. You can hear that inspiration in songs like “La Pulga,” “Mi Libre Luchador,” “Loteria,” and “Crying.”

Veronique also went back to school to get a Master’s degree because she wanted to help preserve the genre.

“If you think about the bigger conversion, it’s about preserving and archiving the Mexican and Latino culture so that it doesn’t get forgotten,” she said. “That’s really the purpose, is that we don’t want people to forget where we started, who we were, what we did.”

In this episode of our “How I Made It” series, Veronique dives into the origins and diversity of Tejano music, what her journey as a woman in a male-dominated industry has been like, and the importance of archiving and preserving Tejano music for generations to come.