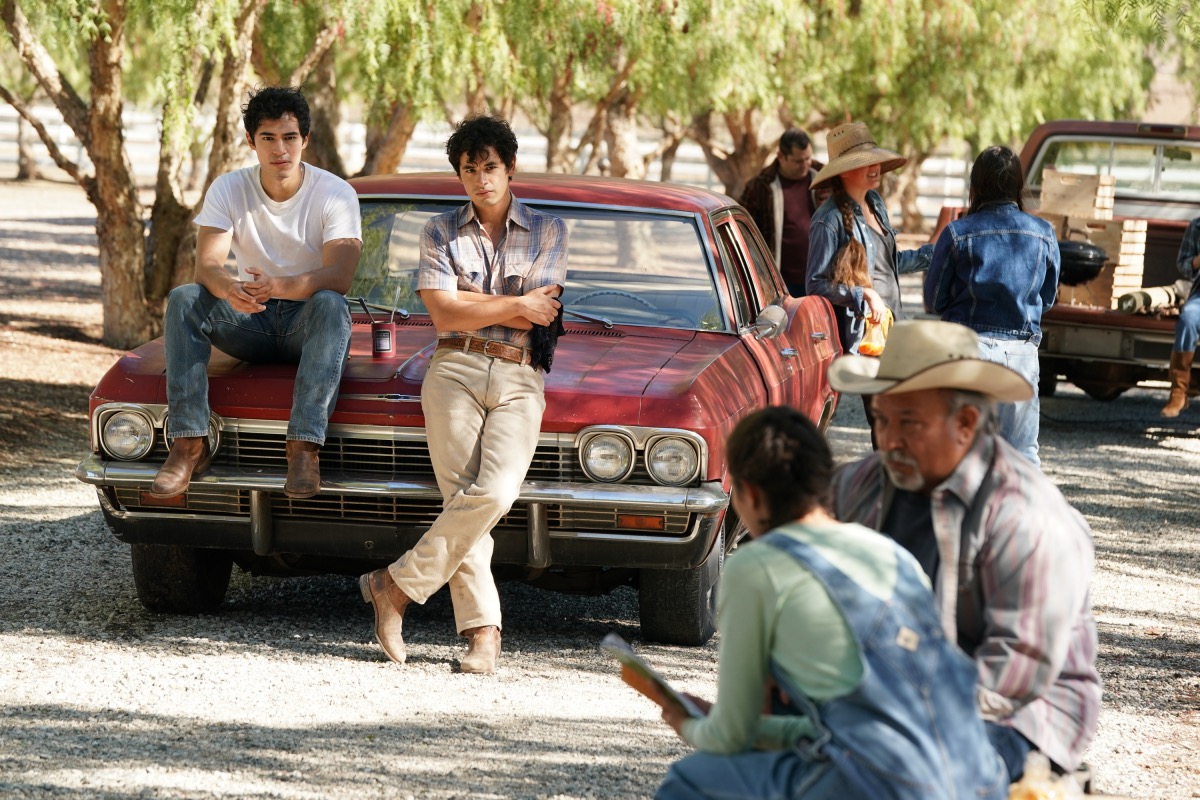 From left to right, Rolando Chusan and Andres Velez in ABC’s ‘Promised Land’ (Courtesy of ABC)

With the recent cancelation of Gentefied —and seemingly every other Latinx show— there’s a lot of pressure on ABC’s new Promised Land. It’s a unicorn: a primetime, network drama featuring Mexican American characters, played by Hispanic actors, and created and run by Matt Lopez (Bedtime Stories, The Sorcerer’s Apprentice).

In a recent chat with Latino Rebels, the Cuban American called the show’s creation “a bit star kissed,” saying it started when ABC called him and wanted to know if he was interested in creating a primetime drama about a Latinx family.

His answer? It depends.

He didn’t want to make a telenovela, though he grew up with them. Instead, he wanted something more real. He told ABC he’d be interested in making a “John Steinbeck, John Ford, California story, [with a] multi-generational scope.”

They gave him the green light and I’d say the resulting Promised Land draws upon a mix of inspirations. It certainly has some telenovlela-esque elements—the premise basically centers on a super-rich Mexican-American family with secrets. But it also recognizes the glitz and glam of the Sandovals’ successes are just one moment in time.

The show depicts two plotlines: the current-day Sandovals who run one of the most prosperous wineries in California’s Sonoma County; and some 35 years earlier, when patriarch Joe (John Ortiz) and his eventual wife Lettie (Cecilia Suárez) were undocumented farmworkers.

The result lends the show more depth and political significance, particularly around immigration. The pilot features a version of Bruce Springsteen’s “Born in the U.S.A.,” a song that everyone said would be impossible to get. But Lopez, who calls himself a “casual Springsteen fan,” wrote the legend a letter. In it, he said he wanted to reclaim the song “on behalf of millions of people who are not born in the U.S.A., but like Joe Sandoval in our show, were reborn in the U.S.A. and embody the values of the American dream, as well, if not better, than people whose families have been here for generations.”

With that, he got the song. 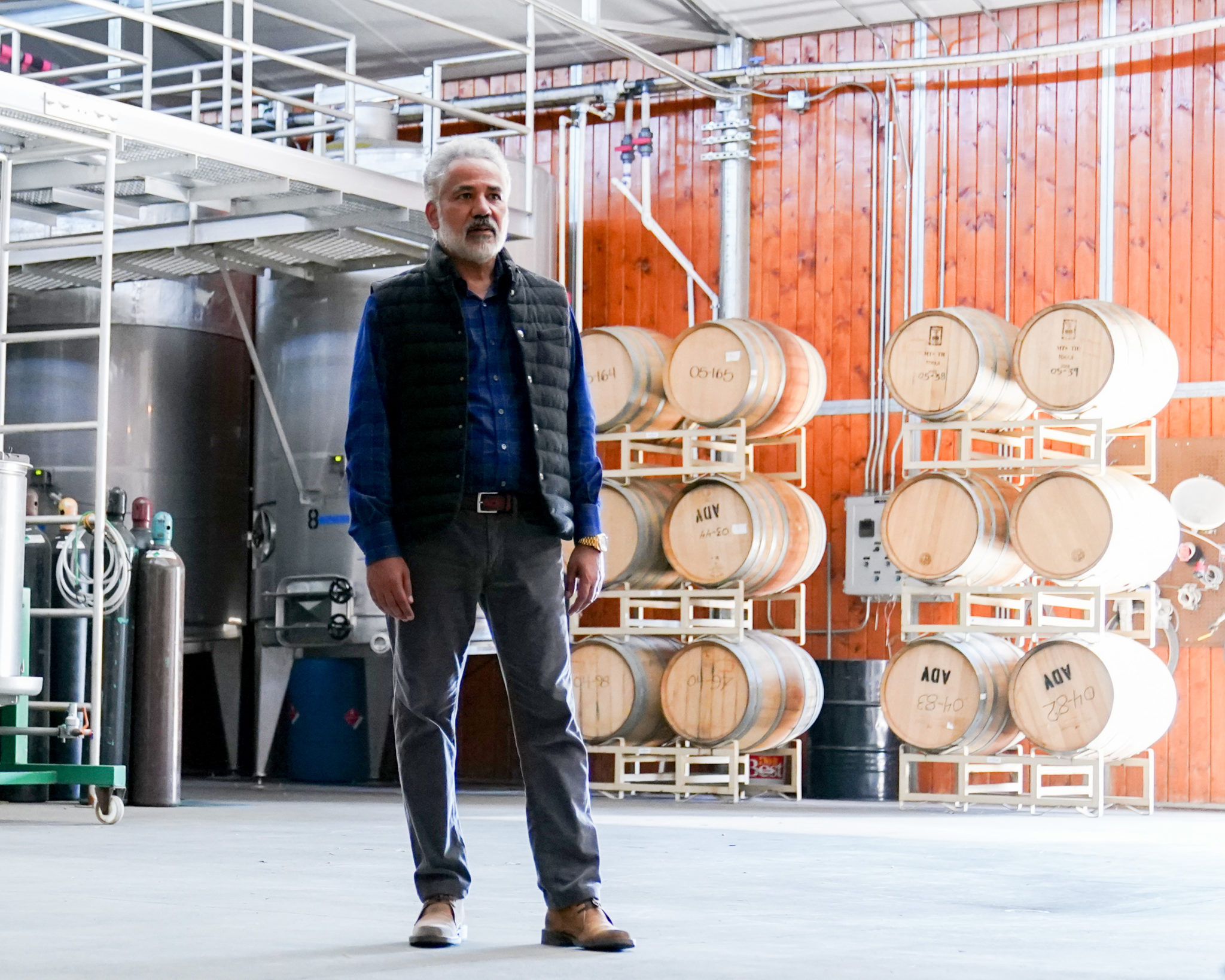 Springsteen aside, Lopez calls the country’s current debate around immigration “pathetic,” frustrated at how the national conversation “never talks about the fact that the only difference between the people who have been here and the people who are arriving is the passage of time.” He hopes Promised Land can help more people come to that realization, particularly because it’s been so helpful in him understanding his family and identity.

Lopez identifies as third-generation and had the idea for Promised Land’s dual timelines at Home Depot, of all places. Noticing the day laborers there, he thought how different his life is from theirs, how fortunate he is. But he also saw his grandparents in them, the generation who came before his parents who worked in the fields and in the factories so he didn’t have to. For all his success in Hollywood —which includes nearly 20 years as a working writer— the only thing really separating him from them is “the passage of time.”

Now he pays it forward through his work. He’s proud to have a truly Latinx show, both in front of and behind the camera. His writing room is mostly Latinx and so are the episode directors. While that may sound like common sense, Lopez notes that many of the writers on Promised Land previously found themselves the only Latinx person on similarly-themed shows, stuck in the uncomfortable position of having to represent all of Latinidad—which is surely impossible since Latinx people are so different from one another.

Lopez notes that Latinx people are not a monolith and originally wanted to cast Promised Land “completely authentically’—a.k.a. with all Mexican/Mexican-American actors. When scheduling made that too difficult, he pivoted and is grateful he did so. 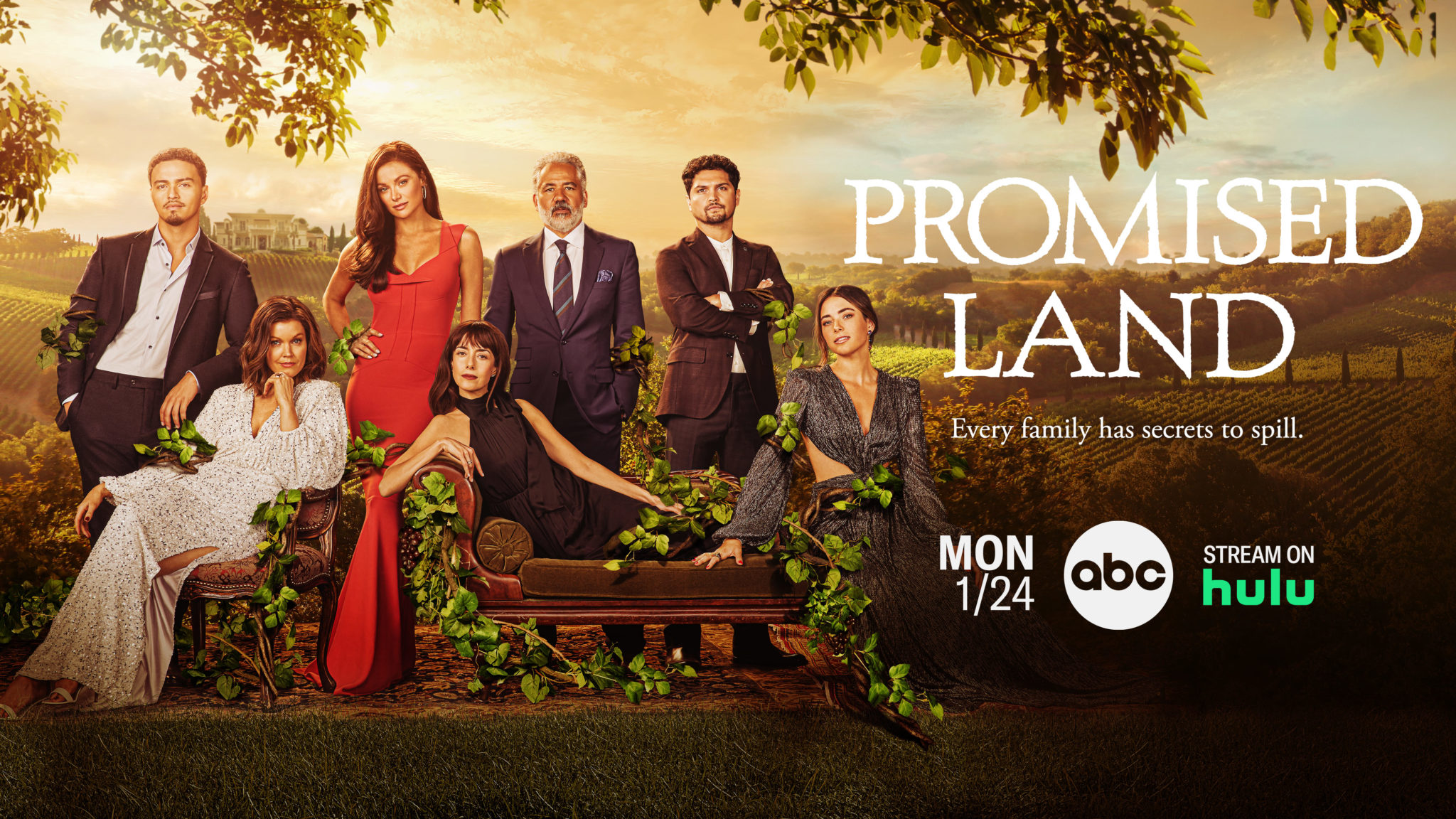 The richness of bringing together Latinx people from all different places has taught him some things. Yes, we eat different food and have different experiences, but there’s also a lot in common—a theme that’s echoed in the third episode, when Mexican Joe Sandoval is speaking with a Salvadoran immigrant Daniela (Natalia del Riego). Joe says the language, Spanish, brings us together, but Daniela counters. For her, it’s “la lucha“—which is also the name of the episode and a broader theme.

Of course, la lucha isn’t just on-screen but in making it to and staying on air as well. Lopez declares “there’s a lot of Spanish” on Promised Land and is glad ABC hasn’t called him to ask him to tone it down.

Lopez took the message to heart, shared it with his writers, and then tried to forget about it. He’s focusing instead on just telling this one story to the best of his ability.

Promised Land airs Monday nights on ABC and is available to stream on ABC.com and Hulu.