Lights, Camera… ¡Acción! A Latino Take on the Oscars (A Latino USA Podcast) 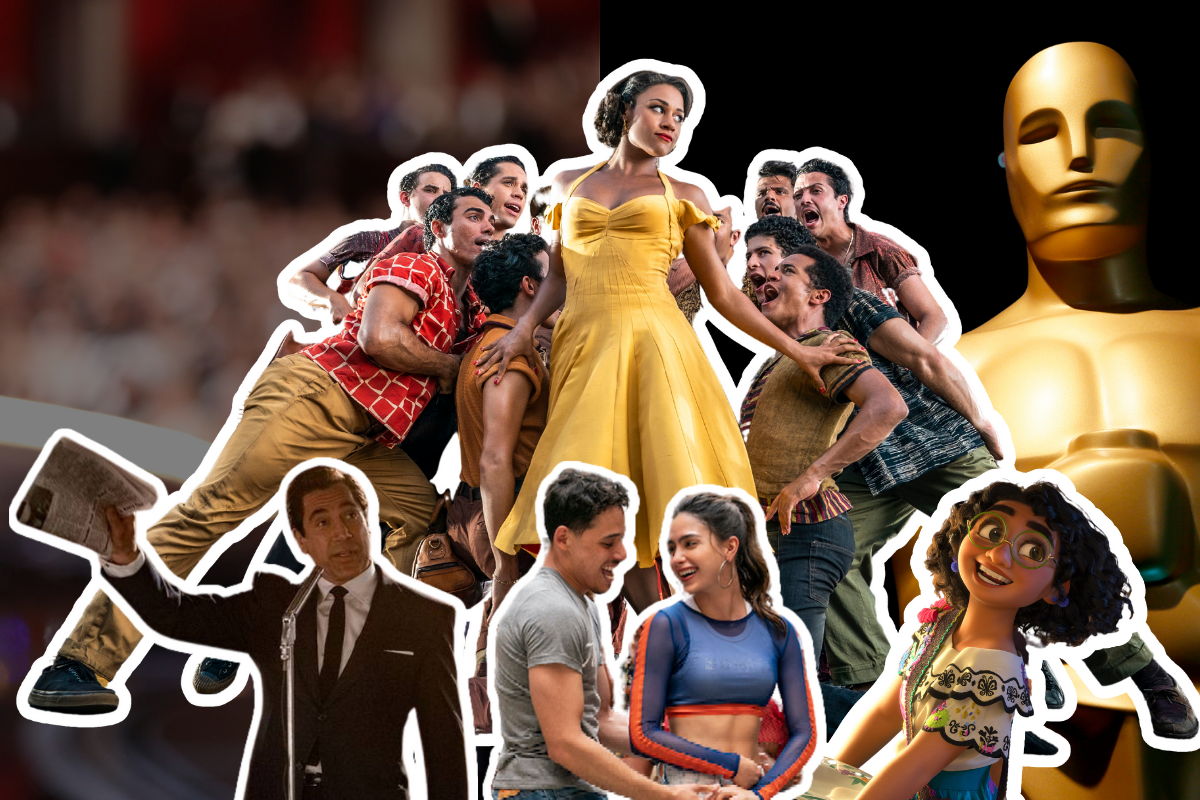 2021 was a big year for Latinos in Hollywood, and now they’re getting some awards season love.

With this year’s nominations, the Academy Awards are shining a spotlight on some Latino artists. Big-budget musicals like Encanto and West Side Story are in the running for some of the evening’s biggest prizes, including Best Animated Feature and Best Picture, respectively. Other films with Latino characters and creators being recognized this year include Being The Ricardos, a biopic about Lucille Ball and Cuban-American actor Desi Arnaz, and Nightmare Alley, Mexican auteur Guillermo Del Toro’s latest film, which also got a Best Picture nod.

Some of these wins might even be historic. With his nomination for Best Original Song in Encanto, Lin-Manuel Miranda is on the verge of EGOTing (the term for winning at least one of all four Emmy, Grammy, Oscar, and Tony awards). And if Ariana DeBose takes home the award for Best Supporting Actress for her role as Anita in West Side Story, she will become the first openly queer and Afro-Latina actress to win—though she’s already made history just by being nominated, as no Afro-Latina actress has ever been considered in an acting category at the Oscars before.

But many critics find it worth asking: is this the kind of representation Latinos and Latinas have been looking for in Hollywood? And after being systematically shut out of the Oscars for nearly a century, is this recognition from the Academy something we should be striving for, anyway?

On this episode of Latino USA, Latino and Latina film critics Clayton Davis, Cristina Escobar, and Jack Rico step up to the mic for a roundtable about Latinos in film this past year. Ahead of Hollywood’s biggest night, they discuss the honors (and snubs) for Latino-led films this awards season. They also delve into the importance of diversity in criticism, and push the conversation beyond the topic of “representation” to envision a more inclusive future for Latinos in Hollywood.

So sit back, get your popcorn —or palomitas— ready, and lights, camera… action!

This episode was produced by Alejandra Salazar.