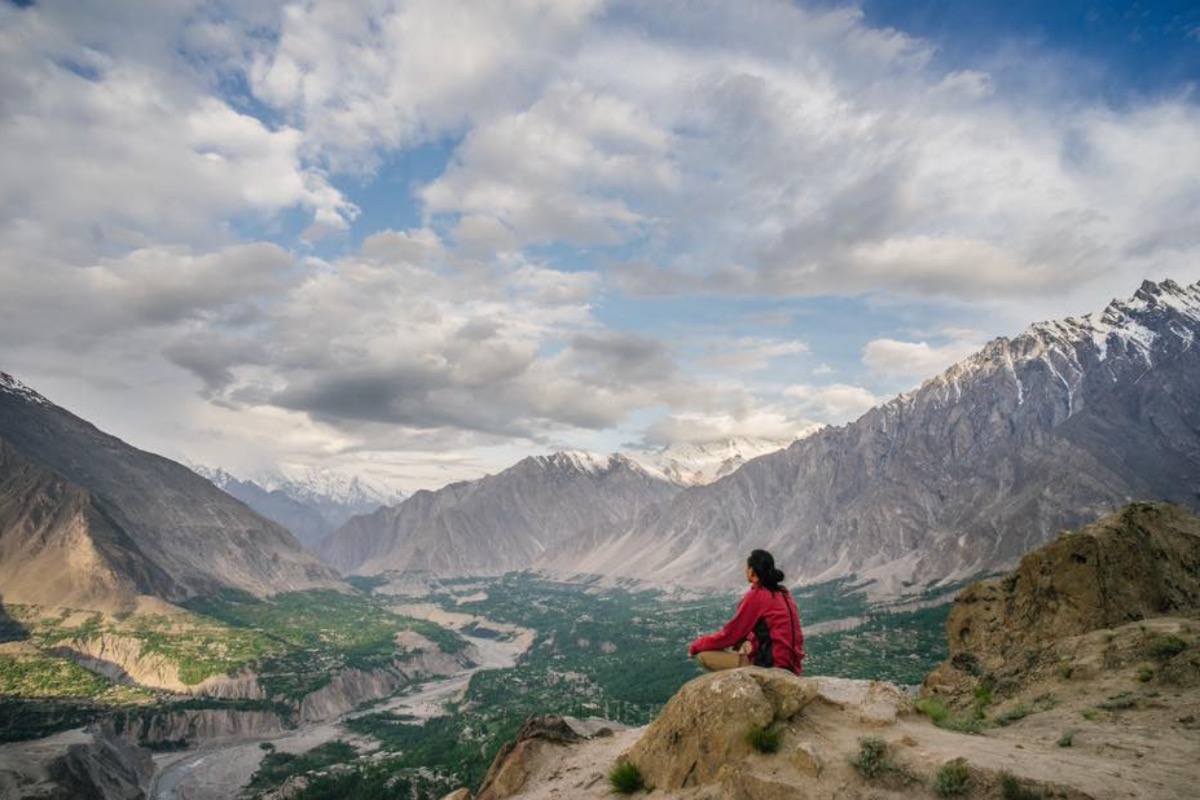 Pawo Choyning Dorji, director of ‘Lunana: A Yak in the Classroom,’ which is on the shortlist this year for an Oscar for Best International Feature Film (Courtesy of Dangphu Dingphu:a 3 pigs Production)

In the pre-internet days, there was a time when if I wanted to better understand the world from my home in Los Angeles, I would drive to Pasadena and watch a foreign film at the Playhouse 7. Afterwards, I would go to Vroman’s Bookstore to find a book that would help me better understand the country of origin of the film. Then I would take that book to La Caravana on North Lake to eat pupusas con ayote y frijoles and a kitchen-sink beverage they call la ensalada.

Upon watching Lunana: A Yak in the Classroom, I was transported back to those inspired Sundays spent discovering the world through foreign film.

Lunana is a village at the furthest end of Bhutan, and it is the setting for the film. Aside from the beauty of its nature and its people, there is a takeaway that seems most impactful: Lunana is a place with limited resources, comforts, and convenience, but it has a surplus of happiness, peace, and a sense of belonging.

A Still from ‘Lunana: A Yak in the Classroom’ (Courtesy of Dangphu Dingphu:a 3 pigs Production)

Lunana: A Yak in the Classroom is nominated for Best International Feature Film in the Academy of Motion Picture Arts and Sciences, better known as the Oscars. You can rent or buy the film here. If you have an active library-based account, you can watch the film on Kanopy.

In the most recent episode of Intelatin, I had the opportunity to interview the director of the film, Pawo Choyning Dorji, and here is wisdom that he shared with me:

“For me, the protagonist represents the urban, modern youth of Bhutan. He is disinterested with being Bhutanese. We were isolated from the world beyond our mountains. We connected to the Internet in the 2000s. When you learn about the world so late. You begin to see yourself as a frog in a well and you begin to look beyond. In Bhutan, we are losing thousands of our youth. They all went to explore the seas and go beyond the well. 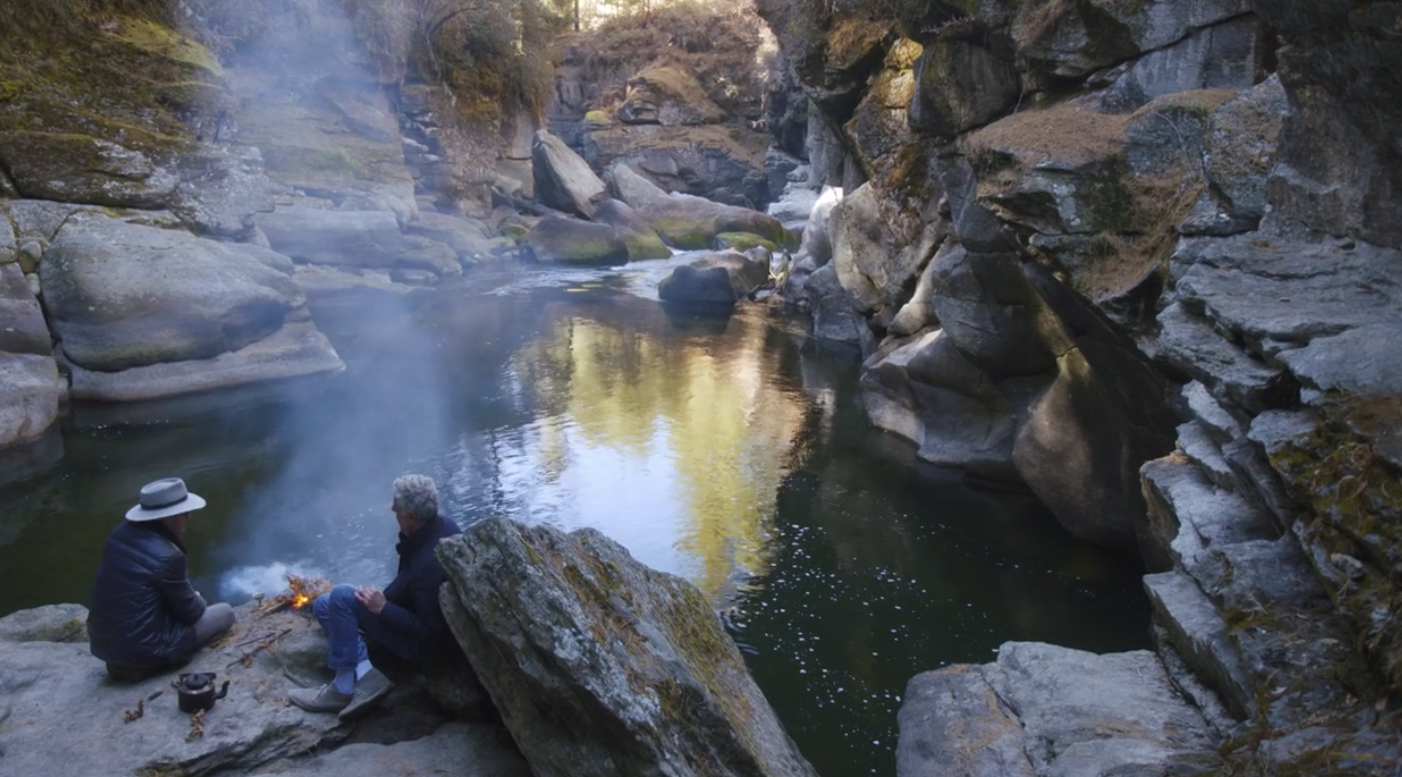 “Still, we are a Buddhist kingdom, grounded in the teachings of the Buddha and being content with everything. When we were grounded in these spiritual traditions, it wasn’t a problem but as we modernized, the grounds of contentment are shaken. We think the grass is greener on the other side. There is no poverty when you don’t have something to compare it to.

“I was not isolated as a child, my father was a diplomat so I grew up in the Middle East, India, America, Europe and came back to Bhutan when I was around 18. I had a superiority complex. I was educated. I thought I was better than the traditional people. I learned how precious the tradition was over time. I was just like the protagonist and I tried to show that in the movie.

“I have never been to Latin America but I am a devout Buddhist and we have a circle. A Sangha. A group of students who study on the path together. I can say with confidence that my two favorite nationalities in my Sangha are the Brazilian and the Mexican. They have such a passion for life. I find myself very uplifted to be around my Mexican friends.

“You know, it is very rare for a poor country to receive an Oscar nomination. In Asia, it is usually Japan and Korea that can afford it. These countries see entertainment and filmmaking as a very powerful soft power. I hope that Lunana finds wide-distribution in the Americas so that we can get audience support and introduce them to the Kingdom of Bhutan.” 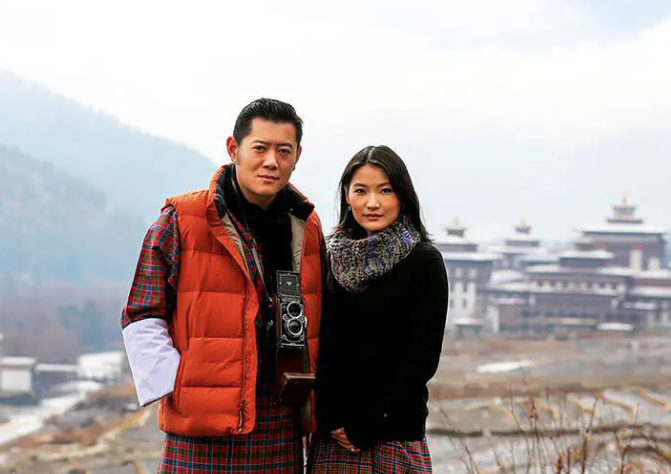 In Bhutan, the objective is not the experience of travel for luxury gluttony. The objective is more Buddhist in nature: To contemplate and grow your internal happiness and to find a sense of belonging. For Spanish speaking individuals living in the Americas, it would be for those interested in the Himalayas but not necessarily in trekking through them but rather looking at them from a distance. For those interested in breathing the clean fresh untouched mountain oxygen. There is a word for this kind of travel, and it focuses on what happens after you come home after being in a place like Bhutan: integration.

Dr. Tanya Kammonen is a scientist pioneering this concept of integration in the Shipibo-Conibo Nation in Peru. She uses integration in reference to people who are “ill” and reach out to plant medicine for a cure. After Ceremony, they then need to be “integrated” back into Western culture. They travel for Self-Mastery, Self-Inquiry and Self-Discovery to arrive at Healing.

Dr. Kammonen focuses on the moments immediately after the Ceremony with the plant medicine and then helps the individual re-contextualize their experience for ordinary life. (In the case of Bhutan, let’s make the Himalayas synonymous with plant medicine.) She assists in the cleaning and clearing of trauma and repressed emotions and re-aligning energies, paths and directions for the benefit of ontological inquiry.

I’d be very happy if this film, Lunana: A Yak in the Classroom, led a great number of Latina/os up the mountain to Bhutan which led up a path of collective healing for our peoples and cultures in the Americas. This concept of collective neuroplasticity has been a priority subject at Intelatin over the last 25 years.

On another note, it is my opinion that there is an undercurrent on the periphery of the film industry to complain, complain, complain. In my community, the biggest complaint is that there are not now nor have there ever been any high-quality Latina/os in Hollywood. Even though this may be true, I’ll go on record to say that in this season, with films like Lunana: A Yak in the Classroom (Bhutan/Laemmle), Drive My Car (Japan/HBO Max) and CODA (USA/Apple+), I am very pleased with the quality of the films being produced. My hope for Maestro Pawo is that he benefits from the current wave of high-quality talent that is benefiting from all the streamer investment.

Sergio C. Muñoz opened Intelatin, LLC in March 1996 in the Beverly Glen of Bel Air to focus on showcasing a culture of buenavibra for Latina/os in the Americas. His radio broadcast originated at KKJZ 88.1FM and KBeach Global Radio. His latest work has been featured at Revista, the Harvard Review of Latin America, México Cómo Vamos, and on PBS.