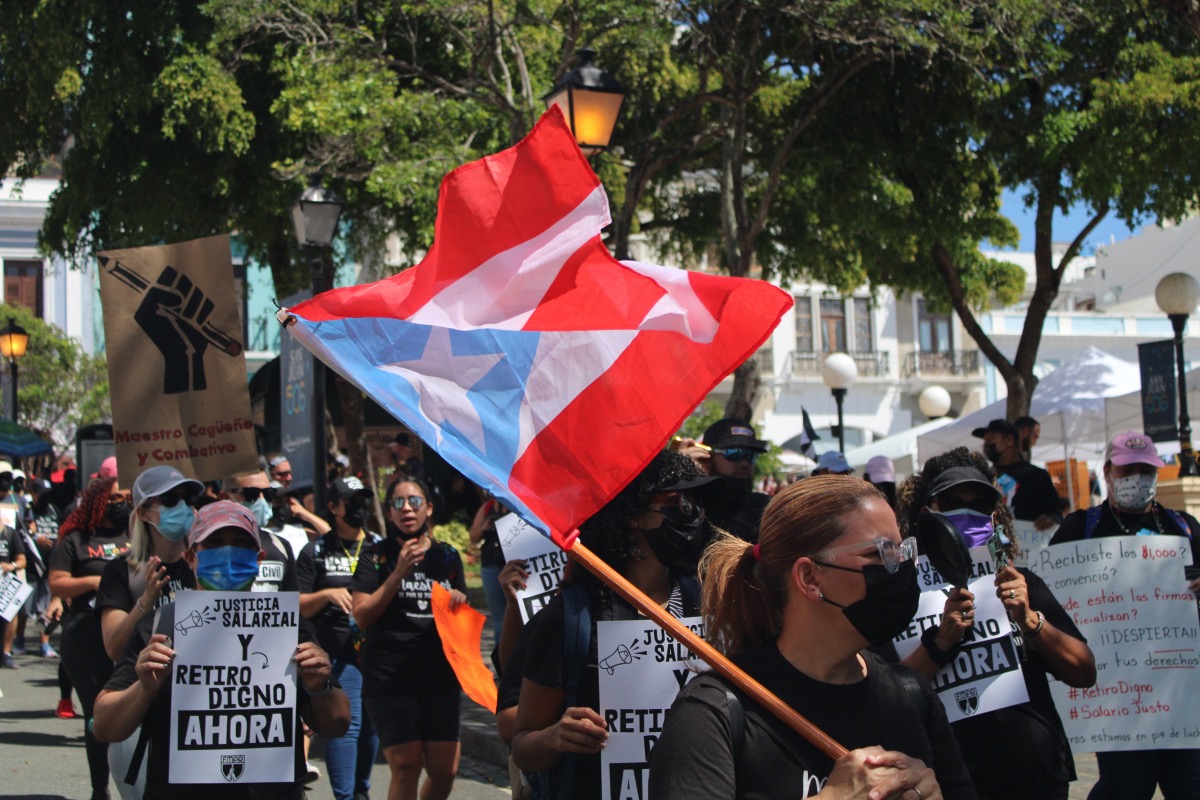 SAN JUAN, Puerto Rico — A new debt restructuring plan has officially brought Puerto Rico’s government out of bankruptcy after it declared its more than $70 billion debt unpayable in 2015.

Gov. Pedro Pierluisi calls it the beginning of a “new era” for Puerto Rico, while workers call it a decades-long curse.

The debt restructuring plan, which was put forth by the U.S.-imposed Financial Oversight and Management Board (FOMBPR) and approved by the chief judge of the U.S. District Court for the Southern District of New York, Laura Taylor Swain, cut Puerto Rico’s debt from $33 billion to $7.4 billion. But the plan necessitated an immediate $7 billion cash payment to bondholders, who paid cents on the dollar for the bonds, plus a $10 billion bond swap.

While intense public pressure led to the worst parts being left out of the plan, many still view it as only leading the archipelago further into ruin through ever-expanding budget cuts and austerity measures.

Natalie Jaresko, the outgoing executive director of the FOMB set to step down on April 1, classified the plan as opening a “new chapter in Puerto Rico’s history.” 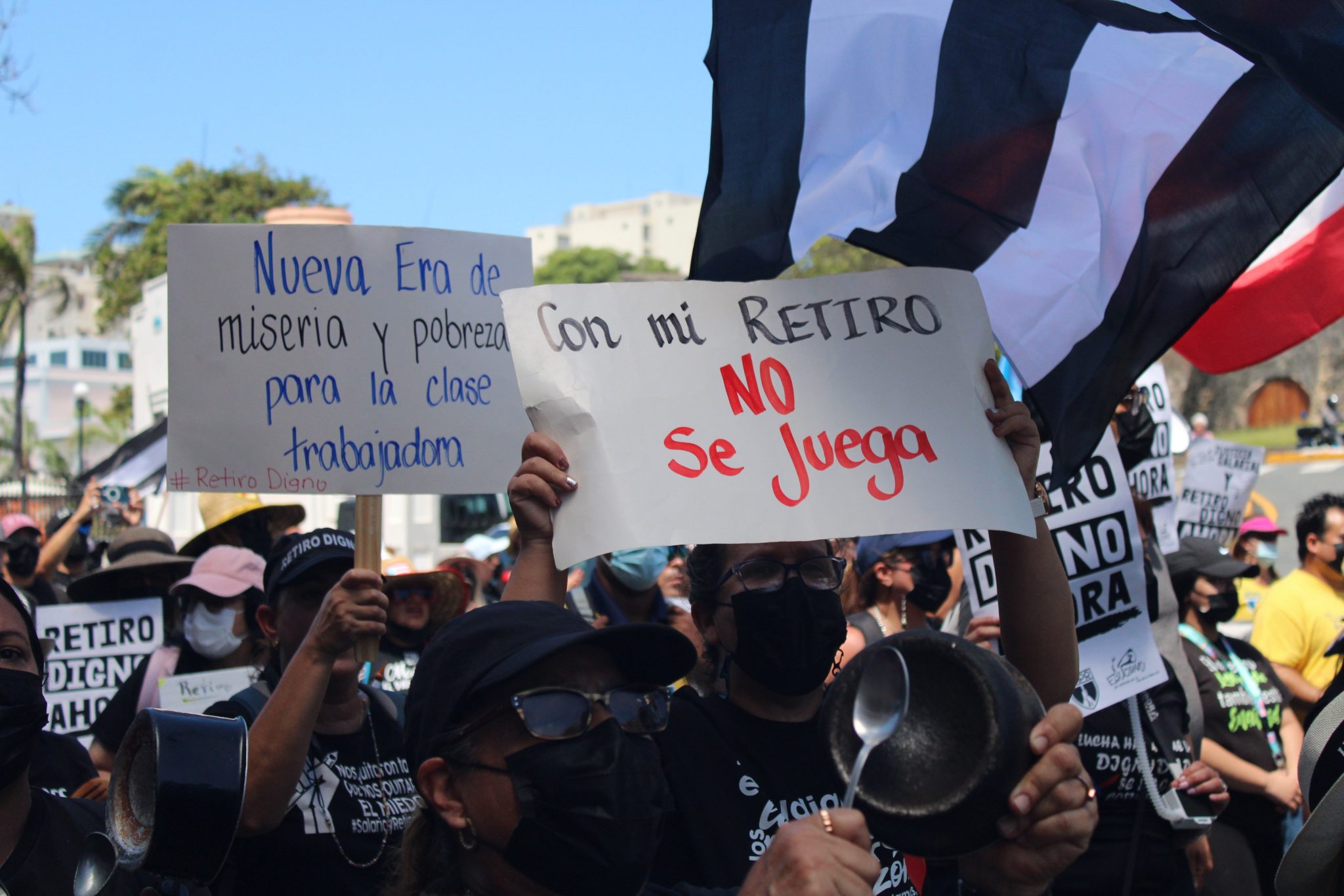 Gov. Pierluisi, who previously worked as a lawyer for the FOMB, has said “the plan is not perfect but it is very good for Puerto Rico.”

Puerto Rico paid $10 billion, a full year’s budget, to bondholders in advance of the plan going into effect on Tuesday. The plan also settles more than $1 billion claims made by residents and local businesses. Additionally, it will restore more than $1 billion taken from the public pension system.

“Puerto Rico can pay everything that is there as long as it stays the same or grows,” said lawyer and economist John Mudd, who represents some of the bondholders. “This is the first step for the end of La Junta.”

The Puerto Rico Oversight, Management, and Economic Stability Act signed into law by former President Barack Obama in June 2016, stipulates that the FOMB will leave Puerto Rico once it has had four consecutive balanced budgets, meaning it won’t leave until 2026 at the earliest.

Even though multiple critics have called for it, Puerto Rico’s debt still remains to be independently audited.

While many champion the plan as the beginning to a halcyon era for Puerto Rico, the working class see it as an increase to the austerity and precarity of daily life in the archipelago. The University of Puerto Rico, the only public university system in the archipelago, had its budget cut by 50 percent. Meanwhile, public sector workers will have their pensions frozen without the possibility of an increase to match inflation until the debt is paid.

“We have to organize the resistance because the debt restructuring plan is going to be felt throughout PR,” Mercedes Martínez said. “When people feel it, people will organize to do whatever’s necessary to revoke this plan.” pic.twitter.com/iMl7QiQr2o

“When people feel the (effects of the plan), people will organize to do whatever is necessary to revoke this plan,” Teachers Federation President Mercedes Martínez Padilla tells Latino Rebels. “The sense of indignation is big. After an entire life in public service, being told that your retirement age will be increased by an additional eight years only to receive much less. We’re talking about cuts over 40 percent (to pensions), which will not be enough for you to live when you’re elderly.”

Many Puerto Ricans fear that the government will be unable to pay the debt even after the restructuring plan goes into effect, essentially locking public sector workers and public services into worse conditions for eternity.

During the lead-up to the plan being confirmed and approved, tens of thousands of workers and students mobilized to stop the plan. Public school teachers, who have been leading the charge, organized a week-long “Teacher’s Flu” protest, where more than 50 percent of teachers were absent from work at different points.

They were later joined by firefighters, waiters, and police officers, as well as workers from the Departments of Family, Treasury, and Finance. The pressure from these protests and strikes led to salary increases for many public-sector workers.

The funding for these increases comes from a mix of raises approved by the debt restructuring plan and federal pandemic funding, which runs out in 2024. But the government has assured that the payments will be made permanent. 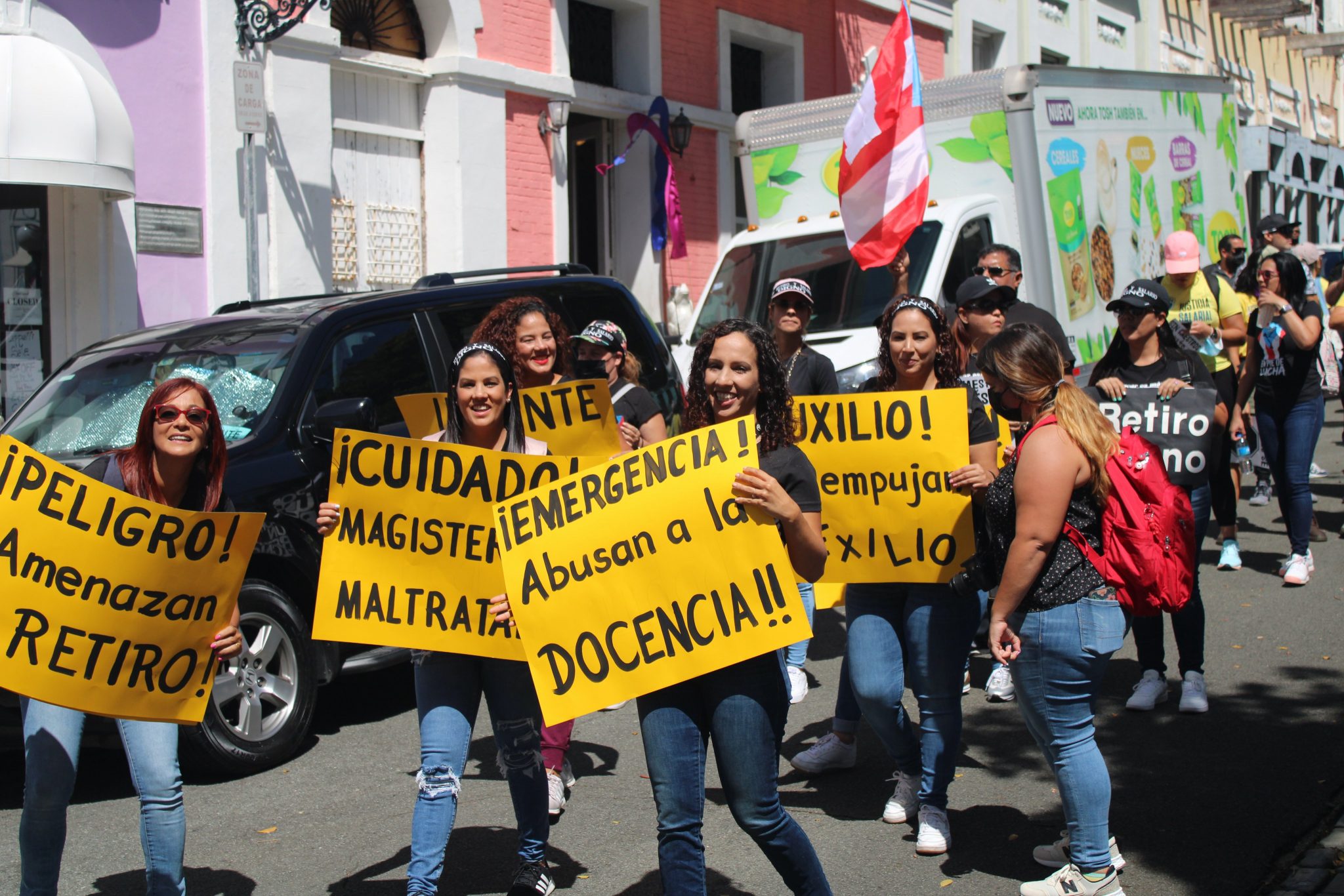 Before the plan went into effect, thousands of public sector workers retired to keep their pre-debt restructuring plan pensions intact. More than 2,500 teachers put in for retirement at the end of this school year, and eight percent of judges have retired in recent months.

Many fear that the effects of the plan will force more Puerto Ricans to leave the island in search of better working conditions.

In early March, Gov. Pierluisi announced he was pulling out of the separate debt restructuring deal for the $9 billion debt held by the Puerto Rico Electric Power Authority (PREPA). He attributed the decision to rising oil prices and worsening inflation since the deal was first struck in 2019.

The FOMBPR has said that they are currently looking into a debt restructuring plan for PREPA that does not require legislation.