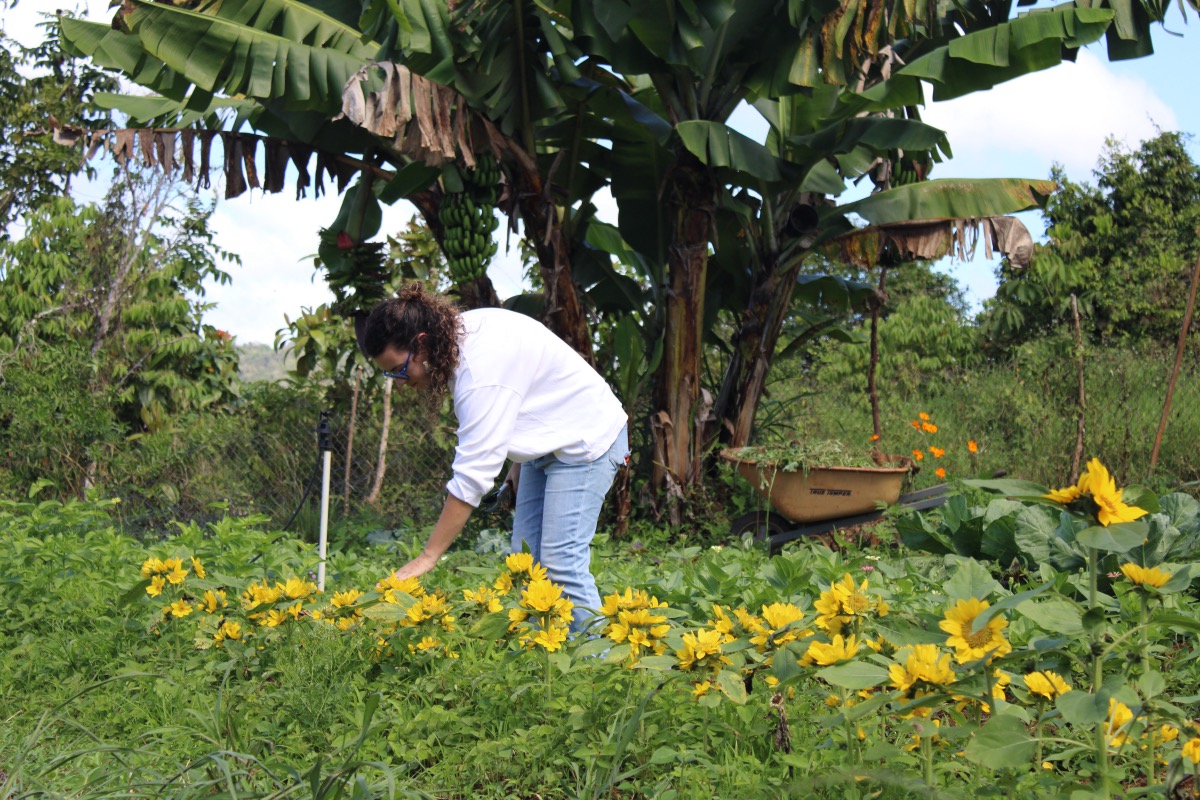 AIBONITO, Puerto Rico — Leila Mattia Gregory and Leo Laboy González dutifully tend to their small plot of land in the mountains. They have a lot to harvest this season, everything from broccoli to cotton. Razor-thin margins and rising gas prices have made them want to maximize as much of their time as possible.

But there’s a bigger problem on the horizon: climate change.

They’re hoping to expand their business so they can make their farm bigger and grow more food. But it’s growing increasingly difficult to tell when the rainy season ends and the dry season starts, she says. The more unpredictable the weather, the harder it is to know what will grow. 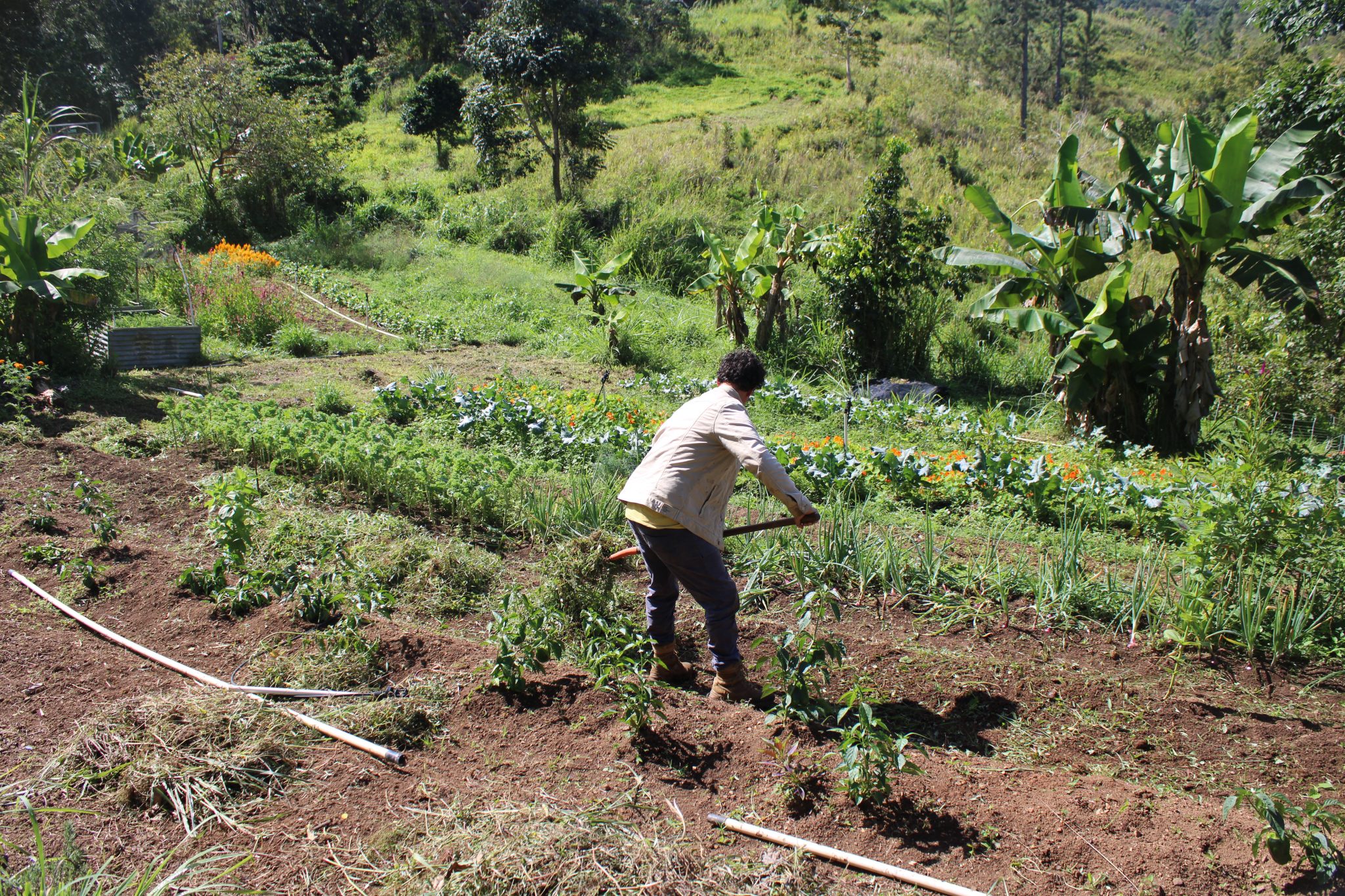 Leila and Leo started their farm, Armonia en la Montaña, in early 2018. Since then, they have been plugging away at taking care of the land, growing as big and healthy a crop as physically possible.

They run the farm alongside a third partner, Edwin Rosario Soto, who has a personal farm he keeps near his house. They also have a horse Pepa, who works as an eco-friendly weed wacker for all the pasture she can eat. Together, they’ve built a small business that sells flower arrangements and provides food for more than 20 restaurants.

Puerto Rico is “already seeing the impact of global warming when it comes to rain seasons,” says David Sotomayor Ramírez, a professor of agronomy and soil sciences at the University of Puerto Rico. 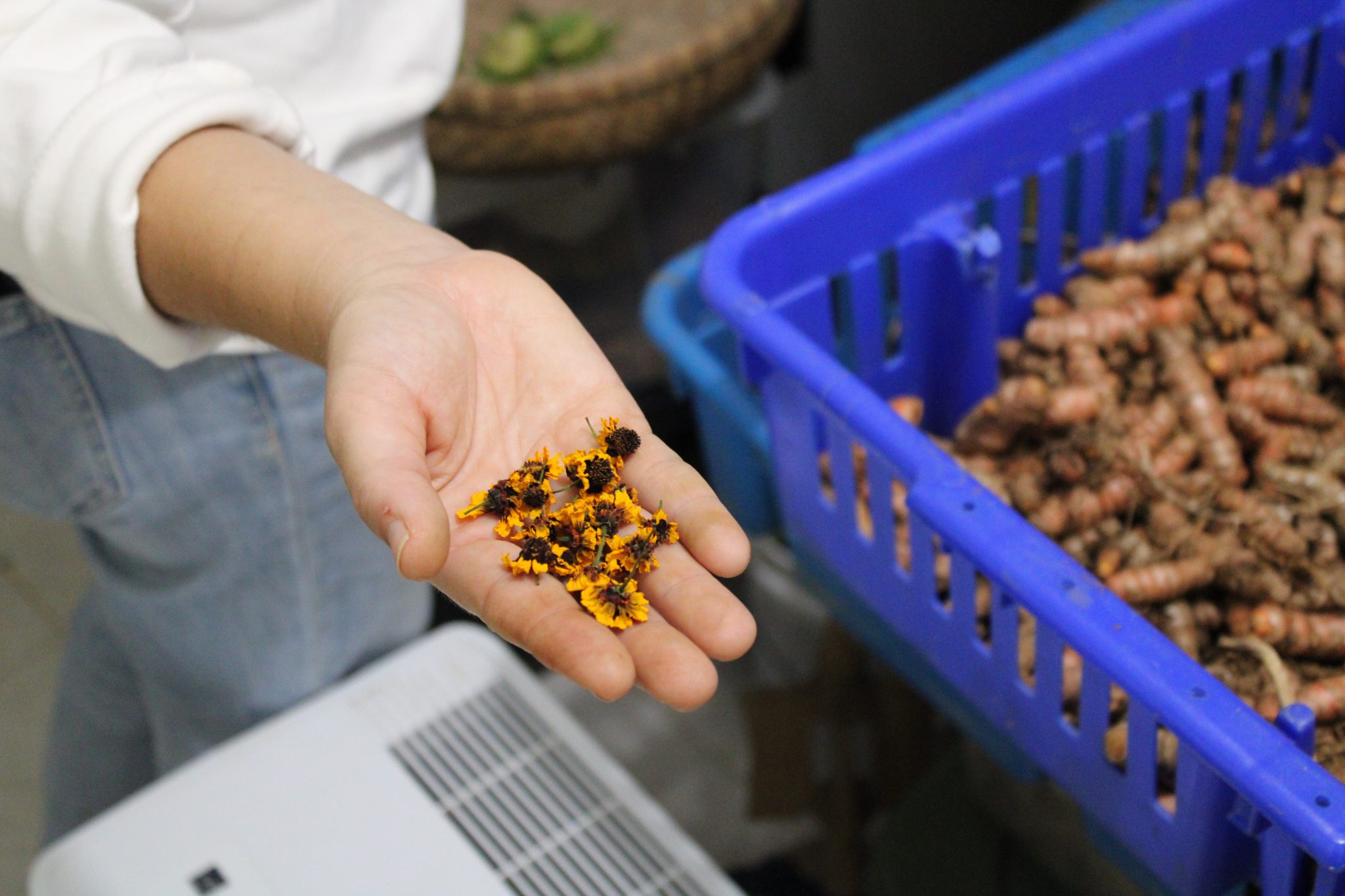 Research has shown that the Caribbean is particularly vulnerable to the effects of climate change, as the region sits smack dab in the middle of Hurricane Alley, an area of warm water that stretches across the Atlantic Ocean from the coast of West Africa, where storms usually begin, to the Caribbean and the Gulf of Mexico, where they make landfall. As the Earth gets warmer, the area will likely be the location of ever worsening storms.

Puerto Rico is five times more likely to be struck by extreme rainfall today than it was decades ago. Given that the archipelago is uniquely susceptible to flooding and its location on the eastern edge of the Greater Antilles, Puerto Rico is one of the most vulnerable places in the world to the effects of climate change.

Over the past four years, Puerto Ricans have experienced an unceasing barrage of natural disasters such as hurricanes, landslides, and earthquakes, which has made growing food difficult for farmers.

In September 2017, Puerto Rico was grazed by Hurricane Irma and directly hit Hurricane María two weeks later. Together, the Category 5 hurricanes caused more than 4,500 deaths in Puerto Rico and over $95 billion in damages. A NOAA report described Hurricane María as “by far the most destructive hurricane to hit Puerto Rico in modern times.” 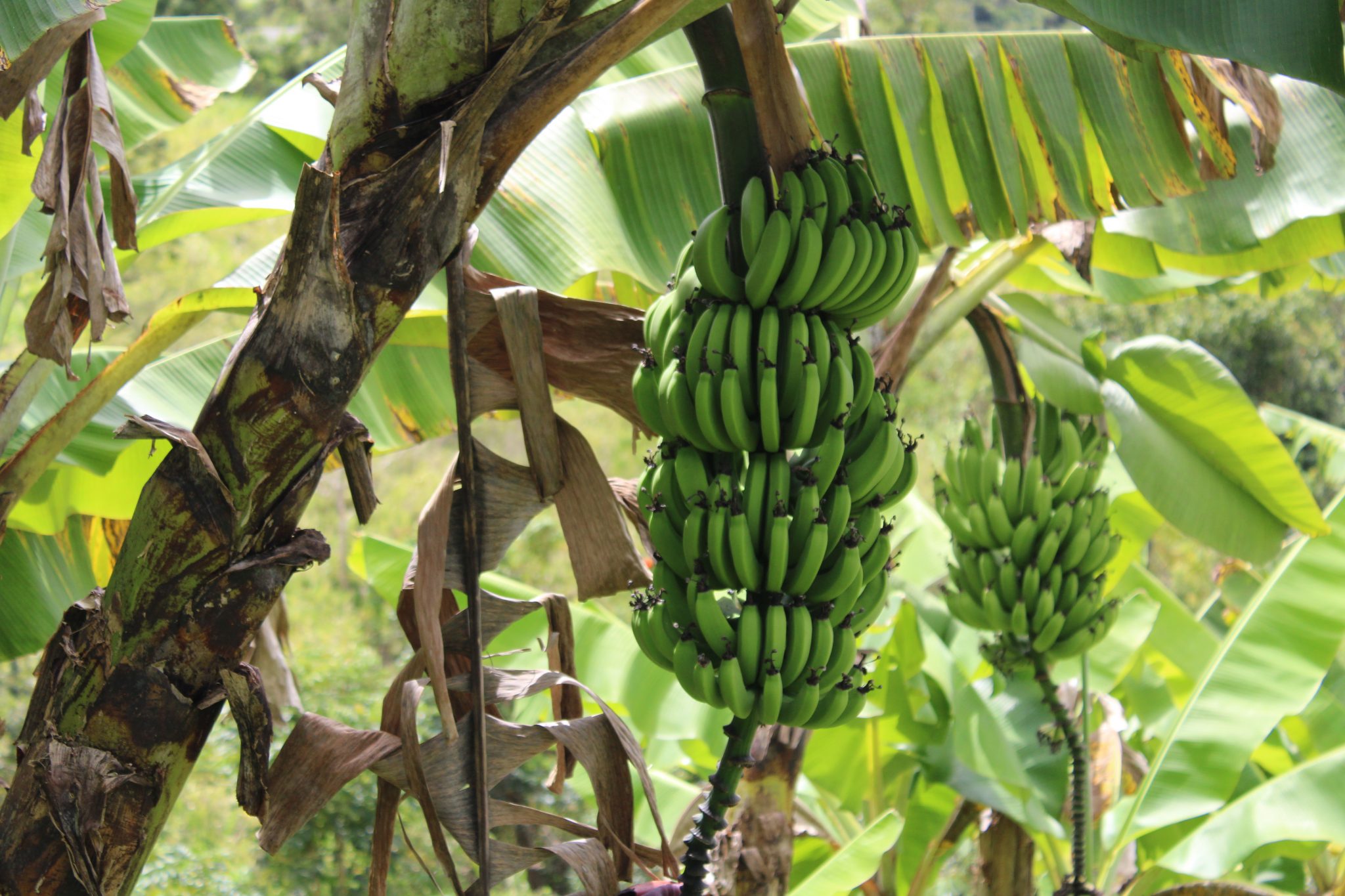 The hurricanes decimated Puerto Rico’s farms, destroying approximately 80 percent of crops on the archipelago. While Armonía en la Montaña was established post-María, it still dealt with the devastation caused by the hurricane as the farmers cleared the land to get ready to plant their crops.

Puerto Rico imports about 85 percent of its food. In the immediate aftermath of María, that number shot up to 95 percent. Even then, it was hard for people to get to the imported food due to destroyed stores and closed roads. For people in the mountains, debris made the roads practically impassable, forcing many to live off canned goods or skip meals altogether.

“Because there is so much imported food, we always think that we have food security,” Dr. Sotomayor Ramírez says.

In the wake of Hurricane María, there’s been a growing movement for locally-sourced food and food autonomy throughout Puerto Rico. Many fear that a future hurricane or another natural disaster could again cut the archipelago off from access to imported food.

“Looking at our situation, it’s clear that we are vulnerable,” says Pacheco. 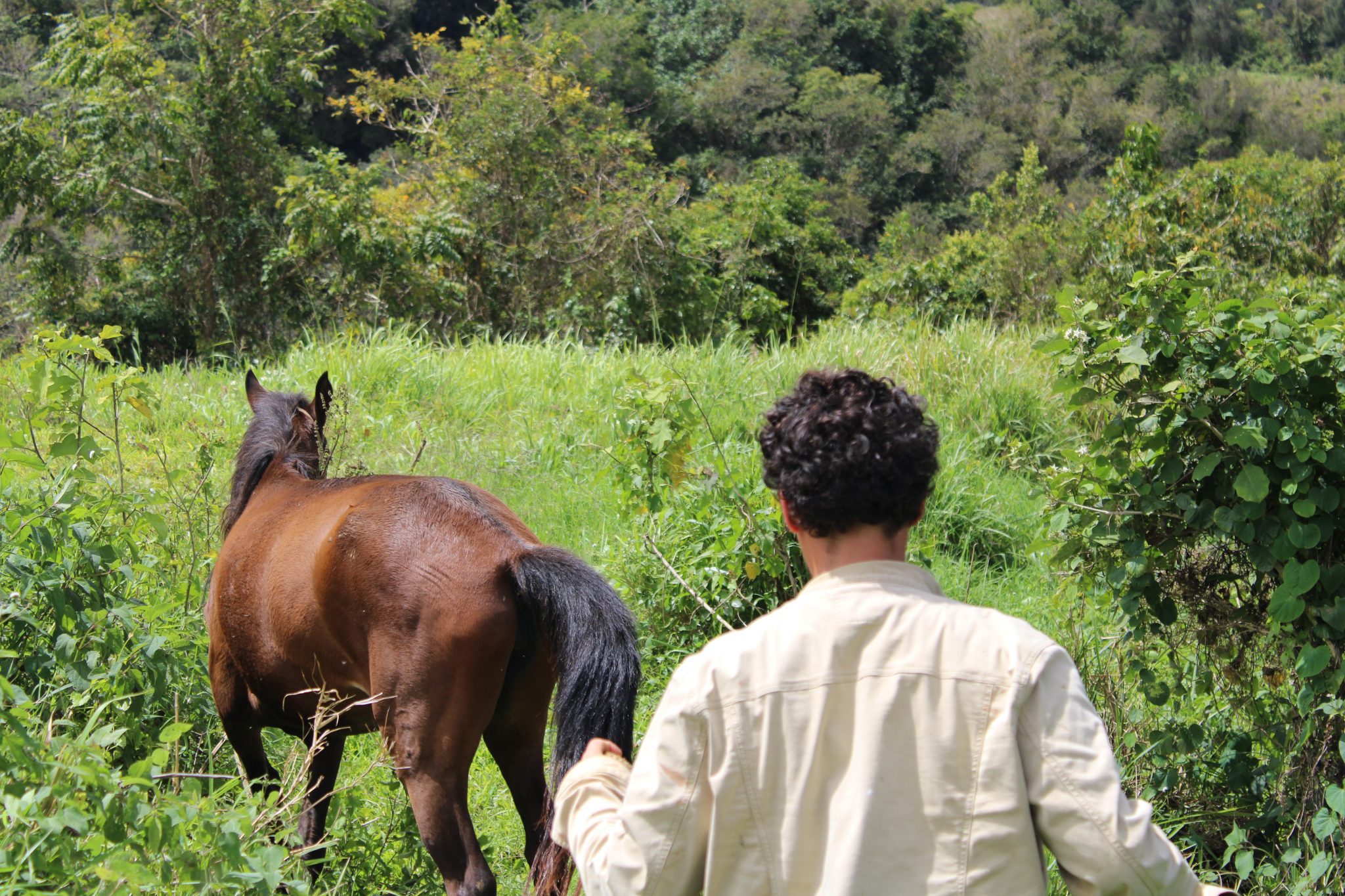 While hurricanes are the most visible problems caused by climate change for Puerto Rico, there are also problems that are less visible but more directly responsible for the inability to grow food—heat being one of the main culprits.

High temperatures can lead to heat stress in plants, which negatively affects growth and development. A 2016 report showed that climbing temperatures impact coffee farms, one of Puerto Rico’s most iconic crops. Incidentally, nearly 85 percent of coffee crops were destroyed by Hurricane María.

Climate change predictions for the Caribbean estimate longer dry periods with more intense storms in between. This mixture spells a grim outlook for farmers in Puerto Rico. The crops that used to grow in Puerto Rico will slowly yield less and less until many growers are forced to switch to something more resilient to the adverse climates.

“We’re going to have more hostile climates,” Laboy González says from the porch of the small house on the farm that they’ve transformed into equal parts rest area, packing shop, and storage facility. “The best climates are behind us. There’s no going back now.”

Recent assessments by the United Nations Intergovernmental Panel on Climate Change (IPCC) have shown that we have passed the tipping points and are rapidly hurtling towards even more environmental havoc. Many of the effects of climate change have become irreversible, and only by taking immediate action can we avoid further damage. 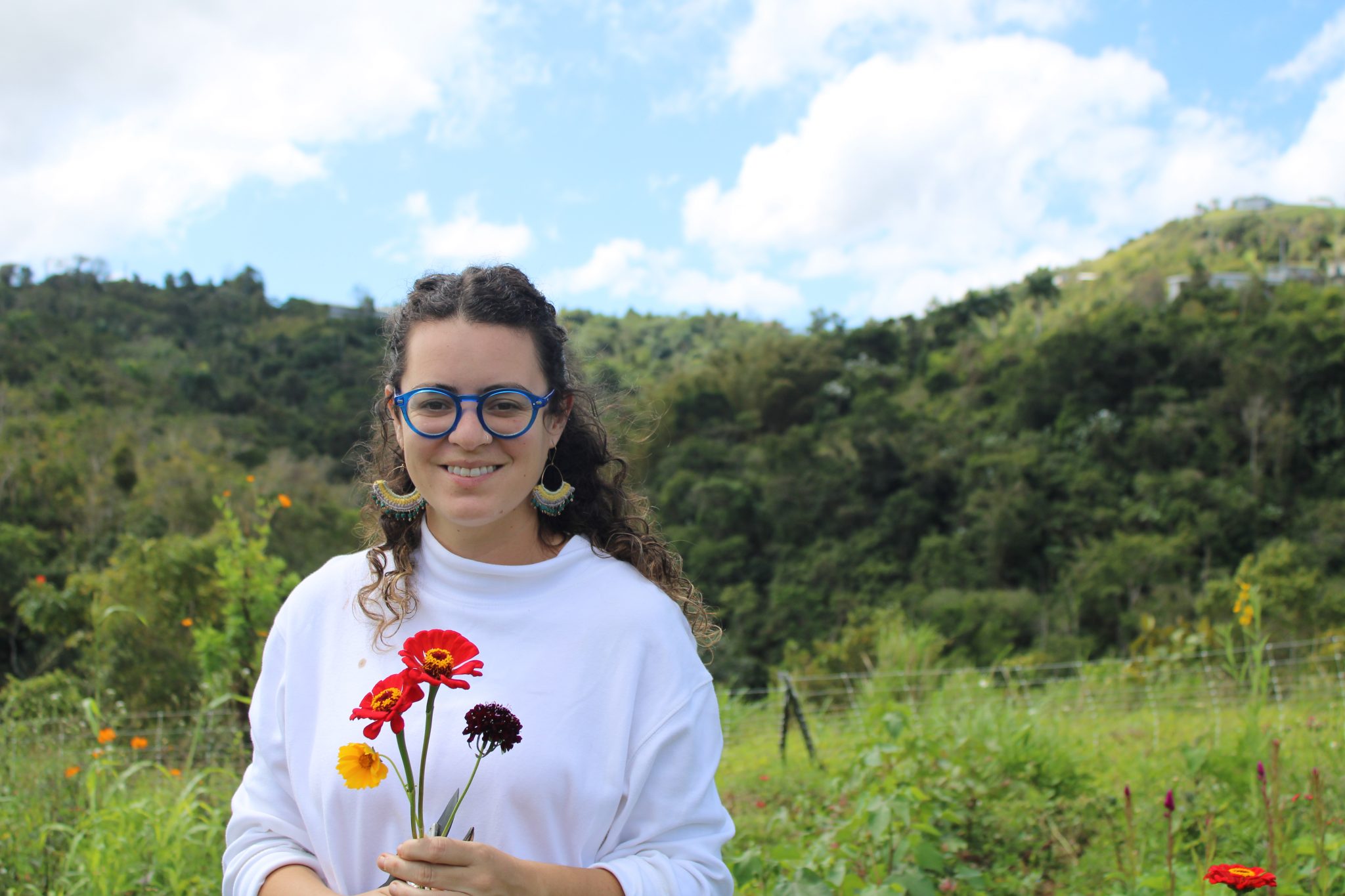 But Mattina Gregory and Laboy González remain hopeful. Gazing over their farm, with its mélange of greens dotted with reds, yellows, and blues, they’re making the calculations in their heads for what will grow in the harsher climates to come. They have a group of seeds currently gestating that they’ve tried to “baby” less in hopes of getting them more accustomed to new climates.

“We need to be resilient and grow plants that are more resilient,” Laboy González says.