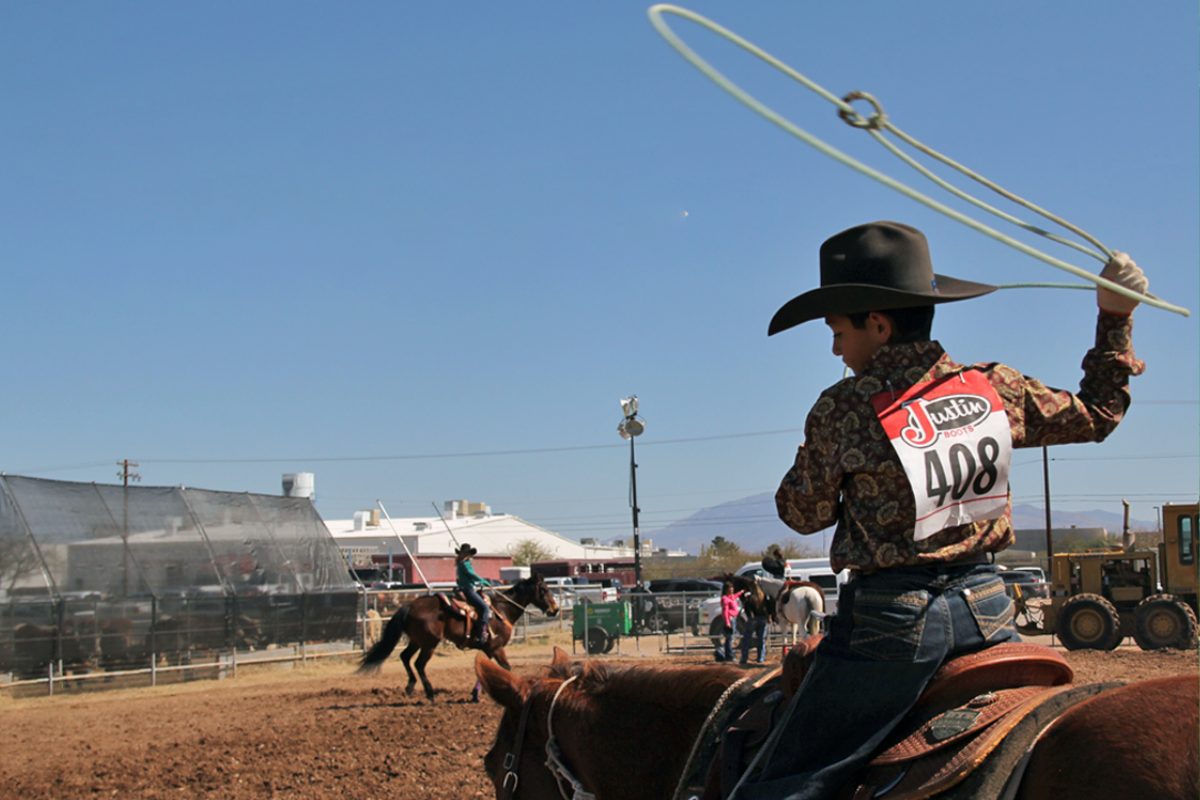 From crazy bull riding to old school vaqueros, the rodeo is where old Mexican traditions and all-American cowboys meet.

So for this special episode, Latino USA goes to the rodeo—to “La Fiesta de los Vaqueros” in Tucson, Arizona, to be exact. Rodeo is a big deal in Tucson, so much so that schools shut down the last Thursday and Friday of February for Rodeo Weekend. 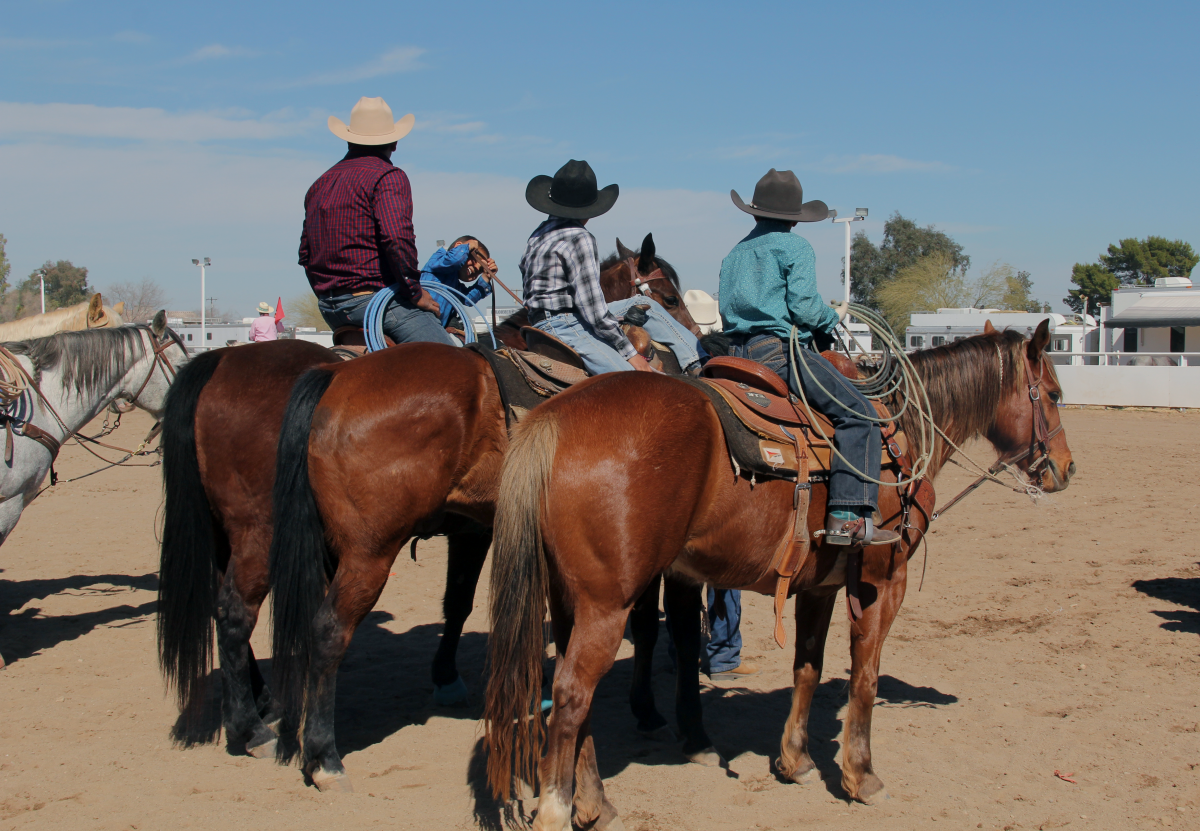 Tucson’s rodeo kicks off at the rodeo parade, the largest non-motorized parade in the U.S. with about 200 horse-drawn floats blocking the streets of Tucson’s southside. There’s regional Mexican music playing, charros on horseback, and Mexican-American families set up on the RVs watching the parade tailgate-style.

But it’s really all about what happens inside the rodeo arena: the competitions. These range from junior rodeo events like goat tying and team roping, to women’s barrel racing and men’s steer wrestling. And of course, bull riding.

While we were at the Tucson Rodeo, we learned about a talented eight-year-old Mexican-American boy who is moving up the ranks in the junior rodeo world.

Little Michael Calmelat, unlike most kids, comes home from school to practice his roping skills instead of playing video games or watching TV. He’s the son of Michael Calmelat and Rachel Mendoza, both from Mexican-American families with deep ties to ranching and the rodeo world.

Rodeo is a central part of their lives, and Rachel calls it their religion. It’s an expensive religion—between the horses, equipment, entry fees, and gas spent on long trips to get to events, the family estimates they spend 75 percent of their income on rodeo. But it’s potentially profitable as well. Professional cowboys can make up to $5 million in their careers.

The vast majority of those cowboys making it to the professional level are white, with very few Latinos on the roster. But outside the professional arenas, there is a lively rodeo scene that is more Mexican and where most cowboys can trace their roping and ranching connections multiple generations back.

Before rodeo skills became competitive, they were utilitarian, and it all started in Mexico, where the Spanish brought horses and cattle ranching. As the population in the U.S. grew by the 1800s, so did the demand for meat, and the skills of the Mexican vaqueros became indispensable. Over time, rodeo —as in rodeo, the Spanish word for rounding up— became a sport. 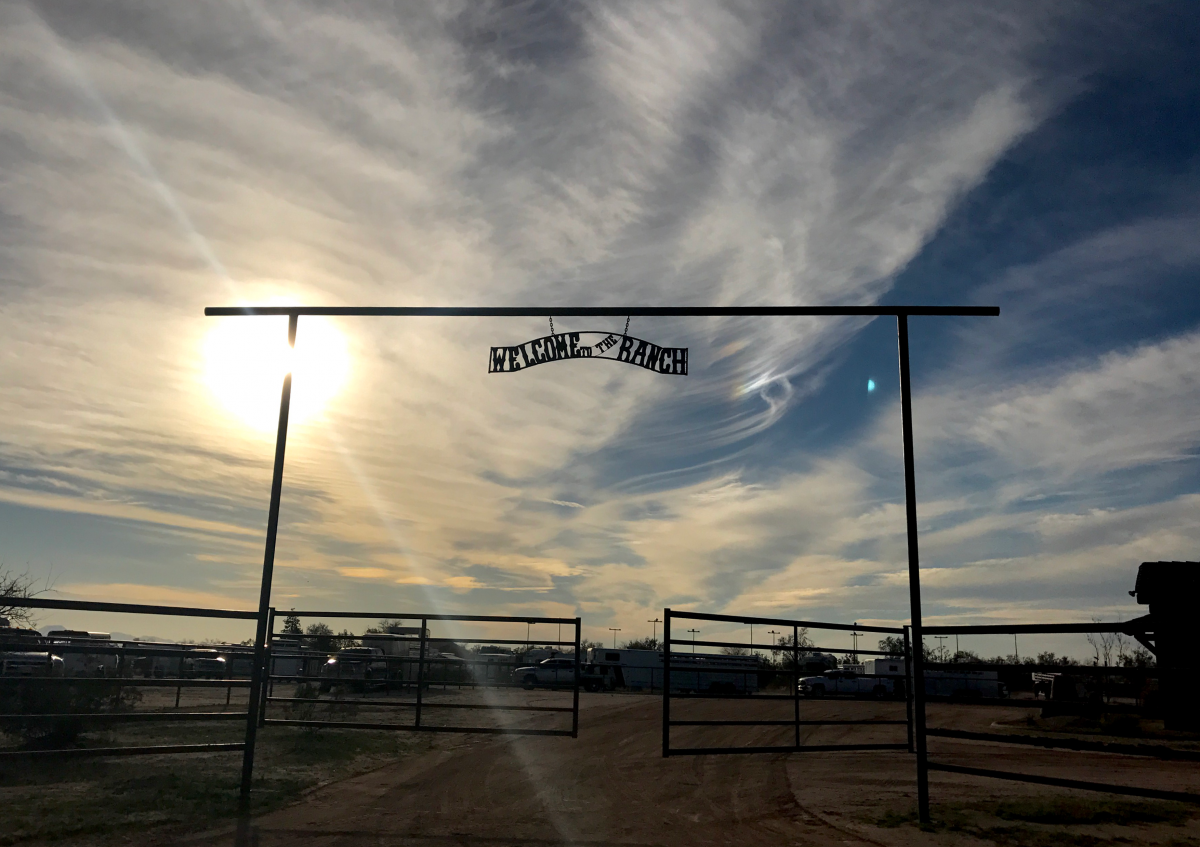 In this episode, Latino USA will focus on the people at the rodeo and not the animals. However, we should acknowledge the criticism around the treatment of animals at the rodeo.

PETA describes rodeos as “manipulative displays of human domination over animals, thinly disguised as entertainment.” Cowboys and ranchers strongly oppose that. The Professional Rodeo Cowboys Association says that “for a cowboy to compete at the highest level, the livestock also must be in peak condition,” and therefore, the animals are protected and treated humanely.

This episode was originally broadcast on April 7, 2017.