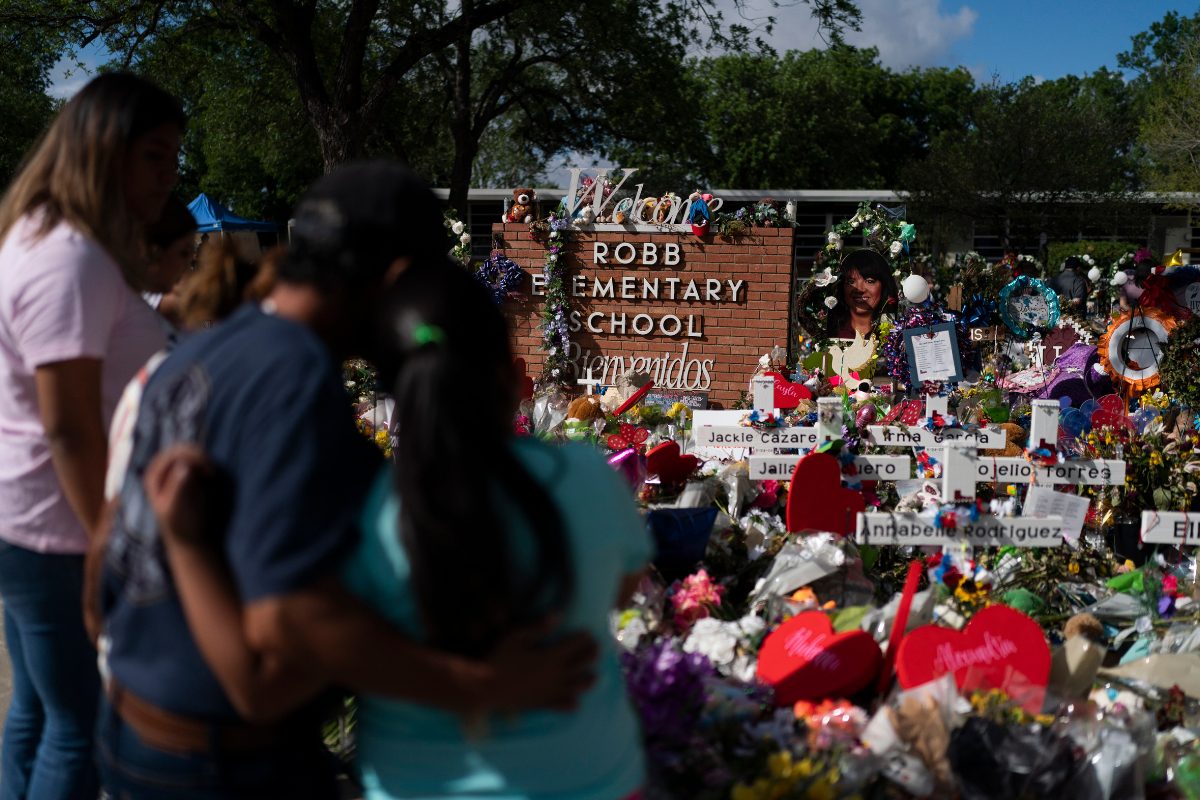 On Tuesday May 24, 2022, an 18-year-old man entered Robb Elementary School in Uvalde, Texas, and shot and murdered 19 children, as well as two teachers. The Uvalde community is over 80% Latino and has a population of nearly 25,000 people. The ripple effects of this mass shooting have been felt across this small Mexican-American community, and across the country.

In this tight-knit community of Uvalde, Robb Elementary is often considered the lifeblood of the town.

Robb Elementary was founded in 1955, deep in the Mexican-American neighborhood of Uvalde, and like today, the vast majority of its students were Latino. In the 1960s, the mostly white teachers and administration discriminated against students and tried to force them to assimilate. Josué “George” Garza was one of the few Mexican-American teachers at Robb Elementary in those years, and he advocated for the students and parents who didn’t speak English.

George, 83, remembers that in those days in Uvalde, “there was a lot of racial discrimination.”

“There were two towns within Uvalde, the Mexican town and the Anglo town. And it was divided by race,” George said. “The barrio where the white folks lived and one where the Mexicans lived. And we sort of kept our boundaries to ourselves.”

After George was denied the renewal of his contract in the year 1970, students, teachers, and parents held one of longest walkouts in the country’s history to demand his reinstatement and protest discrimination in the school. The Texas Rangers were called to Uvalde to try and stop the protests. There are accounts of students who remember seeing the Rangers standing on rooftops with loaded rifles. 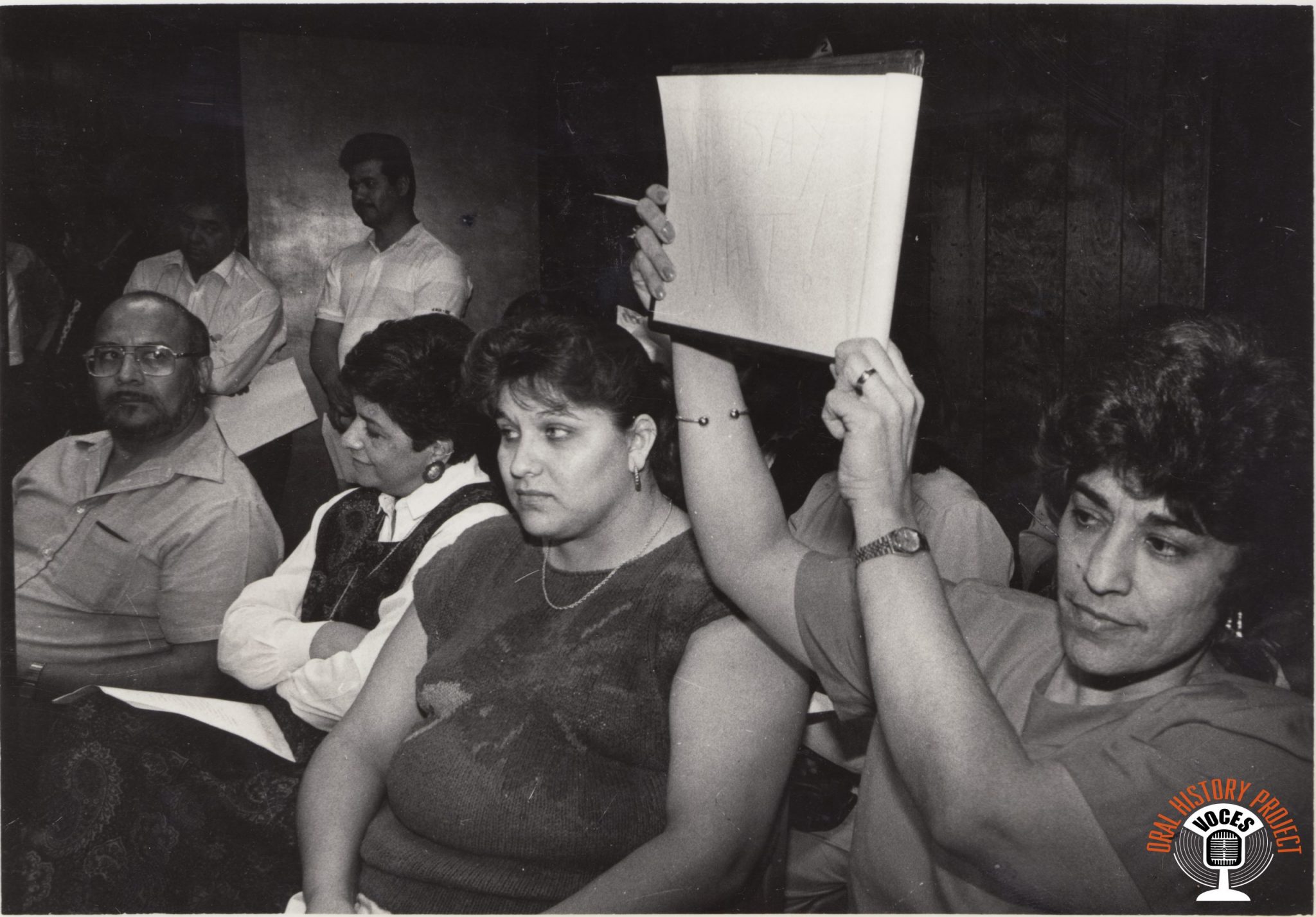 Uvalde resident Olga Muñoz Rodriguez protesting discrimination against Mexican Americans in the 1970s. Historian Monica Muñoz Martinez, who has researched and studied police violence against Latinos and Latinas in Texas and along the border, is Olga’s niece. (Photo credit Voces Oral History Center, University of Texas at Austin)

Monica Muñoz Martinez is from Uvalde and she’s a historian who has researched and studied police violence against Latinos and Latinas in Texas and along the border. She told Latino USA that Uvalde has a long history of discrimination against Mexicans.

“In the 1850s, the Uvalde County passed an ordinance that Mexicans couldn’t travel through the county without a passport that was issued by white officials,” she said. “The school walkouts in 1970 exposed that Brown v. Board of Education, the Supreme Court decision that mandated segregation to end, didn’t reach places like Uvalde.”

Since the mass shooting on May 24, there has also been much criticism about how law enforcement responded, backlash for the lack of government updates in Spanish and conflicting reports among the law enforcement agencies involved.

On today’s episode, we tell the story of resistance within this Mexican-American community—how it stood up against segregation and oppression in the past and how after such a devastating tragedy is trying to heal today. 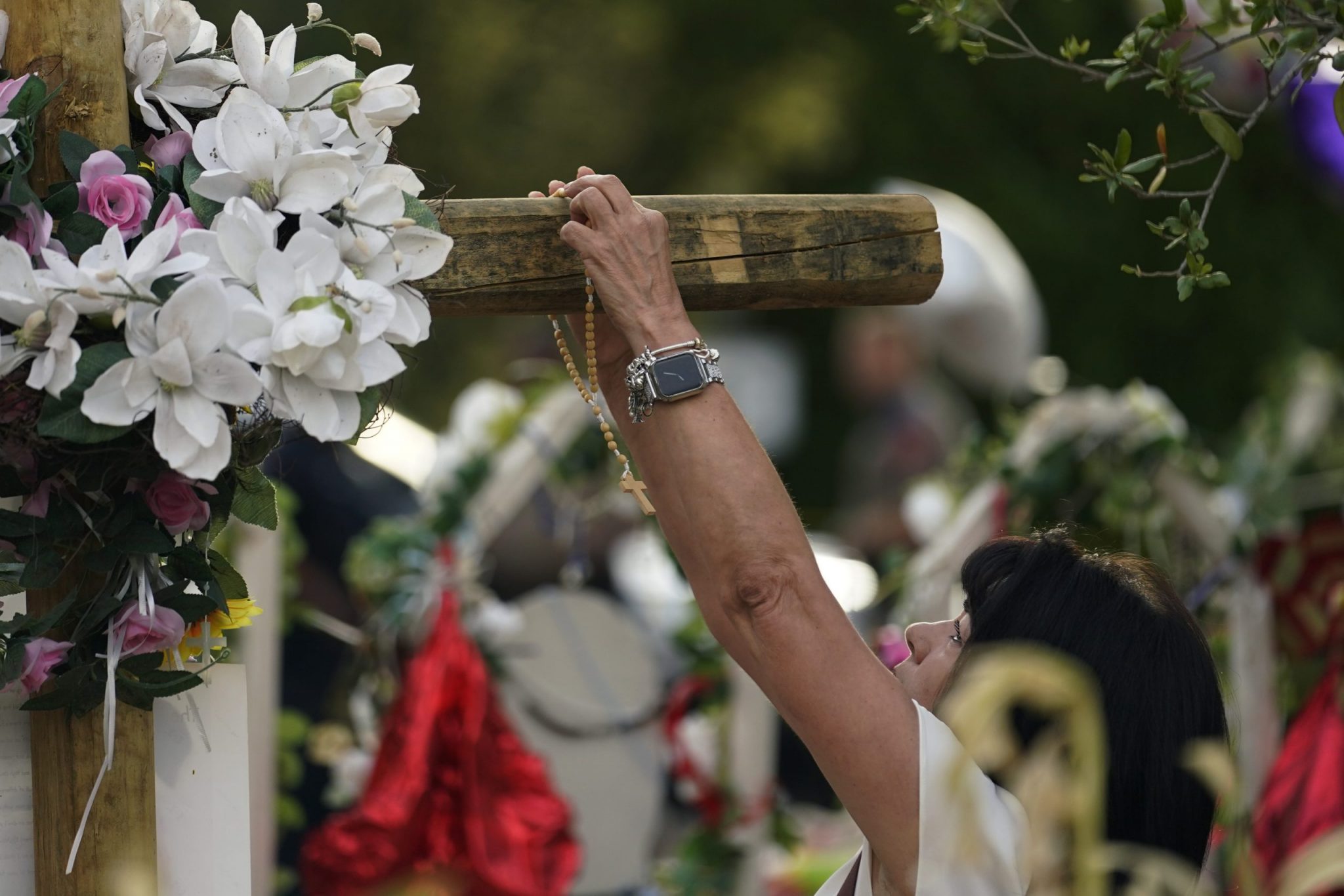 A mourner places a rosary on a cross during a visit to a memorial at Robb Elementary School created to honor the victims killed in the recent school shooting, Monday, June 6, 2022, in Uvalde, Texas. Two teachers and 19 students were killed. (AP Photo/Eric Gay)

We also hear from public radio reporter Stella Chávez, who traveled to Uvalde the weekend after the mass shooting to document this moment. Stella shares what it’s been like to report on such tragedies and what the media’s role is after these traumatic events.

We close the episode with a conversation with Nelba Márquez-Greene, whose 6-year-old daughter Ana Grace was killed during the Sandy Hook massacre almost a decade ago. Since then, Nelba has been on a mission to help bring awareness on how to best help families impacted by gun violence.

To learn more about the 1970 walkouts in Uvalde, you can read a recent article published in the El Paso Times by Martha Pskowski and Nicole Foy.