‘On the Divide’: Fighting for Choice in the Rio Grande Valley (A Latino USA Podcast) 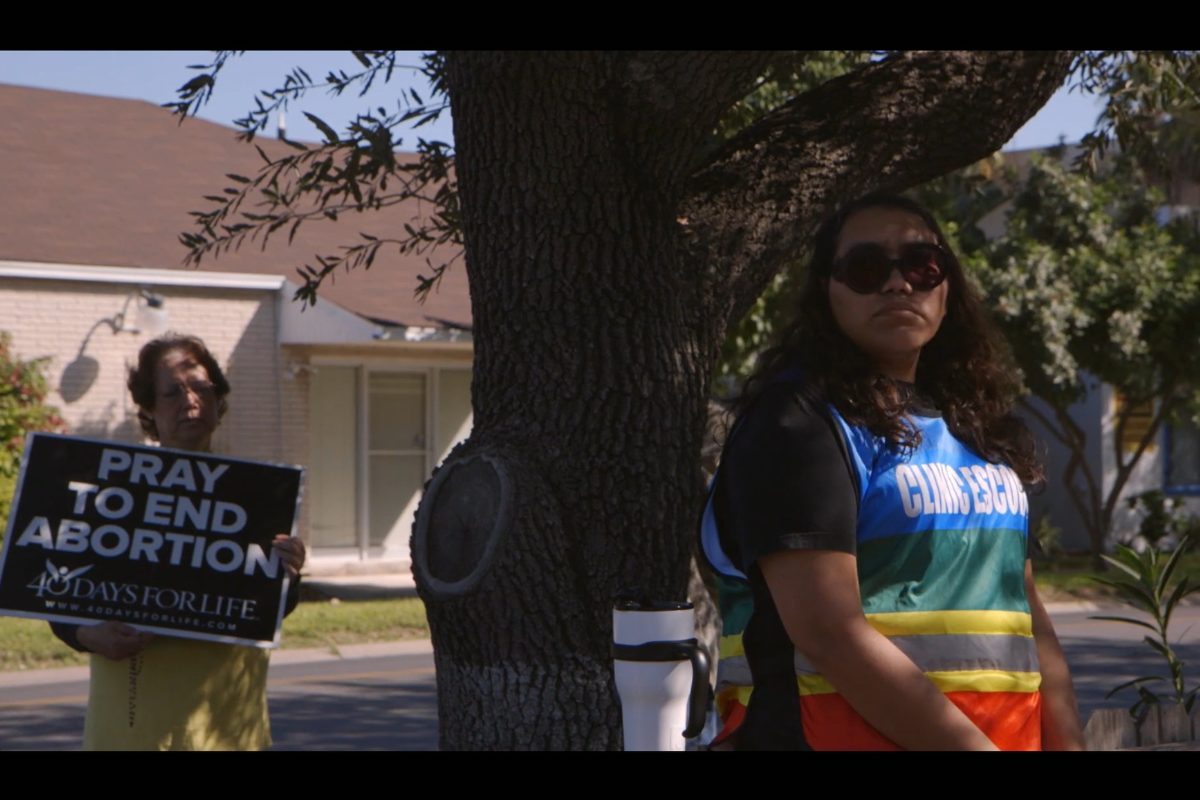 (Courtesy of On the Divide, Fishbowl Films/Willa Productions, 2021)

For years, McAllen, Texas has been at the front lines of the struggle for reproductive access in the country. The city has one abortion provider, the Whole Woman’s Health Clinic, which serves the more than one million people in the Rio Grande Valley. If it were to shut down, anyone seeking an abortion would have to travel more 200 miles past immigration checkpoints. That would make the trip almost impossible for the undocumented migrant population living in the valley.

Co-directors Maya Cueva and Leah Galant set out to document the story of this community in their film “On the Divide.”

For seven years they followed three people who defy any preconceived notions of the polarized extremes in this debate: Mercedes, Denisse, and Rey.

Mercedes is a former gang member who became a part of the pro-life Church movement, embracing the support from the Christian pregnancy center located next door to the clinic. Then there’s Denisse, a young mother of four who volunteers as an escort at the clinic to support the women needing abortions. And Rey is a security guard in his late 60s who, although extremely religious, found himself empathizing more with the women seeking services at the clinic than with the protesters. Their lives all intersect and are changed by the clinic.

In this episode of Latino USA, co-directors Maya Cueva and Leah Galant talk about the long journey of capturing the story of this community, and why the film has only become more relevant today

“On the Divide” premiered at the Tribeca Film Festival in September 2021.

One response to “‘On the Divide’: Fighting for Choice in the Rio Grande Valley (A Latino USA Podcast)”