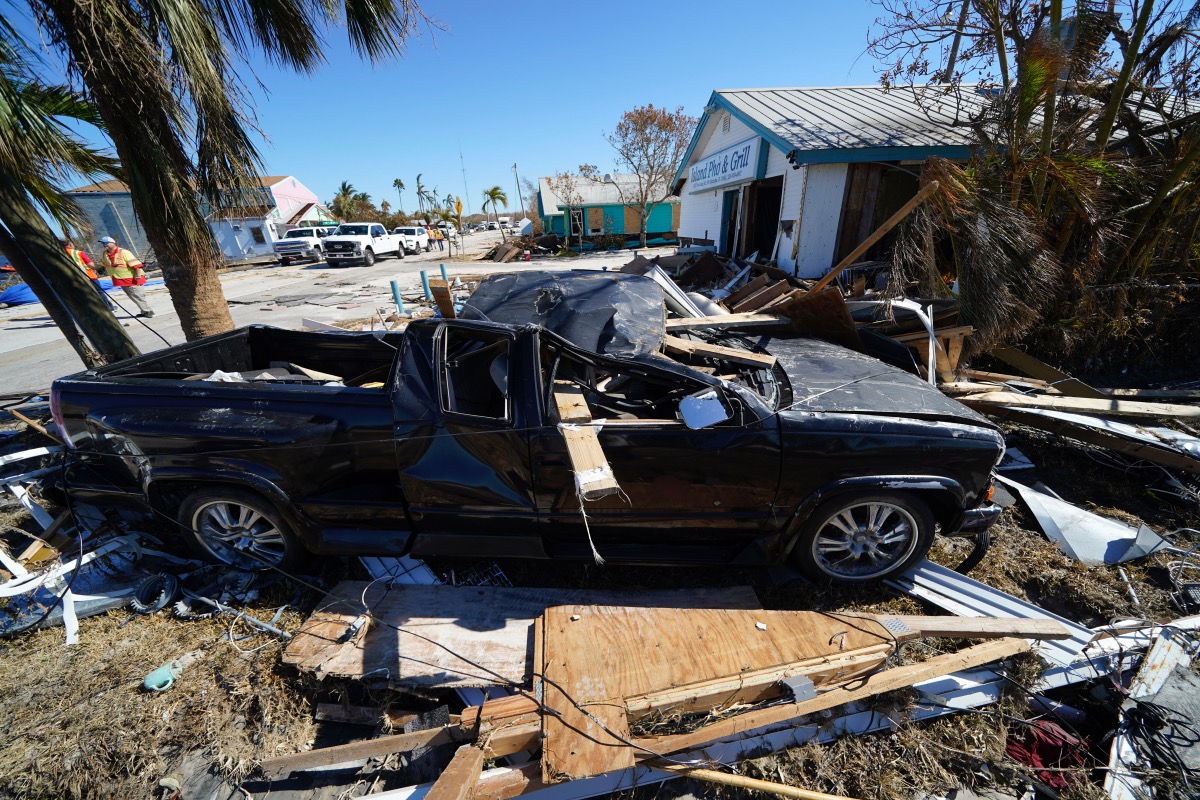 Destruction at the bridge leading to Pine Island is seen in the aftermath of Hurricane Ian in Matlacha, Florida, Sunday, October 2, 2022. The only bridge to the island is heavily damaged so it can only be reached by boat or air. (AP Photo/Gerald Herbert)

MIAMI — Earlier this year, I was set on buying my first home.

As the son of working-class immigrants, I see homeownership as a way for me to build equity and stabilize my long-term finances as I set roots in Florida. And over the years, I’ve managed to save enough for a decent down payment.

I ultimately gave up on the idea due to various reasons, including exorbitant housing costs, rising interest rates, and a crumbling property insurance market in Florida that has become a nightmare to navigate.

The property insurance issue has come into focus when Hurricane Ian wreaked havoc across southwestern Florida last week. As the storm made landfall on Wednesday, the South Florida Sun Sentinel reported that insurance customers throughout the state face the possibility of having to help pay for damages caused along Ian’s path. In 2017, Hurricane Irma caused $32 billion worth of property damages, and Ian is sure to cost Florida just as much or more.

As the storm loomed over the state, a sixth insurance company went under. If this storm forces another company to go under, insured Floridians will have to pay outstanding claims through surcharges amounting up to two percent of their insurance bills levied by the Florida Insurance Guaranty Association, which is already charging policyholders to cover the debts of five failed insurers.

How did we get here?

Floridians now have the highest property-insurance rates in the nation, with the average premium of $4,231 nearly tripling the nationwide average of $1,544. The issue stems largely from a lack of financial regulation and out-of-control litigation that consists of countless roofing scams and fraudulent damage claims that insurance companies end up settling due to the sheer number of such lawsuits.

Climate change also increases financial risk for insurers. As storm surges and sea level rise threaten properties, there is less of a financial incentive for companies to operate in a state that regularly suffers billions in property damage. As Fred Grimm eloquently put it in an Sun Sentinel op-ed, “Gov. Ron DeSantis described Ian as a 500-year storm. Nowadays, insurers grapple with 500-year disasters as regular occurrences.”

The increasing frequency of extreme weather events only adds to the uncertainty for insurers to operate in Florida, creating a market that is extremely volatile. With potential reconstruction costs post-Ian estimated at more than $258 billion, there is more uncertainty than ever.

To add some stability to Florida’s crumbling property insurance market, the state set up its own insurer called Citizens Property Insurance Corporation, commonly referred to as simply Citizens. This state-run company is currently sitting on top of a good amount of cash reserves, but the number of its policyholders ballooned by half a million in the last two years, to a total of 1.3 million total. That means a lot of financial exposure for Citizens in the case of a catastrophe like the one currently underway in Florida following Ian.

Gov. DeSantis hasn’t done much to address this crisis, and since he took office in 2019, Floridians have suffered a 112.8 percent increase in premiums. Earlier this year, the Republican-led state legislature gave insurers a $2 billion taxpayer bailout during a special session to help bolster the market while also attempting to block insurers from denying coverage to homeowners with newer roofs.

It hasn’t worked. While insurance companies got a huge bailout from our tax dollars, we Floridians got higher premiums, and in-state companies are still going under. The law establishing this bailout provided no guarantee that insurers would pass any savings to Floridians, and many filed for rate increases to cover the higher cost of private reinsurance, which they buy to cover themselves in the event of major disasters.

Democratic state lawmaker Anna Eskamani in Orange Country said at the time that the deal worked out during the special session was “more about bailing out the insurance industry than giving consumers a break.” Rather than stabilizing the situation, things are shakier than ever—and the destruction wrought by Ian has added even more uncertainty.

Floridians who now face the daunting prospect of rebuilding their lives after this catastrophe must also contend with even more expensive insurance premiums while tackling construction costs. A lot of homeowners didn’t even have flood insurance.

I have zero expectations of Gov. DeSantis or his Republican colleagues doing anything to tackle the property insurance debacle in Florida. DeSantis is completely in the pocket of special interests groups who have bankrolled his reelection campaign and helped him amass a titanic campaign war chest.

I can’t help but be frustrated when I look at the situation in Florida and the horrible political leadership we have, especially when it’s people like me who will continue missing out on opportunities to become homeowners due to the financial unfeasibility of buying into the housing market.