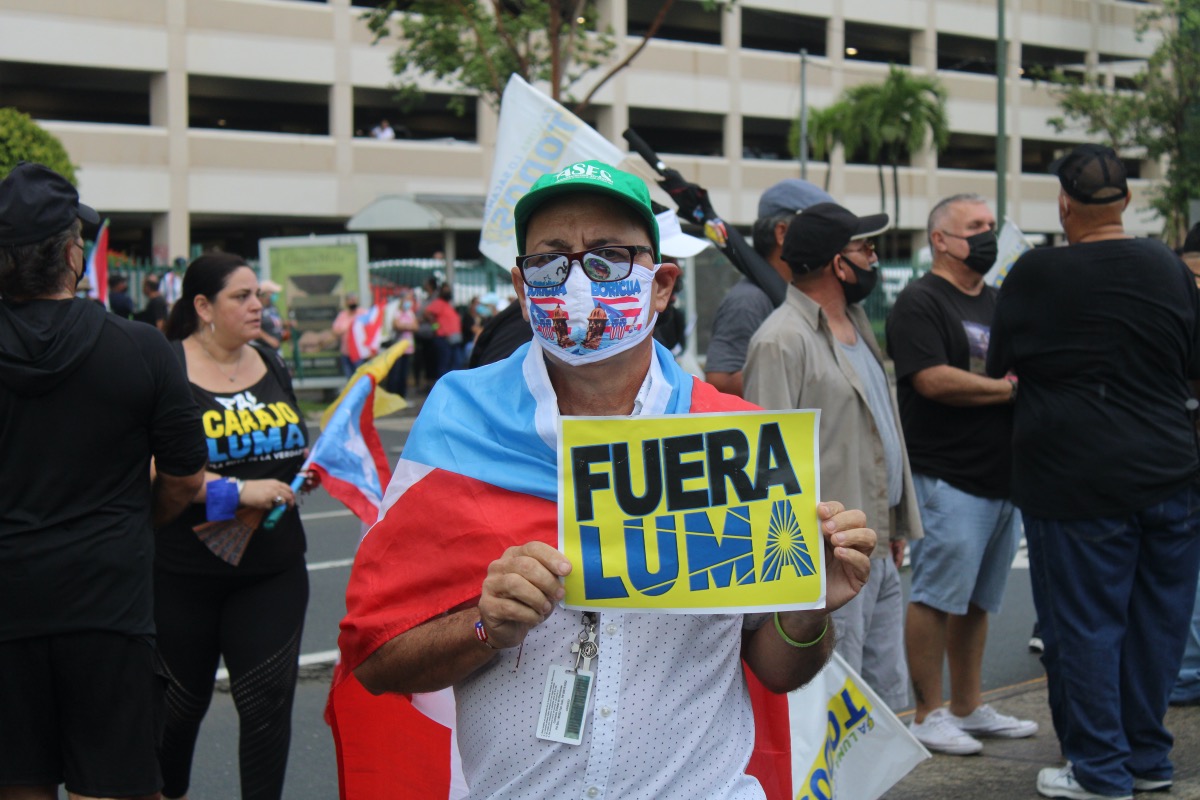 A protester holds an anti-LUMA at a march against the energy company in San Juan, Puerto Rico, on Friday, October 15, 2021. (Carlos Edill Berríos Polanco/Latino Rebels)

SAN JUAN, Puerto Rico (AP) — Puerto Rico’s Energy Bureau announced Thursday that it will investigate how a private company has handled complaints about electric bills after Hurricane Fiona knocked power out to the entire island.

The announcement comes as a growing number of customers in the U.S. territory complain about being charged for electricity when they didn’t have power and receiving higher than normal power bills.

The Independent Office of Consumer Protection urged the bureau last week to investigate difficulties in filing such complaints.

The bureau called on LUMA Energy to immediately stop any practice that prevents consumers from objecting to bills via telephone or online and to extend the deadline for clients to file their complaints, among other things.

It also demanded that LUMA Energy submit evidence within 10 days that it was complying with the bureau’s orders.

LUMA said in a statement that during Hurricane Fiona and the state of emergency, as a way to prioritize critical calls, it implemented a temporary measure to direct billing inquiries only through its app, web portal, mail, or in-person visits.

“As soon as the emergency passed, we resumed our normal operations, and customers have been able to discuss their bills by phone,” the company said.

LUMA officials have noted that restoring power in part has been complicated by the crumbling state of Puerto Rico’s grid, which was razed by Hurricane María in 2017. Reconstruction of the grid has only recently started.

LUMA, which took over the transmission and distribution of power in Puerto Rico more than a year ago, has faced growing criticism about lengthy outages that occurred frequently even before Fiona hit.