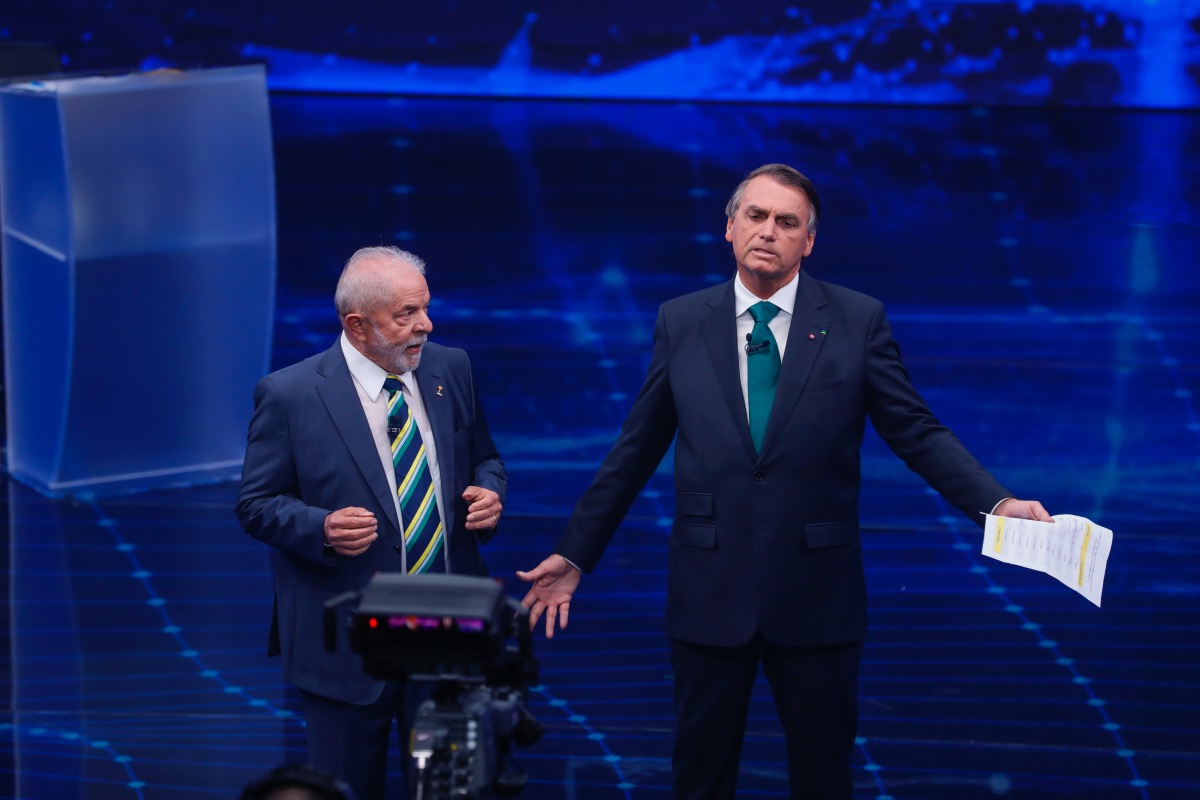 Debates in the election’s first round featured several other candidates, none of whom garnered more than five percent of the October 2 vote, and were largely distractions from the two obvious frontrunners.

On Sunday, the two repeatedly called each other liars during an encounter lasting about an hour and a half. The term was used more than a dozen times by each of the candidates in the TV Band debate that, otherwise, was less aggressive than many analysts had expected.

“You are a liar. You lie every day,” da Silva said during one exchange. Bolsonaro frequently said: “You can’t come here to tell people these lies.”

Earlier this month, da Silva, who is universally known as Lula, won the election’s first round with 48 percent of the vote compared to Bolsonaro’s 43 percent. Polls indicate the leftist former president, who governed between 2003 and 2010, remains the frontrunner, though his lead has shrunk considerably.

Each candidate focused on the issues that, according to polls, represent their adversary’s weak points: for Bolsonaro, the COVID-19 pandemic that killed 680,000 Brazilians, and for da Silva, corruption scandals involving his Workers’ Party.

Da Silva and Bolsonaro are expected to take part in one more debate, days before the vote, on TV Globo, Brazil’s most popular network.