US Offers Hurricane Assistance to Cuba Amid Blackouts 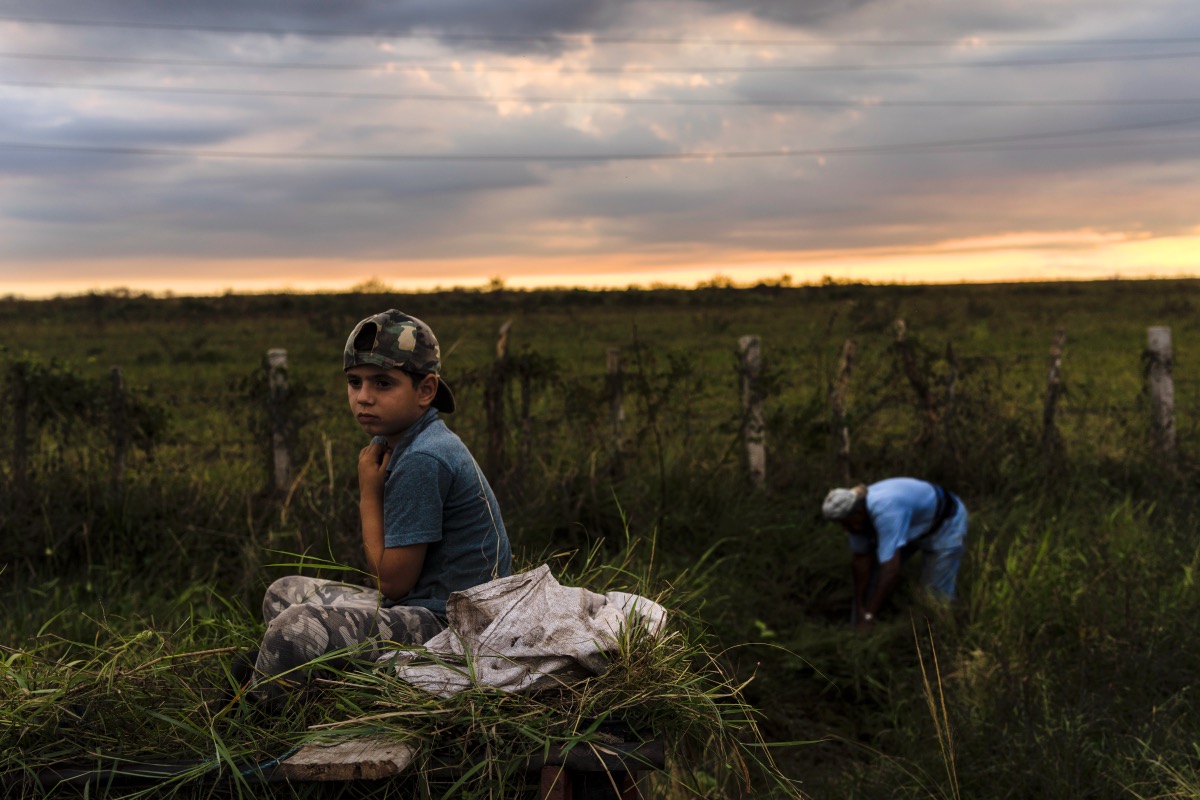 Jaro and his father Andres collect grass for their horse as the sun sets in La Coloma, in Pinar del Rio province, Cuba, Wednesday, October 5, 2022, one week after Hurricane Ian. The United States said Tuesday, October 18, that it has offered critical emergency humanitarian assistance to the people of Cuba to recover from the devastation caused by Hurricane Ian, an unusual but not unprecedented move after years of bilateral tensions. (AP Photo/Ramon Espinosa, File)

MIAMI (AP) — The United States said Tuesday it has offered critical emergency humanitarian assistance to the people of Cuba to recover from the devastation caused by Hurricane Ian, an unusual but not unprecedented move after years of bilateral tensions.

The assistance includes $2 million in provisions and supplies that will be delivered through independent non-governmental organizations that have experience and are already working on the island directly with the affected populations, said a senior administration official who asked to remain anonymous following government policies.

“We are responding to a disaster by working with our international humanitarian assistance partners to deliver critical assistance directly to those most in need,” she said in a telephone interview with the Associated Press before the official announcement. “We stand with the Cuban people and will continue to seek ways to improve their political and economical well-being.”

The emergency aid will be provided through “trusted international partners,” like the Red Cross, by way of the United States Agency for International Development, known as USAID.

The announcement comes after Ian hit the western part of the island in late September, causing extensive damage to its power grid. The hurricane left large swathes of Cuba with blackouts, fueling discontent on the Caribbean island, especially in rural areas where the blackouts are the worst.

Cuba already faced a deep energy crisis and economic turmoil before Ian, especially after a fire in August devastated an oil depot 60 miles from Havana that was a key source of energy.

The protests sparked by the blackouts are the biggest since mass demonstrations in 2021 triggered by similar problems. Detentions of protesters by Cuban authorities have repeatedly generated human rights complaints from international observers, including the U.S.

While the two countries have long had a tense relationship, Cuban Foreign Minister Bruno Rodríguez expressed his gratitude for the offer from the Biden administration immediately after the announcement and confirmed that it will come through the International Federation of Red Cross and Red Crescent Societies.

Rodríguez said on his Twitter account that the aid will contribute to recovery efforts and support those affected by Hurricane Ian.

After the storm, U.S. officials spoke with the island’s authorities to find out what their needs were and how they could help, the official said in the interview with AP. The assistance, however, will not go to the Cuban government, but rather to the population directly, she said. She said through the conversations the administration learned that the greatest needs are in shelter restoration and food.

On some occasions, the Cuban authorities have accused the United States of approving aid for NGOs that are a cover for Cuban dissidents in Florida, whom they allege have appropriated the money.

The current move represents a small step in thawing icy relations between the two nations.

For more than six decades, the United States has imposed various levels of embargo on Cuba. During the Obama administration, such restrictions were eased but came back into full force under the Trump administration.

While President Joe Biden has made efforts to ease a few of the measures —like travel and remittances to bring families closer— he’s left many Trump-era restrictions in place, which have significantly affected the Cuban economy. The administration also announced it would resume visa services after previously closing the embassy following a series of health incidents.

The full embargo can only be lifted with authorization from the U.S. Congress, and the official said the aid will be consistent with U.S. laws and regulations.

The official said the U.S will continue its demands for the release of political prisoners and respect for human rights on the island.