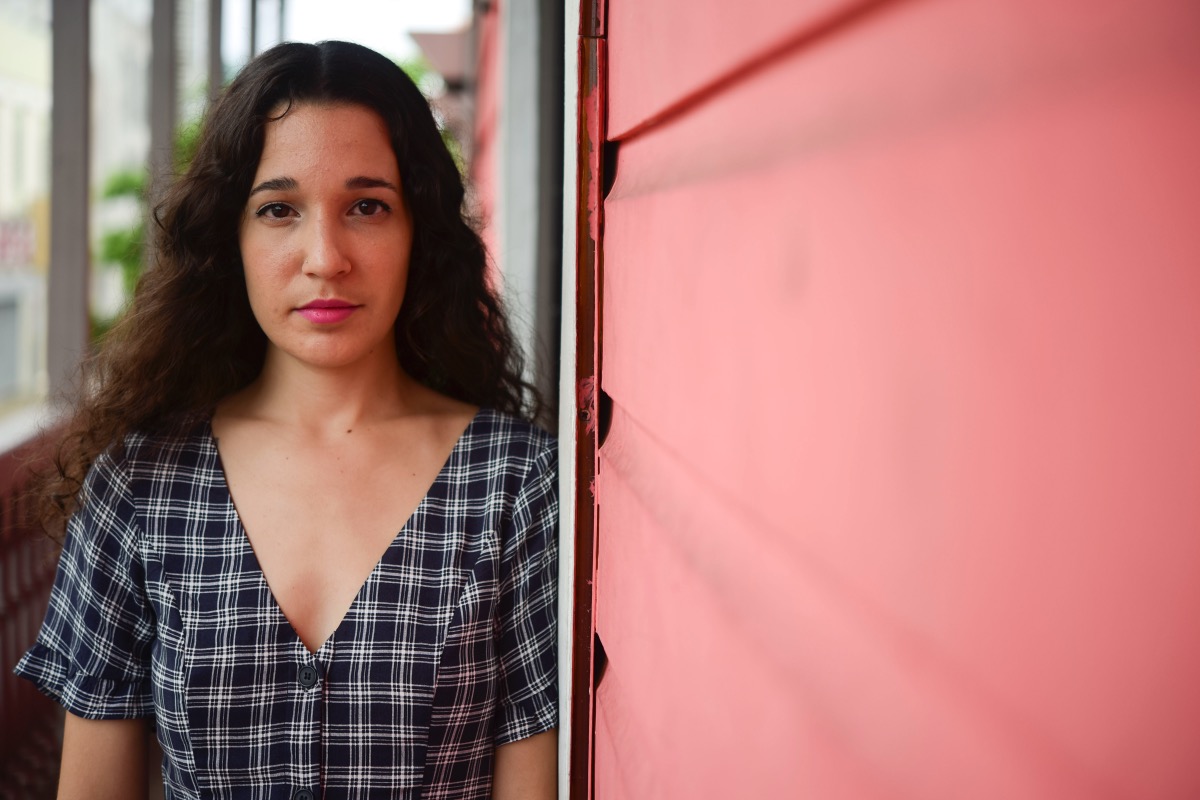 When Puerto Rico’s beloved songbird Ileana Cabra Joglar, the former Calle 13 band member better known as iLe, was in lockdown during the pandemic, she did what she does best: she made music. In those tense times, she managed to compose a new album, Nacarile, released on Friday, October 21.

Latino Rebels spoke with iLe about her most recent work and some of her collaborators on Nacarile.

The following interview has been edited for length and clarity.

You have a new album called Nacarile. Why the title?

The phrase is from Puerto Rico, where we say “Nacarile del oriente,” which is like saying “no” or “I’m not going there.” Sometimes we say it “nacarile,” and it has a big attitude. It started as a joke, but it became a good name for the album.

The album is really different from what you have done in the past. iLevitable sounds very classic and traditional in Latin rhythms. Almadura was very percussive. And now we have Nacarile, which is Latin pop and electronica mixed with folksy. How would you define the genre of the new album?

I’m very bad at defining genres, but because the last album was so grounded and very earth-like, in this album I felt like it’s airy. I felt so dispersed because of the pandemic. This is a pandemic album, so it has that spacey feel. I was in that place. The musicality and lyrics go to that place.

It is very spacey. It’s very feminine, but not delicate. You seem to define what feminine is.

How do you define femininity?

If anything it’s strong. We think about it as delicate because of patriarchy, but the hormonal rollercoaster we use to feel all the time is a lot to take. That makes us not delicate at all. It is super strong. It is vulnerable in the most incredible, impressive, and admirable way for me.

Femininity comes with a lot of struggles. This brings us to the collaboration with Ivy Queen, “Algo Bonito,” a feminist anthem. How did that collaboration come about?

Actually, Ivy Queen was suggested by my brother Gabriel, and I remember feeling weird about it because I was like, “Oooh, yeah, that would be amazing.” But I didn’t know if it was going to happen. I didn’t want to keep my hopes up because I thought she didn’t want to do a song with me. It was the same feeling with Palmieri and Cheo Feliciano in my previous albums. With her, I wanted to do a powerful song.

When she listened to the song, she loved it. It was incredible she said yes and added her part. You can feel Ivy Queen’s energy: firm in her femininity.

This is a powerful song about the feminist movement. It also brings forth the contradiction that something is supposed to be beautiful to women. Patriarchy made us think we like flowers and chocolates, and it’s a way to tame us. To me it’s so strange we got used to that. We are not supposed to be living under the standards of patriarchy. We are supposed to be living freely the way we want to live.

There are two other songs that put the finger in that pulse: the anti-love song “traguito” with Mon Laferte, and “Cuando TE MIRO” with Rodrigo Cuevas, who is a Spanish performance artist representing the LGBTQIA+ community.

I met Rodrigo Cuevas recently in Spain, and I love him already!

That song’s about toxic relationships. It’s about how in a relationship one ends up rescuing the other, and then the other can’t handle their inner emotions. I wanted to talk about this with a dark, poetic feel, and I felt that Rodrigo was perfect for it. He actually came up with this verse that is the intro of the song, a very old text that may have come from his place, which is Asturias.

Speaking of other countries and spaces, there are two songs that are centered in space: “Ningún Lugar” with Trueno and “donde nadie más respira.” Who is the subject of the second song?

I was talking about the system. I felt more connected to Puerto Rico, so it’s about the colonizer. I wrote it in 2020. It was election time, and I was frustrated that, after what happened here in the 2019 protests, we ousted (Gov.) Ricky Rosselló and then voted again for the same party. I do acknowledge there was a change, but I was expecting a little more. We are little by little working on it, I think.

So the song talks about abuse of power. It was something I needed to get out of my system. I was angry about how colonialism can be so humiliating and can do you so much harm that you suddenly believe you deserve it. This song lets the listener know that we do have the power to change things even if they take time. We have to come together and stop it. Sometimes the abuse can be so much that we forget about it.

That song could’ve been in Almadura too.

It was a good transition.

One thing about your album is the push-and-pull battle, like Trueno’s collaboration. The other one is “En Cantos” with Natalia Lafourcade. It is like a double entendre of saying encantos, enchanted, or en cantos, in sections.

I have to say every collaborator was great. About Lafourcade, we recorded this before the pandemic, so we did it together in the studio in Mexico.

The title comes from a phrase we use in Puerto Rico: volando en cantos. We say that a lot when something blows your mind.

Overall, the album sounds somewhat futuristic. In the simplicity of instrumentation, it showcases more of you as a vocalist. Was that on purpose or did it happen organically?

A little bit of both. I felt in Almadura everything was so rough, that I knew in this album I wanted the opposite of that. As the songs kept coming up, I was feeling airy and spacy—fluid. I wasn’t directing anything. The music was flowy.