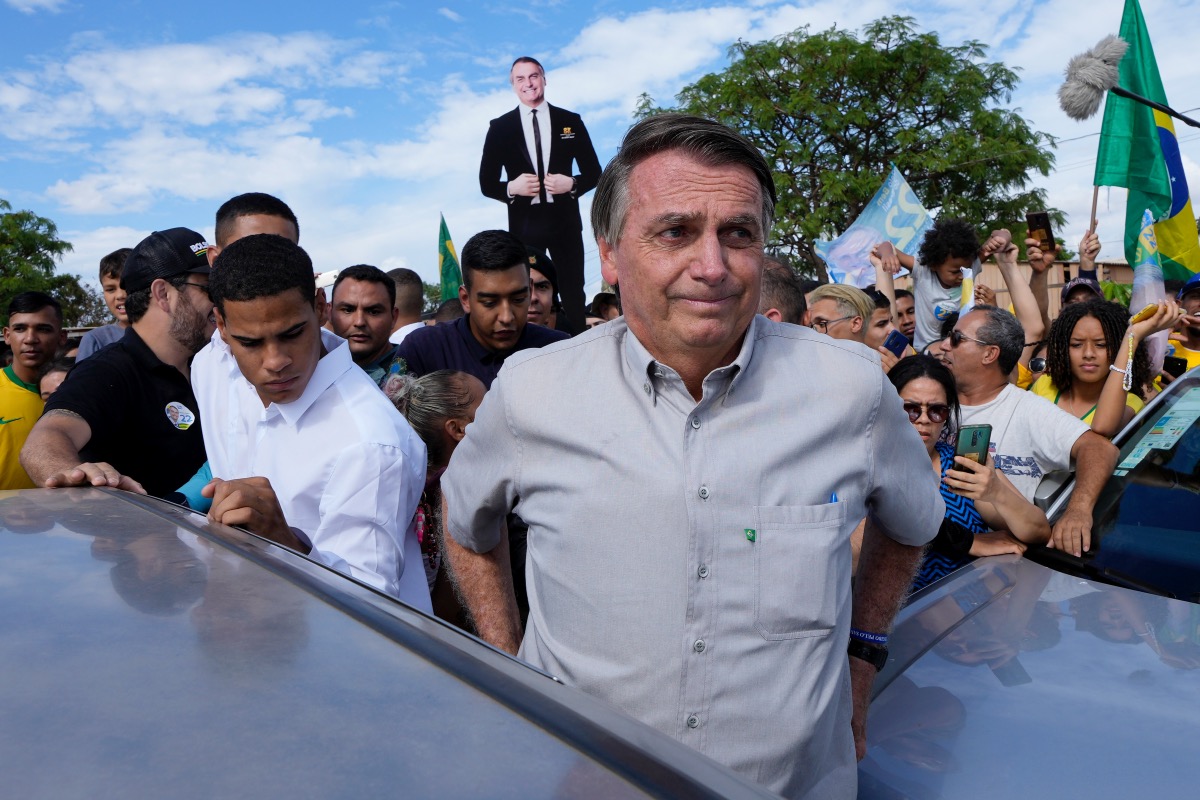 The country’s national electoral authority also approved a resolution to combat disinformation and limit fake news in the electoral process on Thursday, with fines of 100,000 reais ($19,000) per hour imposed on platforms that do not remove fraudulent content after two hours. Paid political advertising online is banned 48 hours before and 24 hours after the vote.

Both Bolsonaro and da Silva continue to vie for voter support in what is already a tight political race.

ARGENTINA: Whirlpool opened a new $52 million plant in Argentina last week, with plans to manufacture 300,000 washing machines per year to supply other Latin American markets, 70 percent of which will be exported to Brazil. Located on the outskirts of Pilar in Buenos Aires Province, the plant will create over 900 new jobs, as said in the company’s press release.

In an interview, Whirlpool’s Global VP and Latinoamérica President Joao Carlos Brega stated that the company worked with municipal, provincial, and national governments to coordinate the plant’s launch.

The company’s decision comes at a time of economic crisis and constant inflation, in which a dollar shortage and increased restrictions on imports act as barriers to foreign investment in Argentina.

BOLIVIA/UNITED STATES: At a hearing on Thursday in Florida’s Southern District Court, Bolivia’s former interior minister, Arturo Morillo, 58, pleaded guilty to one count of conspiracy to commit money laundering. Morillo, who was arrested last year, received at least $530,000 in bribe payments from a Florida-based company that helped him secure a $5.7 million purchase of anti-riot equipment during former interim President Jeannie Añez’s government.

Since his arrest, the former official has remained in the Miami-Dade County Federal Detention Center. He faces up to 10 years in prison.

The Public Prosecutor’s office last week ordered the arrest of five former Castillo advisers and the search of homes and offices of six other officials involved in the investigation. Prosecutors claim that Castillo heads a corruption ring in the Ministry of Transport and Communication together with officials and business associates.

Castillo, representing the left-wing Peru Libre party, continues to deny all accusations and claims to be a victim of political persecution.

Chérizier established the “G9 Family and Allies” in June 2020. The alliance originally involved nine gangs and has now grown to an alliance of more than 12 gangs, according to a U.N. Security Council report.

Aside from sanctioning Chérizier, the Security Council resolution establishes a committee that can impose sanctions on any group that threatens Haiti’s peace, security, or stability by crimes that involve human rights abuses, arms trafficking, and obstructing aid deliveries.

Chérizier —the only person named in the Security Council resolution— is accused of organizing blockades that prevented access to work, markets, and food aid to residents. The gangs demand the resignation of Prime Minister Ariel Henry, until then, they will not compromise. Chérizier presents himself as a leader and revolutionary, fighting against the elite-run system.

DOMINICA: During a conference on Thursday organized by the Climate Resilience Execution Agency for Dominica, the Inter-American Institute for Global Change Research, and the Organization of American States, Prime Minister Roosevelt Skerrit urged his colleagues to take firm actions to address climate change.

He challenged regional organizations to launch a climate-resilient action program similar to the ones in regions like Asia and the Pacific that addresses the effects of climate change.

Skerrit told leaders that “Dominica is prepared to share the lessons and experiences from its efforts at becoming the first climate resilient nation in the world.”

HONDURAS: Transgender activist Melissa Núñez, 42, was shot dead Tuesday in Morocelí by unidentified gunmen on a vehicle. She was buried two days later.

According to police, Núñez had dropped off some friends and was talking on the phone when she was shot. Police spokesman Miguel Carranza said “the motive behind the crime is thought to be a personal issue with her enemies.”

Before returning to Honduras in November 2021, Núñez had lived in the United States for about 25 years. She was an active protestor who advocated for immigrant and queer rights issues, and who was a member of multiple advocacy groups.

Honduras is among the deadliest countries for transgender people.

EL SALVADOR: Several former high-ranking members of the Salvadoran armed forces were arrested last week after a judge found them responsible for the 1982 murder of four Dutch journalists who were covering the civil war.

Judge María Mercedes Argüello of Chalatenango ordered the arrests on October 13. Among those facing charges are former defense minister Gen. José Guillermo García and Col. Francisco Antonio Morán. Also mentioned is Col. Mario Adalberto Reyes Mena, who currently resides in the U.S. and whom the judge ordered to be extradited to El Salvador.

The move is one of others that address crimes committed during the civil war. Until 2016, prosecution of civil war-era crimes was prohibited by an amnesty law that has since been repealed.

UNITED STATES: The United States said last Tuesday that it is offering humanitarian aid to the Cuban people to recover from the devastation of Hurricane Ian.

According to a press release from the Department of State, the U.S. will provide $2 million in provisions and supplies by way of the U.S. Agency for International Development.

The U.S. is circumventing the Cuban government to provide the materials and funds. Rather, it will work with independent organizations like the International Federation of Red Cross and Red Crescent Societies, which works directly with Cubans and has previously appealed for aid.

MEXICO: Secretary of Foreign Affairs Marcelo Ebrard said Wednesday that the country has received 1,786 Venezuelans in the first four days after updated migration enforcement protocols took effect in the U.S.

Ebrard said that the number of expelled Venezuelans decreased from 744 on the first day to 179 by the fourth. After its seventh day, almost 4,000 had been expelled, said the Washington Office on Latin America.

Ebrard also praised the U.S.’s decision to accept 24,000 Venezuelans under a novel adjustment process known as Process for Venezuelans.

Many Venezuelans find themselves stranded in Mexico deliberating their predicament. In Tijuana, a contingent of Venezuelans incited a disturbance that had to be quelled by the National Guard.