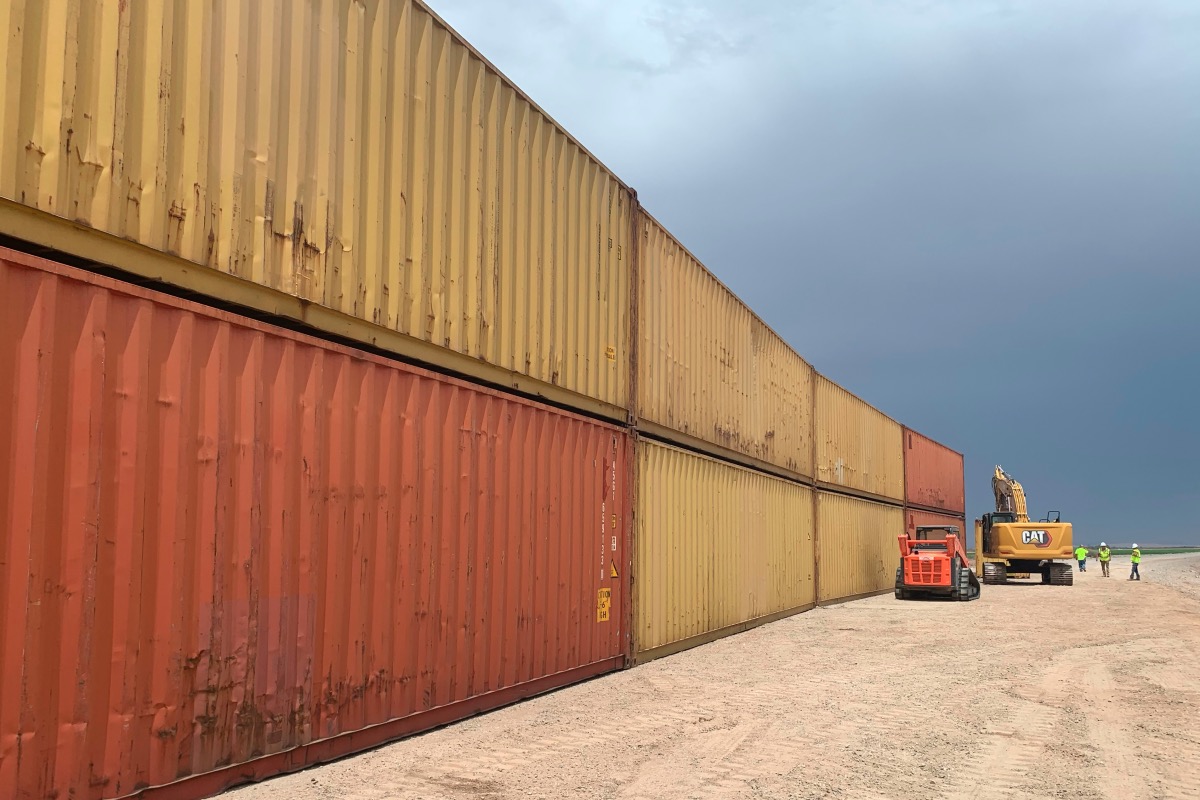 This photo provided by the Arizona Governor’s Office shows shipping containers that will be used to fill a 1,000-foot gap in the border wall with Mexico near Yuma, Arizona, on August 12, 2022. The Cocopah Indian Tribe said Friday, September 2, that the state of Arizona acted against its wishes by stacking shipping containers on its land to prevent illegal border crossings. (Arizona Governor’s Office via AP, File)

PHOENIX (AP) — The state of Arizona has begun installing shipping containers along another section of the U.S.-Mexico border to fill gaps that aren’t covered by a border wall.

The move announced by Republican Gov. Doug Ducey on Monday to install stacks of containers in Cochise County in southeastern Arizona came two weeks after federal officials told him to remove containers he had placed along the border in southwestern Arizona.

Ducey sued in federal court on Friday, asking a court to allow the state to keep more than 100 double-stacked containers topped with razor wire in place near the community of Yuma, which sits near the California border. It also mentions U.S. Forest Service land where the new containers are being placed hundreds of miles (to the east.

The containers near Yuma were placed in August to fill gaps in the border wall as Ducey ratcheted up political posturing against what he called the inaction of the Biden Administration in stopping migrants from entering the state from Mexico.

Migrants have continued to avoid the recently erected barriers near Yuma by going around them.