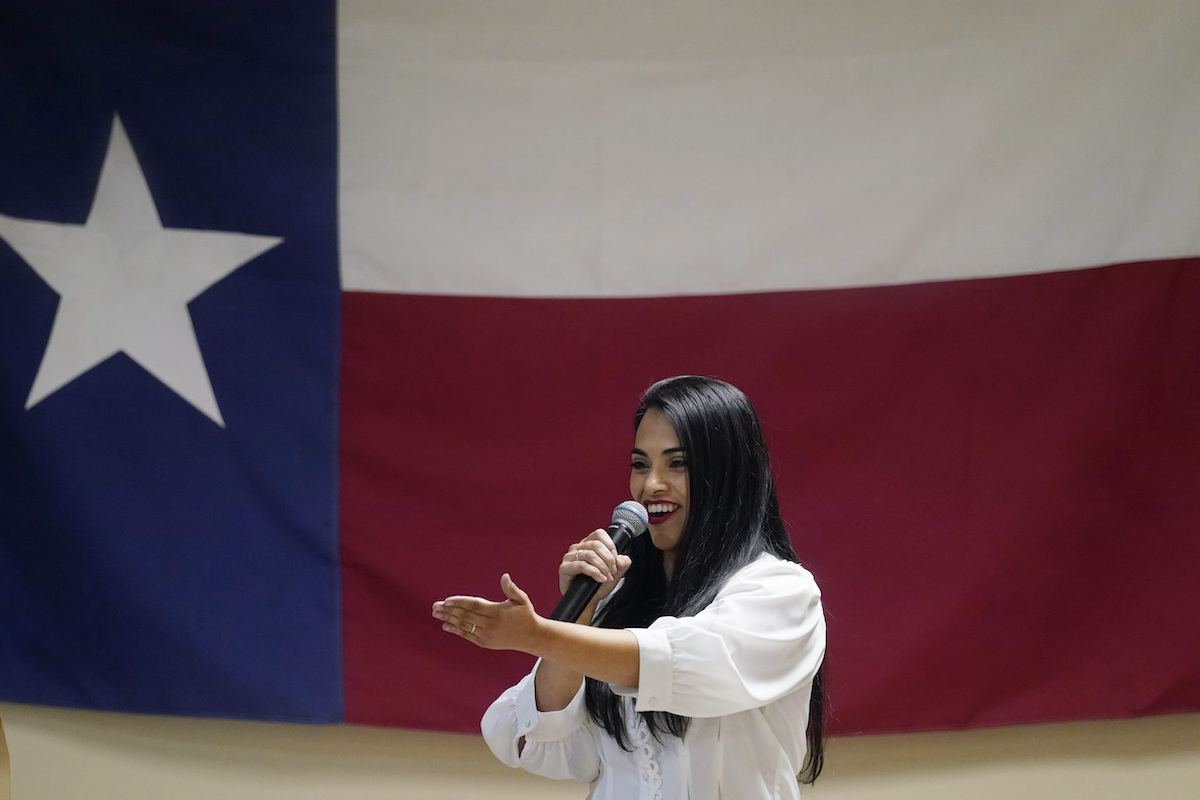 By MATTHEW CHOI, The Texas Tribune

WASHINGTON — Rep. Mayra Flores (R-TX) cried foul Wednesday after getting rejected from the most influential Hispanic group of lawmakers on Capitol Hill.

Flores, who represents Los Indios, Texas, tweeted Wednesday that she’d been denied membership in the Congressional Hispanic Caucus, decrying the decision as evidence of “bias towards conservative Latinas that don’t fit their narrative or ideology.”

“As the first Mexican-born American Congresswoman, I thought the Hispanic Caucus would be open in working together,” Flores said in the tweet expressing her disappointment.

The caucus is entirely made up of Democrats —including five from Texas— but was originally founded in 1976 as a bipartisan working group of Hispanic lawmakers in both chambers of Congress. But in the 1990s, differences over the U.S.’ Cuba policy led to a fissure between the group’s Republican and Democratic members.

Since then, the two groups have kept to their own parties. Congressional Hispanic Caucus bylaws now explicitly block Republicans from joining, a caucus spokesperson said. The spokesperson declined to comment further on Flores’ application.

Flores said she’d hoped to join the caucus as a way to work across the aisle and foster bipartisanship, she said in her tweet.

But Flores hasn’t shown signs of being a moderate. She is endorsed by former President Donald Trump, maintains a hard line on reproductive rights, and has called for more funding for border security. She has been in office only four months after winning a special election in Texas’ 34th congressional district and has voted closely with her party.

She has also campaigned heavily on disparaging Democrats as ignoring working Americans and neglecting the border. One of her first votes in Congress was against a bipartisan gun safety bill spearheaded by Sen. John Cornyn (R-TX), after which she introduced an alternative gun bill filled with Republican talking points about IRS funding and critical race theory in schools.

Daniel Bucheli, a spokesperson for Flores, said the congresswoman is considering joining the Republican Congressional Hispanic Conference, but added that “she believes working in a bipartisanship manner, in the representation of ALL constituents, is best.”

The Congressional Hispanic Caucus is four times bigger than its Republican counterpart. Townhall first reported Flores’ rejection from the caucus.

Flores isn’t the first Republican to try to join the Congressional Hispanic Caucus since the 2003 schism. Former Rep. Carlos Curbelo (R-FL) also made a bid to join in 2017, offering a presentation to members before they voted to reject his membership. Curbelo expressed frustration with the decision, saying at the time that it “sends a powerful and harmful message of discrimination, bigotry, and division. Unbelievably, petty partisan interests have led the CHC to formally endorse the segregation of American Hispanics.”

Curbelo’s rejection wasn’t a unanimous decision, with then-Chair Michelle Grisham Lujan (D-NM) saying he gave a “good presentation.” But his voting record on issues such as repealing the Affordable Care Act and Republicans’ 2017 tax package gave several members pause, the Miami Herald reported at the time.

CHC bylaws did not explicitly ban Republicans from joining in 2017.

Other affinity groups on Capitol Hill have remained at least nominally bipartisan. Both the Congressional Black Caucus and the Congressional Asian Pacific American Caucus allow Republicans to join, though they are functionally Democratic groups.

Flores is now in a competitive race against Rep. Vicente Gonzalez (D-TX), who represents McAllen, after redistricting added his home to her district.

Gonzalez is a member of the Congressional Hispanic Caucus. His office declined to comment.

Rep. Tony Gonzales (R-TX), representing San Antonio, is one of the GOP Hispanic conference’s co-chairs along with Díaz-Balart and Rep. Carlos Gimenez (R-FL). Gonzales is a strong supporter of greater Latino representation among House Republicans and a Flores ally in her competitive race. Gonzales did not immediately respond to a request for comment on Flores’ rejection.

Monica De La Cruz, a right-wing Republican running in Texas’ 15th district who is a close friend of Flores’, said in a statement that she, Flores, and Republican 28th district candidate Cassy Garcia will “start a diverse network of Hispanic leaders who want our community to prosper and achieve the American Dream. The Latinx Caucus does not speak for nuestra gente.”

The Texas Tribune is a member-supported, nonpartisan newsroom informing and engaging Texans on state politics and policy. Learn more at texastribune.org.