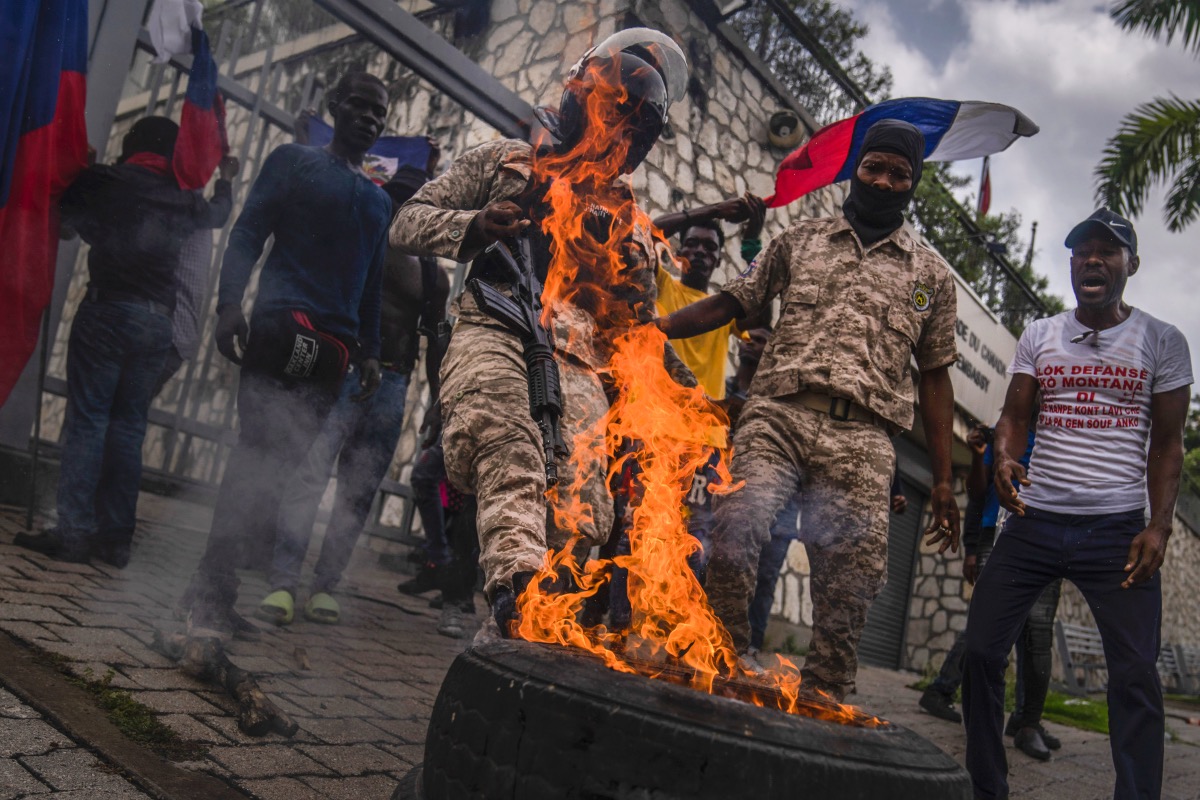 A police officer kicks a burning tire out of the way, in front of the Canadian embassy as demonstrators protest to reject an international military force requested by the government in Port-au-Prince, Haiti, Monday, October 24, 2022. (AP Photo/Ramon Espinosa)

PORT-AU-PRINCE, Haiti (AP) — Some 96,000 people have fled their homes in Haiti’s capital, the U.N.’s International Organization for Migration said Friday, as the country faces a crisis that has prompted the government to request the immediate deployment of foreign troops.

The IOM said gang-related violence has led to “racketeering, kidnappings and wider criminal acts in a context characterized by deep inequalities, high levels of deprivation of basic human needs and a fragmented security environment.”

Gangs are believed to control some 60 percent of Port-au-Prince, raping women, children and men and setting homes on fire as they fight to control more territory in the wake of the July 2021 assassination of President Jovenel Moïse, according to the United Nations.

Haitians also are struggling with dwindling supplies of fuel, water, and other basic goods at the same time as a cholera outbreak, with concerns growing over the unhealthy state of government shelters where thousands of people have been living for months after fleeing gang violence.

At least 40 deaths from more than 1,700 suspected cholera cases have been reported, although health officials believe the number is much higher.

Another 17,000 people remain without a permanent home after a 7.2 magnitude earthquake struck southwest Haiti in August 2021, the IOM said.

The government this month requested help from foreign troops after one of Haiti’s most powerful gangs surrounded a key fuel terminal in Port-au-Prince in mid-September, forcing gas stations and key businesses to close.

The international community has sent Haiti armored vehicles and other equipment in recent weeks to help boost the national police force, but the U.N. Security Council has yet to vote on Henry’s request for troops.