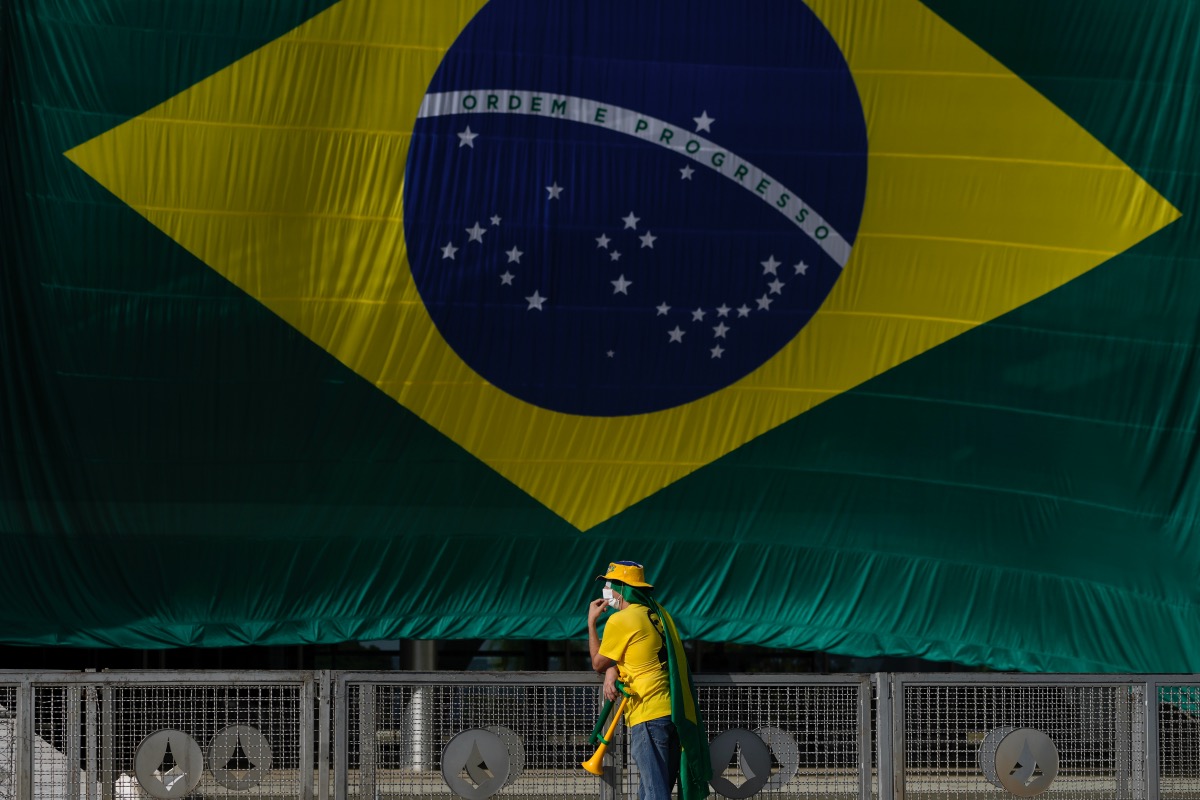 After a tense and tight race, former President Luiz Inácio Lula da Silva will return to the presidency on January 1, after receiving more than 60 million votes and defeating current President Jair Bolsonaro. This will be Lula’s third term, after serving two consecutive terms from 2003 to 2010.

Having spent 580 day in prison for corruption charges beginning in April 2018 —thus being barred from the 2018 presidential election— in his victory on Sunday, the founder and honorary president of Brazil’s Workers’ Party spoke of his “resurrection.”

This is the first time in the nearly 40 years since the return of democracy in Brazil that a president wasn’t able to win reelection.

At the time of this reporting, Bolsonaro had yet to concede defeat. Thousands of his supporters, in different parts of the country, had blocked roads demanding that the armed forces stage a coup.

After months of what analysts have described as the most violent presidential campaign since in Brazil’s recent history, with supporters of the outgoing president responsible for the bulk of threats and even the killing of Lula supporters, attention now has turned to the final months of Bolsonaro’s government. Whether Bolsonaro will accept the result and give up power in January, or —as he’s been threatening for months— refuse and stage a coup, remains to be seen.

Besides violence, the election was filled with a dirty war online, with fake news and religion used as a weapon. Bolsonaro’s religious support being primarily among evangelical Christians, threats were made against Catholic priests who dared to speak about social rights and harmony.

On the eve of the second round, Congresswoman Carla Zambelli (UNIÃO-São Paulo), one of Bolsonaro’s most prominent right-wing supporters, was caught on camera wielding a gun in downtown São Paulo while chasing a Black man whom she said had assaulted her.

However, another video shows that she had fallen on her own —and wasn’t pushed— before running after the man with her gun drawn. Under Brazilian law, carrying a gun in public 24 hours before an election is considered an electoral crime—not to mention the danger of a stray bullet striking an innocent people, or the fact that the incident took place a few meters from where thousands of Lula supporters and Lula himself were gathered for an event.

Last year Jefferson was charged in connection with an anti-democracy group online and had been under house arrest since January, baring him from accessing social media.

After hours of tense negotiations, Jackson turned himself in.

In São Paulo, Tarcísio Freitas, the candidate backed by Bolsonaro against Fernando Haddad of the Workers’ Party, was accused of faking a murder attempt during a visit to the Paraisópolis slum.

“Four witnesses claim that plainclothes policemen guarding the São Paulo gubernatorial candidate Tarcisio Gomes de Freitas shot and killed an unarmed man in Paraisópolis, in the west zone of São Paulo,” according to The Intercept. “They were on the street where the case happened on the 17th.”

Tarcisio then claimed that he and his team had been victims of an attack. After proven to be lie, he claimed that the situation was “a message from [organized] crime.”

On election day, officers of the Federal Highway Police (PRF) carried out illegal blitzes in cities in the northeast region of the country —where Lula has his largest support base— to make it difficult for people to vote. The director of the PRF, Silvinei Vasques, made posts in defense of Bolsonaro on the internet.

On Saturday, Justice Alexandre de Moraes of the Superior Electoral Court (TSE, in Portuguese) prohibited PRF operations, though the decision was apparently ignored. In areas of the city of Rio de Janeiro and nearby Niterói, voters also denounced illegal actions of the PRF on main roads.

And in several cities across the country —one of them São Gonçalo, one of the most populous cities in Rio de Janeiro state— voters denounced the fact that the number of buses running had been reduced, adding to the obstacles for voting. Five of 10 states with the most buses stopped by the PRF had higher abstention rates than the nationwide average.

This explains in part why da Silva was able to gather the support of politicians from across the political spectrum, including former presidential candidates Simone Tebet and Ciro Gomes, and even several of his fiercest opponents.

Bolsonaro still managed to send supporters to Congress, and Lula might have a hard time properly governing under such polarization and partisanship.

The Bolsonaro campaign had also claimed that radio stations had failed to broadcast thousands of the president’s campaign ads, which would constitute an electoral crime. But, in the end, that too was a lie, with Justice Moraes refusing to validate the accustion and threatening instead to investigate Bolsonaro’s own campaign for “disrupting” the election.

Unrelated to the elections but still of great political relevance, last month the Federal Audit Court denounced the existence of a cartel that defrauded a billion reais in bids for asphalting roads. The accusation involves the Sao Francisco & Parnaiba Valley Development Company, whose presidency is in the hands of a Bolsonaro ally.

This month, Senator-elect Damares Alves, an evangelical minister and the former minister of Women, Families and Human Rights, said she had received reports of violence against children on Marajó Island in northern Brazil. During an evangelical service, she said that the ministry she commanded had images of four-year-old children with their teeth pulled out “so that they wouldn’t bite during oral sex,” and that these children were victims of international trafficking.

Summoned to present evidence by the Public Ministry of Pará, the state where Marajó Island is located, Alves has been unable to prove her claims, and there are already calls for her impeachment as soon as she takes office in January.

The election of Alves to Congress, as well as several of Bolsonaro’s close supporters, spell difficult years for da Silva and his government. And backed by a broad coalition of supporters on the left and the right, he will also have a hard time satisfying all of his allies.

Raphael Tsavkko Garcia is a journalist with a PhD in human rights (focused on migration and diaspora). His portfolio is here. Twitter: @Tsavkko