Netflix’s ‘Blockbuster’ Is for Everyone — and It’s Latino (REVIEW) 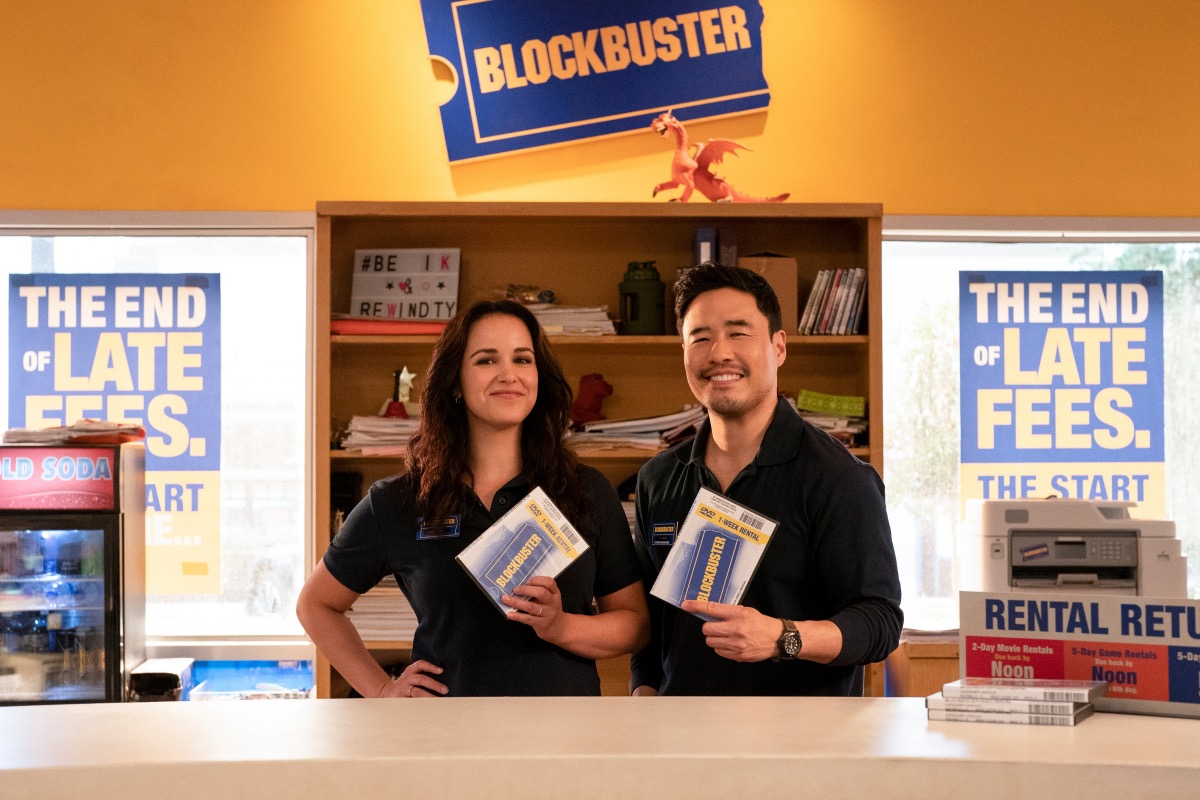 Netflix’s “Blockbuster” is blandly enjoyable, the TV equivalent of a PB&J: sweet, nostalgic, and true to form. It has a fun premise as a workplace comedy set in the last Blockbuster on Earth, and it boasts a charismatic cast led by Always Be My Maybe’s Randall Park and Brooklyn Nine-Nine’s Melissa Fumero.

The show doesn’t rise above those parts in its first season, but it does provide quality background programming, the sort of thing you throw on while you’re cleaning, catching the gags and perhaps missing some of the many film references—which, as Blockbuster employees, the characters are constantly making.

Which is all to say that Blockbuster is your typical American sitcom. It’s also decidedly Latinx, helmed by freshman showrunner Vanessa Ramos. She’s an alum of Brooklyn Nine-Nine and Superstore, and fans of those shows will find plenty to enjoy here, from similar pacing to shared talent to a matching aesthetic (blue workshirts, for one).

Blockbuster also features not one, not two, but THREE Latinx characters in its main seven-person ensemble. Yes, it is frustrating that all of them are fair-skinned and could be described as “white-passing,” and I wish Hollywood did better at lifting up Black and Indigenous Latinx actors. But I’m not going to blame one of the rare Latina showrunners for the entertainment industry’s racism, especially since the cast also features two Black characters and a Korean lead.

Setting aside the issue of skin tone for a moment, these three characters are interestingly diverse in other important ways, such as gender, age, sexuality, education level, body type, and so on.

First, we have Melissa Fumero as Eliza. She’s in a will-they-won’t-they dynamic with Randall Park’s Timmy. Her daughter may be a teenager now, but Eliza still smarts at how she had to give up attending Harvard to have her. Mostly in khakis and her work polo, even when she’s dressed up for a date, Eliza is never hypersexualized. At one point a character says, “Your hair looks fantastic,” and she responds, “Thank you – yours is hair too!” She’s not the exoticized other but rather the pretty, awkward girl next door, Timmy’s high school crush come back in more ways than one. 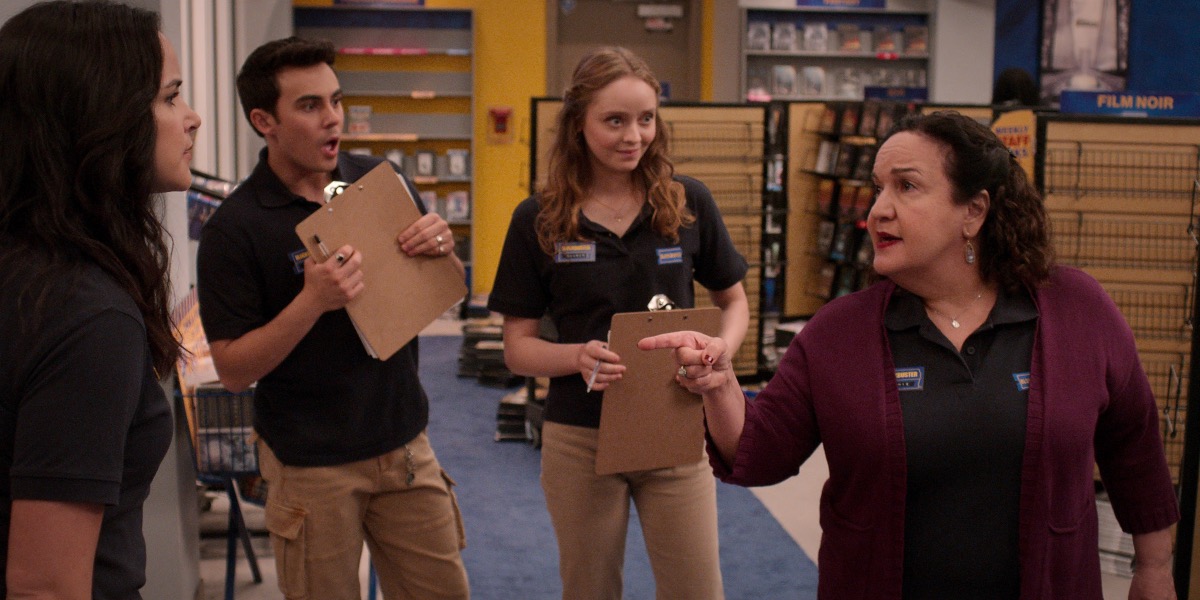 Melissa Fumero (left) as Eliza, Tyler Alvarez as Carlos, Madeleine Arthur as Hannah, and Olga Merediz as Connie in ‘Blockbuster’ (Courtesy of Netflix)

Following her parts in Encanto and In The Heights, you could say Olga Merediz is in the abuela role again as Connie Serrano, the elder stateswoman of Blockbuster with a decade or three on her coworkers. And while there are age jokes —she can’t stay up late, she loves those pastel statuettes of my nightmares, etc.— she’s mostly a peer, another screwball in a group full of them. As such, she does some great physical comedy in a sequence involving a five-hour-energy drink and models the show’s only healthy relationship through anecdotes about her husband.

Lastly, there’s Tyler Alvarez as Carlos Herrera, an aspiring filmmaker studying to become an accountant to please his immigrant parents. One of the three young people who work at Blockbuster, he’s also still trying to figure out who he is. But it’s worth noting that he’s not grappling with his sexuality—he’s out as bisexual to his coworkers and family and has no qualms about it. Instead, his journey is more about discovering himself in terms of both love and career.

I say all this because each of these characters —and their mostly non-white counterparts— are not defined by stereotypes. They have the mishmash of traits common among sitcom characters, regardless of race, meaning they’re given the same depth, contradictions, and lightness usually reserved for white people on TV.

And it’s also worth noting that no one’s latinidad is a secret. They say their names with accents, watch telenovelas, and even speak in Spanish at times.

So, while the jokes, very light political commentary, tone, and substance of Blockbuster are hardly groundbreaking, the show’s existence is. Here’s a middling sitcom that firmly stands in its multiracial Latinx perspective while declaring itself mainstream American.

And I hope, like other mainstream sitcoms before it, it’s renewed for many, many seasons.