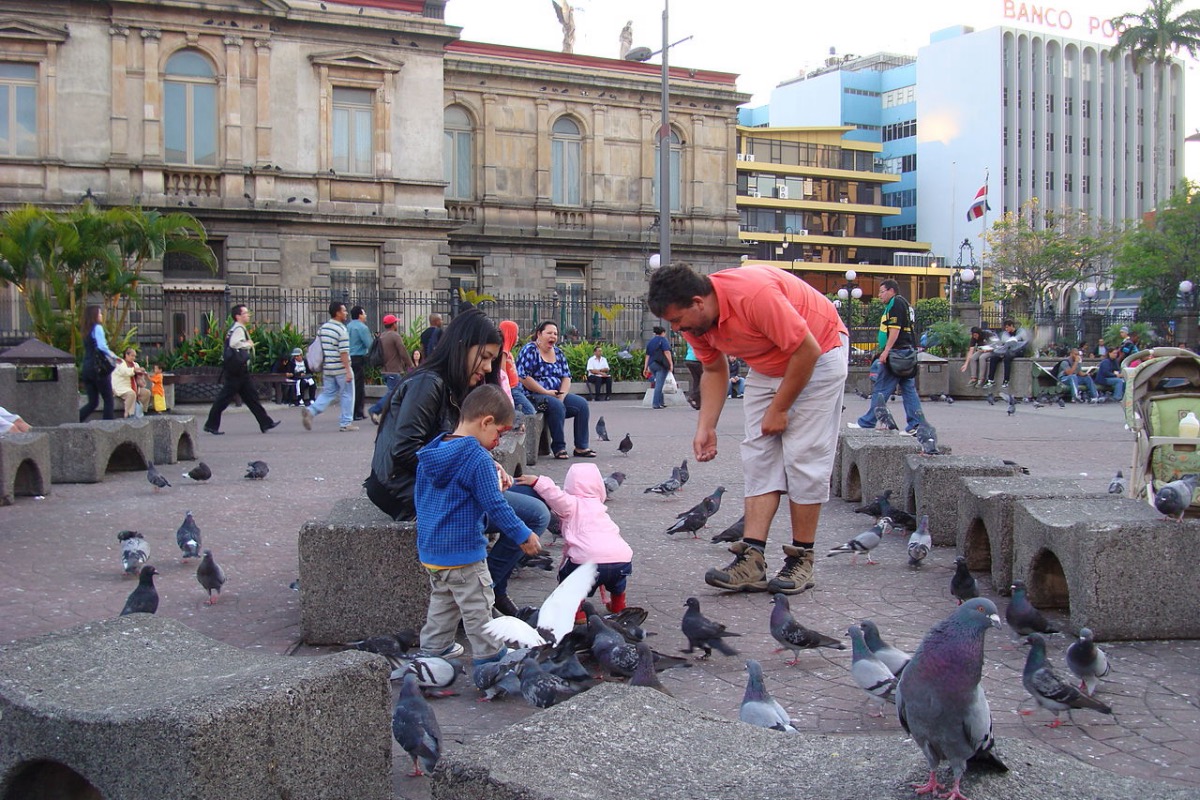 The line —known as “the safe line”— is part of a project called Kilometer Downtown. The intent of the project is to guide tourists to a couple of hotels and safe spots where they can ask for information. It is sponsored by the city of San José.

Criticism against the line claims that it is painted on a sidewalk that is over 100 years old. Javier Figueres, a project sponsor, believes that concerns over heritage must be weighed against concerns over safety, citing increased crime in the capital.

The line will be inaugurated in December.

BRAZIL: The defense ministry forwarded on Wednesday an election report to the Superior Electoral Tribunal, the organization responsible for organizing all stages of electoral proceedings.

The report presented issues in the country’s electoral systems and proposed solutions but it did not cite fraud. As a result, no legitimacy has been granted to claims made by supporters of President Jair Bolsonaro following his loss to Luiz Inácio Lula da Silva in the October 30 runoff.

Some political analysts hoped the report would serve to dampen attempts to defame the electoral process.

While protests have ebbed over the last two weeks, staunch Bolsonaro supporters continue to camp out at military barracks across the country, calling on the military to save Brazil.

CHILE: Chilean police reported on Thursday that they had found the body of a British astronomer who disappeared in mid-September. The remains of Thomas Marsh, 61 years old, were discovered near La Silla observatory, located in northern Chile.

In an update, the police said that Marsh’s body was found after an “intense search.” Marsh, who was an astrophysics professor at Warwick University in England, had traveled to Chile to conduct research in the Atacama Desert.

Police expressed condolences to Marsh’s family. No cause of death has been cited.

BOLIVIA: After more than a decade, Bolivia will hold its first census, announced President Luis Arce on Saturday. In his speech, he expressed that “each and every Bolivian woman and man should be part of the Bicentennial Census,” and stated the need to build “the Homeland, united, taking into account the economic, social and cultural realities of the nine departments.”

Arce said that the census would be held on March 23, 2024. According to the census decree, the results of the census will make it possible to address plans to improve human, economic, and social development.

PERU: Hochschild Mining PLC’s Inmaculada gold and silver mine said on Saturday that residents of the Huancute community in Ayacucho broke into their company last Friday.

The British-based company, headquartered in Lima, Peru, claimed that the break-in caused interruptions and placed workers at risk. In a statement, the company said that the protesters broke the metal fence to the mine and threw stones at vehicles.

Protests against mining companies in Peru are common—some are forced to temporarily suspend operations. Peru is the second-largest copper producer in the world.

HAITI: Gas stations across the country opened for the first time on Saturday after the G9 gang, led by Jimmy Chérizier, lifted a blockade at a key fuel terminal in Port-au-Prince that halted Haiti’s economy for almost two months.

Earlier in the week, about 400 trucks lined up at the fuel terminal to fill up their tanks, then were escorted by police to gas stations in the capital and other parts of the country.

BAHAMAS: Bahamian authorities said on Sunday that they are investigating whether any “criminal misconduct occurred” at cryptocurrency firm FTX. The firm filed for bankruptcy on Friday, and its chief executive, Sam Bankman-Fried, resigned.

The crypto firm confirmed on Friday that there was “unauthorized access” to its accounts, just hours after filing for bankruptcy. At least $1 billion in customer funds vanished from the platform. The new company’s executive officer, John Ray III, said on Saturday that FTX is shutting off the trade and fund withdrawal function from its platform to focus on securing its customer’s assets.

FTX was one of the largest cryptocurrency exchanges in the world. According to the filing, FTX had valued assets between $10 billion and $50 billion. As of Sunday, the price of one bitcoin fell to about $16,000, down by more than 75 percent from the record high of $69,000 last November.

PANAMA: A judge on Monday called over 30 people to trial on charges of money laundering in what has been called the Odebrecht case, one of the region’s largest corruption cases in recent history.

Among the accused are six former ministers, former officials, and businesspeople. Not least, former President Ricardo Martinelli and his successor and vice president Juan Carlos Varela are also among the accused. Previously, they had been restricted from leaving the country pending separate corruption charges. Both deny committing crimes. Varela plans to run for president in 2024.

MEXICO: A top anti-corruption official in Morelos state launched an investigation on Monday into prosecutors in Morelos after allegations that they covered up the killing of Ariadna López, whose body was found on a road in Morelos.

The investigation came shortly after the mayor of Mexico City, Claudia Sheinbaum, accused Morelos Attorney General Uriel Carmona of having ties to the killer. Carmona denied the accusation.

Carmona said a state forensic exam showed that López died due to choking from vomiting because of intoxication. However, a new autopsy carried out by Mexico City officials showed evidence of several lesions and traumas.

López was one of five women found dead in a crime wave. Two are currently detained for her alleged murder.

UNITED STATES: In New York City, a tent complex erected to accommodate the increase in migrants to the city will shut down this week, reported City Limits on Thursday. Although the reason is unconfirmed, the most likely cause is the slowing numbers of migrants entering the city due to updated migration policy.

Designed for single adult men, the structure —dubbed a “Humanitarian Emergency Response and Relief Center”— holds 500 cots, is winterized, and has a cafeteria and recreation center. The structure opened on October 19 on Randall’s Island after the original location flooded, drawing scrutiny. It has received some praise from those currently housed there.