We really thought that CNN columnist Ruben Navarrette, Jr. would once again begin to raise the level of discussion with his opinions about US Latinos in the 21st century. Just last week, for example, Navarrette penned a column about the recent Kennedy Center controversy and how it continues to ignore US Latino honorees. It was a very refreshing departure from the Leo Manzano flag piece he wrote in August. You would think he had gotten the message.

Today, however, Navarrette cranked up his outrage one more time with another CNN piece called “Obama hits a foul by honoring César Chávez.” It is classic Navarrette: travel one path until people think they have you figured out, and at the moment people think they have you figured you out, go down another path, because this is the Internet and being provocative sells. In today’s column, Navarrette makes some valid points.

Do many US Latinos voters feel that President Obama continues to pander for votes? Yes.

Is it true that Chávez was not a perfect figure? Of course, he is human like the rest of us. (By the way, Navarrette has been saying this for close to 20 years.)

Is the history of the UFW an imperfect history as well? Yes.

But was this all part of some overall political strategy by the President’s team to drum up even more support among US Latinos? Not even close. 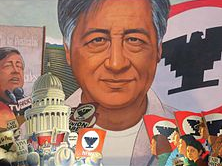 Now, we could have gone the simple route and said that Navarrette’s opinions about Chávez’s anti-immigrant views coincided exactly with that of an October 5 blog post from Numbers USA, not the most immigration-friendly of groups out there. But that would have been too easy. Unlike Navarrette, we actually try to dig deeper into the opinions he publishes. It’s the least we can do.

You see, as a columnist who wants to create headlines and controversy, Navarrette is known to overlook basic details when it comes to sharing his point of view. These details, in the case of the latest piece on Chávez, can also be known as facts. So, since Navarrette won’t provide you with facts that would discredit his Obama Hispandering Political Foul Ball theory, we will. Here goes:

As for Chávez’s stance on illegal immigration, did you know that Navarrette had already said this two years ago and was properly schooled by many?  You see, Navarrette continues to make the mistake that if you have more moderate views about immigration, you quickly fall into the amnesty camp. He also fails to understand that when he writes column such as the Chávez one he wrote, he appeals to this country’s more neo-nativist sensibilities. So Navarrette will use his CNN pulpit to basically agree with Numbers USA instead of siding with a more rational view. Yes, Chávez did not support illegal immigration, and in fact many US Latinos would agree with him. As NCLR’s Janet Murguia already told Navarrette in 2010:

NCLR, like Chávez and the UFW, is an advocate for comprehensive immigration reform, but does not support illegal immigration. NCLR urges lawmakers to pass comprehensive immigration reform for the sake of all of America’s workers, for the very same reasons that Navarrette cites—maintaining fair wages, leveling the playing field of America’s workforce, and upholding high workplace standards. Navarrette fails to grasp that unscrupulous employers are currently benefiting from our broken immigration system by exploiting vulnerable workers, paying unfair wages, and depressing compensation for all American workers, especially in the agriculture, meat-processing, and other industries often occupied by low-wage and undocumented workers. Immigration reform that levels the playing field for all workers—affording them fair wages, hours, and worksite protections—would automatically eliminate the trap door that bad-actor employers currently exploit to gain an advantage over their competitors and hold so many workers hostage to abuse and unbearable working conditions. It’s hard to imagine that the civil rights leader who championed the labor cause would be against legislation that would be in the best interest of workers and restore the rule of law.

NCLR urges lawmakers to pass comprehensive immigration reform in honor of Chávez’s legacy. Here is my quote that Navarrette failed to include in its entirety:

César Chávez shined a national spotlight on the depressed wages and unbearable working conditions experienced by agricultural laborers in the 1960s. Still, today, too many farmworkers face similar conditions. An essential element of any solution to the myriad problems faced by farmworkers is immigration reform, including provisions in the ‘AgJOBS Act of 2009’ (H.R. 2412) that will reduce incentives for growers to hire undocumented workers by improving protections for all of our nation’s farmworkers.

It’s hard to imagine that Chávez would disagree.

Another piece by Luis León called “Misusing César Chávez in Immigration Debate” also dispels a lot of what Navarrette clings to. Here is just one quote: “Chavez opposed undocumented labor inasmuch as workers were exploited, used to depress wages, and undercut unionization efforts. While he did oppose Mexican guest worker programs he simultaneously campaigned for the legalization of Mexican citizens. But above all, Chavez demanded that the common humanity of Mexican people be recognized and appreciated. He literally gave his life toward this simple goal so one can be fairly certain that he would have protested any immigration policy that dehumanizes Mexicans..”

But going beyond Navarrette’s simplistic argument about Chávez, which in our opinion only gives fodder for those who are ready to erect walls around borders and send us all back to Mexico (yes, even you, Ruben, sorry), this sudden notion that a national monument was a last-minute, last-ditch plot to appeal to the 2012 US Latino vote is just plain false. 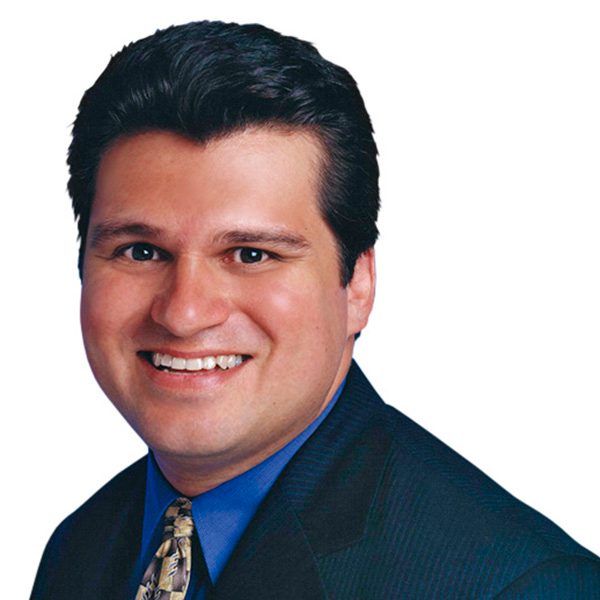 Did you know that the act to pursue a national monument for Chávez began in 2008?

Yes, on May 8, 2008, the US Congress passed the Consolidated Natural Resources Act of 2008, and in section 325, a César Chávez study was initiated. This section called for a study that would determine if indeed a Chávez site would meet “the criteria for listing on the National Register of Historical Places or designation as a national historic landmark…” Last time we checked, we don’t think President Obama was President of the United States in 2008.

Did you also know that a draft of the study was made public by the US Department of the Interior in 2011?

The executive summary from the National Parks Service determined the following:

In the end, the NPS report recommended that the following should occur: “Congress would establish a national historical park (NHP) that would incorporate nationally significant sites in California and Arizona related to the life of Cesar Chavez and the farm labor movement. These sites would include the Forty Acres, Filipino Community Hall, Nuestra Senora Reina de La Paz (La Paz) and the Santa Rita Center. The Secretary of the Interior would be authorized to add significant associated sites or districts to the national historical park that would be owned and operated by park partners.”

Did you also know that this entire process was made available to the public for commenting and input? For example, the following link from the Arizona Historic Preservation Conference dedicated an entire session to how the public was interested in exploring NPS’ draft and honoring Chávez. The NPS even posted public meetings in 2011 to discuss the Chávez report. Where was Navarrette in all this? Was he writing it about then, telling everyone that a national monument for Chávez was a bad idea? If he really was committed about his cause, don’t you think he would have been ahead of it during the public comments? Then there would be real cause and conviction in his efforts. Instead, Navarrette shows up late to the process and suggests that this is all about one thing: blame Obama. That would have made sense if Navarrette’s theory were true. But it is not.

Finally, do you also know that Navarrette completely misses the point when he writes the following:

But Chavez was never a leader for all Latinos. Mexicans and Mexican-Americans might represent more than two-thirds of the U.S. Latino population, but the other third is made up of Puerto Ricans, Cubans, Dominicans and others. To them, Chávez probably means nothing. Even Mexican immigrants don’t have a stake in the legend of César Chávez; they hear the name, and most of them probably think of the great Mexican boxer, Julio César Chávez.

The group that Chávez has the strongest hold on is Mexican-Americans, but not all of them. He matters to baby boomers, but not to Generation X or the so-called millennial generation. And given that most Mexican-Americans now live in the cities — Los Angeles, Phoenix, Denver, San Antonio, Dallas — how are they supposed to relate to the memory of someone who was focused on the farms? In the end, the small sliver of Latinos who will be impressed by Obama’s gesture — Mexican-American lefties over 50 — was going to vote for him anyway. So where’s the benefit?

Granted, Chávez might not have been “a leader for all Latinos” when he was alive. But we find it hard to believe that Navarrette thinks that Chávez’s legacy and his accomplishments don’t make him “a leader for all Latinos” now. In our world—a world where we connect with young bilingual and bicultural readers and fans every day from New York, Miami, Chicago, Houston, Phoenix, Los Angeles, San Juan, Mexico City, and all over the world—Chávez IS a leader not only for ALL LATINOS, he is a leader for EVERYONE. It doesn’t matter if he were Mexican American, just like it does not matter if say, someone like Roberto Clemente was Puerto Rican. Our past inspires our future, and Chávez is part of that past that will never be forgotten. Like Jeff Biggers said this week in a piece that speaks to Chávez’s legacy in Arizona, “never has Chavez’s movement seemed more relevant to Arizona and the nation today.”

But don’t take our word for it. Read the mission statement of the César Chávez Foundation and see that in the end, César Chávez and his life brought out universal values that we still hold dear:

The mission of César Chávez Foundation is to enrich and improve the lives of farm worker and Latino families outside the work place by meeting their essential human, cultural, and community needs.  Latinos are the largest and fastest-growing group in America. Yet, Latinos face enormous challenges and flagrant discrimination living in this country, lagging far behind the nation in areas such as education and home ownership. Their progress has been especially slow in the last 20 years, with little or no improvement, for example, in the rates of high school graduation and college enrollment. Similarly, while conditions for farm workers, almost 90 percent of whom are Latino, have improved since the movement’s early days, there is a long way to go towards ensuring equal opportunity. The needs of farm workers also continue to evolve with each successive generation and new wave of immigration.

The population of Latinos in the U.S. is diverse and multifaceted from recently arrived immigrants toiling in the fields to third generation families struggling to send their children to college. While each community has its own issues, they all share the common aspiration of providing a better life for their families.  The Chávez foundation aims to help meet this common aspiration through services and programs so fundamental that horizons are broadened and lives are forever enriched. In the words of César Chávez,  “you cannot uneducate the person who has learned to read. You cannot humiliate the person who feels pride. You cannot oppress the people who are not afraid anymore.”