The recent boycott against WAPA-TV’s “SuperXclusivo” and the controversy surrounding Puerto Rico’s top-rated show made the December 16 edition of The New York Times, and the Times story confirmed that WAPA’s president has considered canceling the show.

After summarizing the events surrounding the origins of the boycott and the death of pubicist José Enrique Gómez, which continues to get more brands to pull its ads from the show (this weekend, it was Burlington Coat Factory), the Times piece concluded with comments made by Joe Ramos, WAPA’s president. This is what the story says:

Mr. Ramos said the network was going to scrutinize La Comay’s talking points more closely because of the boycott. (She does not use a script.) Mr. Ramos said the company tends to review in advance anything that could be considered controversial but that in the case of Mr. Gómez Saladín, it had not.

Mr. Ramos said he respected the decision of the advertisers that had removed their commercials from the show.

He agreed that maybe it was time to consider whether the benefits of keeping La Comay on television outweighed drawbacks. “I can assure you that I think of that a lot, the owners of WAPA think of that,” he said. “There has to be a breaking point where you say is this really worthwhile?”

The last paragraph is quite telling, and the Puerto Rican press has already begun to report what Ramos said. El Nuevo Día published a story about the Times story and has also reported that Ramos has thought about canceling the show, which is broadcast both in Puerto Rico and in the United States through WAPA América. 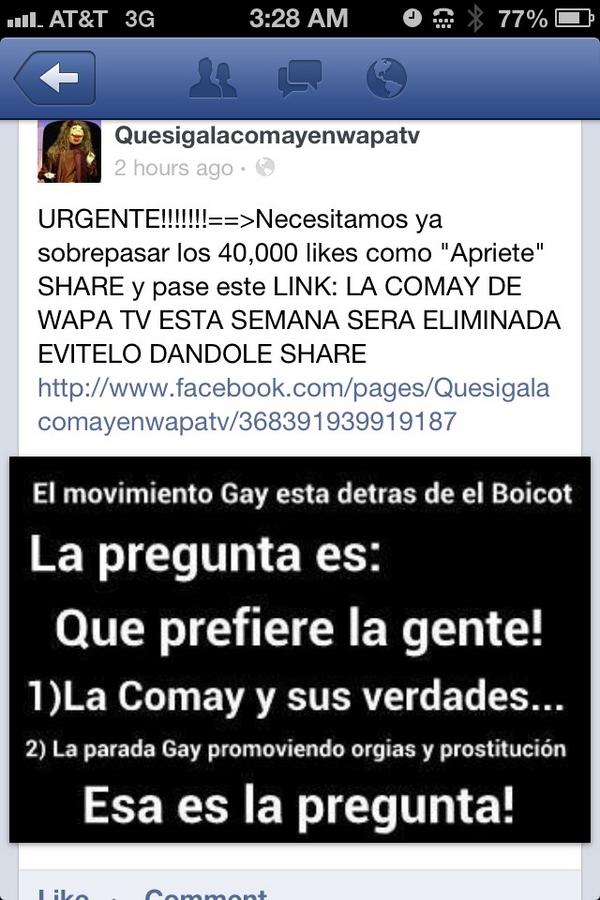 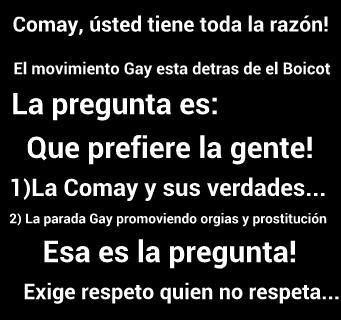