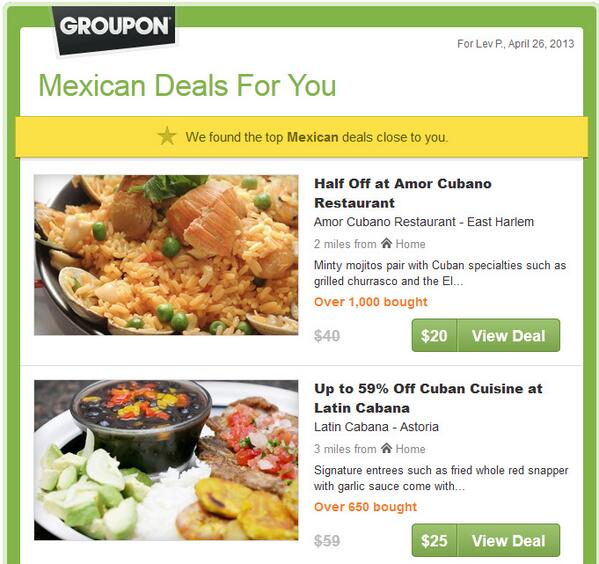 Huge @groupon screwup (unless Mexico’s invaded Cuba). But maybe I shouldn’t talk: all deal sites look the same to me. twitter.com/lpolinsky/stat…

Dear Groupon, this is not that hard to do. We would love to know what happened. Do you have your filter set to “Default Mexican” when it comes to talking about Latinos. Yeah, we are from many different countries. Just saying.