A July 23 story by Animal Político said the Mexican consulates near the Mexico-US border reported that 13,454 unaccompanied minors were deported by US immigration officials. The article stated that since the passing of the 2008 Trafficking Victims Protection Reauthorization Act, there has been a marked increased in the number of deported minors who wind up under the custody of Mexico’s Division of Unaccompanied Minors.

The story said the following (in Spanish, translation ours):

…most children are repatriated after arrests at ports of entry by the Border Patrol or Customs and Border Protection agents within a period no longer than 48 or 72 hours of admission to the United States, which are the legal times legal that the United States can transfer custody of a child to a shelter in confirmed cases of the law. 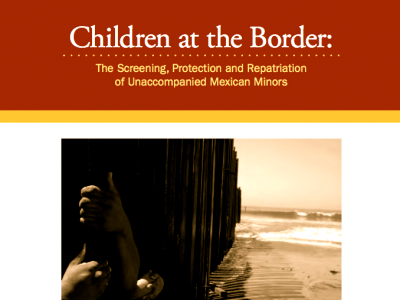 Last year, the U.S. Border Patrol apprehended 6,548 accompanied and 24,481 unaccompanied children, a total that includes Mexican minors. The rate of border-crossing minors tripled since 2008 to the point that in 2012, unaccompanied minors comprised  79 percent of all juvenile border crossers.

Once apprehended, minors are placed with the U.S. Office of Refugee Resettlement (ORR), an U.S. Health and Human Services agency that takes custody of minors while their cases are being adjudicated. While the majority of minors from Mexico are returned without being detained, some children are  kept in adult detention centers. In 2012, those children spent anywhere between three days to more than an year. Indeed, over 1,300 children spent a  combined one hundred years in adult detention centers last year.

Whereas the Department of Homeland Security (DHS) has a policy of detaining children in the least restrictive setting appropriate to their age and needs, they have not always followed through on those orders.  One four-year old child was subjected to freezing conditions.

When they do make it to immigration court, the odds are stacked against immigrant children wanting to stay in the U.S. Although immigrants with legal representation are  nine times more likely to win their case, less than fifty percent of children have legal representation. In fact, immigrants are not entitled to public defenders in immigration court. It is not unusual for a  toddler or a  six-year-old to appear in front of the judge without a lawyer.

A 2011 report from the Appleseed Network has previously explored the issue:

According to the “Children at the Border: The Screening, Protection & Repatriation of Unaccompanied Mexican Minors”, Mexico does not have uniform laws or policies governing the rights of migrating minors or the responsibilities of the various agencies who assume custody of them after their repatriation from the U.S. – Mexico border. Instead, there is a patchwork of laws and regulations that govern the shelter, treatment, and protection of unaccompanied minors.

The report also notes that there are a number of factors that lead Mexican children to embark on the hazardous journey to the United States. However, according to many reports and the Appleseed investigation, the most pervasive motive for children to leave home and attempt to enter the United States appears to be the search for better economic opportunity. Put simply, the prospect of a job or an education can lead to better employment, and thus a better life for these children and their families. The second-most commonly cited reason is family reunification. 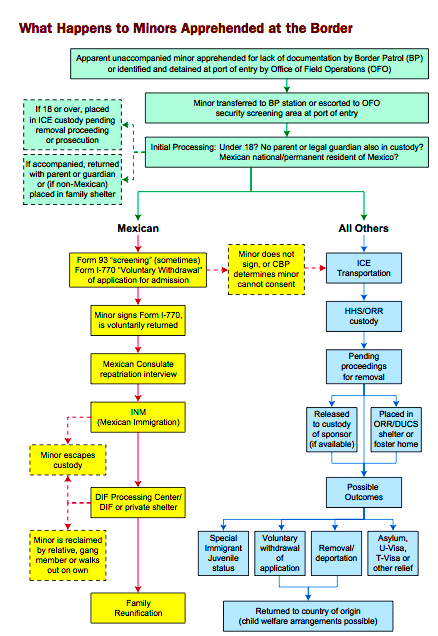 One response to “The United States Deported 13,454 Unaccompanied Mexican Minors in 2012”