Mother of Teen Shot By Border Patrol Agent: “No One Has Spoken With Me”

In a new development surrounding a Friday announcement by the US Department of Justice that charges will not be filed against a Border Patrol agent in the 2011 shooting death of a 17-year-old Mexican national, the teen’s mother told Nogales International on Sunday that she hadn’t even heard about the DOJ’s latest decision.

The DOJ announcement involved the death of Ramses Barron-Torres, who according to USA Today, “was on the Mexico side of the border and would need to be in the United States for the Justice Department to proceed.” Sunday Nogales International’s Murphy Woodhouse spoke with Barron-Torres’ mother, Zelma Berenice Barron Torres, who said she had no idea about the latest news: 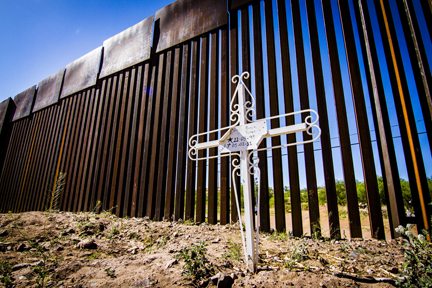 When reached for comment on Sunday, Barron said that she had not heard anything about the Department of Justice’s decision, two days after its public announcement. According to the DOJ’s release, officials from the federal agencies involved in the investigation “met today with representatives for Barron-Torres’ family to inform them of this determination.”

“No one has spoken with me,” she said. “No one. Absolutely nobody.”

She said that the Mexican Consulate had contacted her last week and asked to meet with her, and she suspected that the meeting had something to do with the announcement. However, she said she was unable to make the meeting.

Asked why Barron had not learned about the DOJ’s decision until Sunday, department spokesperson Dena Iverson said that “the department set up a meeting for last Friday to inform the Barron-Torres family and representatives of the Mexican government of the case closing. The family did not attend the meeting so the representatives from the consulate were informed about the closing on their behalf.”

Responding to a translation of portions of the announcement, Zelma said that the decision was “wrong. Why? I want justice. How is it that they’ve closed my son’s case?” 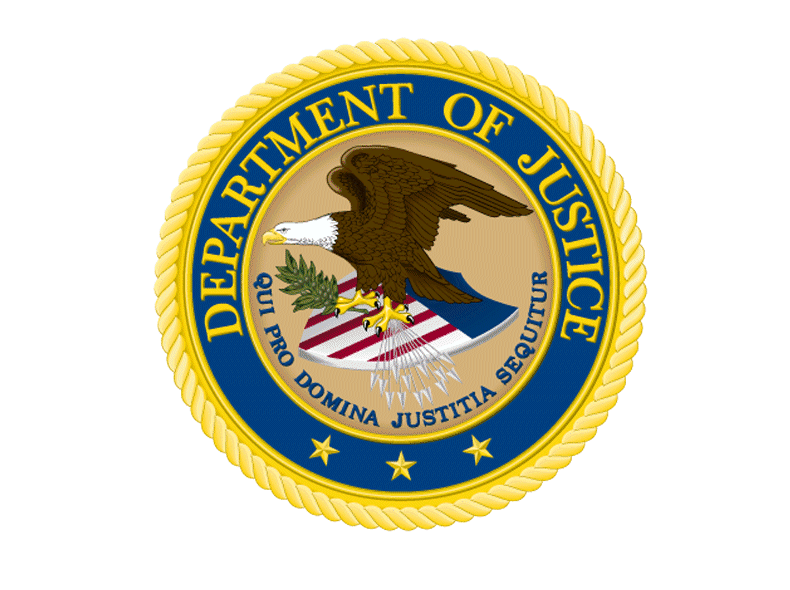 Federal Officials Close the Investigation into the Death of Ramses Barron-Torres
The Justice Department will not pursue federal criminal civil rights or other federal criminal charges against the United States Border Patrol (USBP) agent involved in the shooting incident that resulted in the death of Ramses Barron-Torres, the department announced today.

Officials from the Civil Rights Division of the Department of Justice, the U.S. Attorney’s Office for the District of Arizona, and the Department of Homeland Security (DHS) Office of the Inspector General (OIG) met today with representatives for Barron-Torres’ family to inform them of this determination. The department’s decision is based on the facts developed during an independent and comprehensive investigation into this matter.

The department devoted significant time and resources to investigating the events surrounding Barron-Torres’ death on Jan. 5, 2011, at approximately 3:00 a.m., at the international boundary fence separating the United States from Mexico in Nogales, Ariz. A team of experienced federal prosecutors reviewed hundreds of pages of evidence generated by DHS OIG investigators and the FBI. They conducted a detailed and lengthy analysis of numerous materials including videotapes of the incident, physical evidence reports, official law enforcement use of force training materials, law enforcement accounts and civilian witness accounts.

The evidence developed during the investigation indicated that USBP agents were responding to reports that individuals were moving apparent packages of narcotics across the U.S. – Mexico border. When the agents arrived at the location, Barron-Torres, a 17-year-old Mexican national, and three other individuals were on the Mexico side of the border fence and started throwing rocks at the two USBP agents who were on the U.S. side of the fence. A fifth individual, who was carrying a bundle of suspected narcotics, ran parallel to the fence on the U.S. side. The agents were forced to take protective cover due to the rocks that were being thrown by Barron-Torres and his associates. The agents issued commands, in Spanish, to stop throwing rocks. However, Barron-Torres continued to throw rocks, and one of the agents fired a round at Barron-Torres from his service weapon, fatally striking him. A videotape of the incident captured Barron-Torres making a throwing motion with his right arm, then falling to the ground.

The Department of Justice lacks jurisdiction to prosecute the agent who fired at Barron-Torres under the federal criminal civil rights statute pertaining to use of force under color of law, because the statute requires that the victim be in the United States when he was injured. Here, Barron-Torres was on the Mexico side of the border fence when he was shot. While the federal homicide statutes address murder and manslaughter committed within the Special Maritime and Territorial Jurisdiction of the United States, federal courts have consistently held that self-defense and justification are both defenses to the federal homicide statutes. Although the agent was within the Special Maritime and Territorial Jurisdiction when he fired upon Barron-Torres, there is insufficient evidence to disprove the agent’s claim that he shot Barron-Torres in self-defense; because Barron-Torres was throwing rocks over the border fence in the direction of the agents and ignored the agents’ commands to stop. Rather, the videotape of the incident, another witness agent and a civilian witness on the Mexico side of the fence all corroborate the account of the agent who fired at Barron-Torres.

While the loss of life is regrettable, the facts of this matter do not support a federal prosecution. Accordingly, the investigation into this incident has been closed.

Meanwhile, the DOJ also announced on Friday that it would not pursue charges on another similar incident.

Here is that full release:

Officials from the Justice Department’s Civil Rights Division, the U.S. Attorney’s Office for the District of Arizona, and the Department of Homeland Security (DHS) Office of the Inspector General (OIG) met today with LaMadrid’s family members and their representatives to inform them of this determination. The department’s decision is based on the facts developed during an independent and comprehensive investigation into the matter.

The department devoted significant time and resources to investigating the events surrounding LaMadrid’s death on March 21, 2011, around noon, at the international boundary fence separating the United States from Mexico in Douglas, Ariz. A team of experienced federal prosecutors reviewed thousands of pages of evidence generated by the DHS OIG investigators, the Customs and Border Protection Office of Professional Responsibility, and the Immigration and Customs Enforcement (ICE) Internal Affairs Unit. They conducted a detailed and lengthy analysis of numerous materials including videotapes of the incident, the autopsy report, physical evidence reports, official law enforcement use of force training materials, law enforcement accounts and civilian witness accounts. Federal prosecutors also interviewed several key witnesses and physically examined the scene of the shooting to gather additional information.

The evidence developed during the investigation indicated that LaMadrid, a 19-year-old U.S. citizen, was observed by Douglas Police Department (DPD) officers loading suspected bundles of narcotics into a Chevrolet Avalanche. DPD officers pursued the vehicle, but LaMadrid failed to yield and drove toward the international boundary fence. The Avalanche ran into a USBP agent’s service vehicle near the fence. LaMadrid exited the driver’s door, ran toward the fence, and climbed up a ladder that was resting against the fence. On top of the fence, near LaMadrid, was another male throwing brick-sized rocks at the USBP agent. At the time the shots were fired by the agent, LaMadrid was in the line of fire between the rock-throwing male and the agent. LaMadrid was struck by four bullets, causing him to fall to the ground. He was transported to a nearby hospital where he died in surgery several hours later.

While a civilian witness who climbed up the ladder behind the victim stated that he did not see anyone throwing rocks at the time of the shooting, his account is contradicted by the physical, testimonial and video evidence. A law enforcement officer who witnessed the shooting stated that he saw a man on top of the fence throw three rocks at the agent, forcing the shooting agent to duck down behind his vehicle for cover. The videotapes of the incident, although poor in quality, show an individual on top of the border fence making an overhead throwing motion as the victim ascends the ladder. Crime scene investigators recovered several brick-sized rocks at the scene, including one that shattered the windshield of the USBP agent’s service vehicle, which the agent was standing or stooping next to when he fired five shots.

This matter is also not prosecutable under the federal homicide statutes, although it was committed within the Special Maritime and Territorial Jurisdiction of the United States, because there is insufficient evidence for the government to disprove that the agent was acting in self-defense when he fired at the rock thrower and mistakenly struck the victim, who was in his line of fire.

While the loss of life is regrettable, the facts of this matter do not support a federal prosecution. Accordingly, the investigation into this incident has been closed.

Jesús Romo, an attorney representing the family of Lamadrid in their ongoing civil suit against Tidwell, said that the DOJ’s decision to not pursue criminal charges, especially homicide charges, was “out of touch with the realities of the border.”

“[T]his young man was climbing a ladder and he was shot four times in the back,” Romo said. “So, it’s impossible for us to believe that he could have been shooting at someone else, missed that person altogether and shot our client in the back, who had no weapons, no rocks or any other instrument, four times. It is clearly a case of homicide.”

Guerrero, who said that the decision came as a surprise to her, shared her lawyer’s disbelief.
“They say that my son was in the line of fire, but there was big distance between the person on top of the fence and my son who was halfway up it,” she said. “It’s not reasonable. I don’t accept it.”

In the wake of the DOJ’s decision, Guerrero and Romo said that they intend to pressure the Cochise County Attorney’s Office to take up a criminal case against Tidwell. “At least manslaughter,” Romo said. “Or negligent homicide.”

Cochise County Attorney Ed Rheinheimer said that “in light of the Department of Justice’s determination, this office will be doing one final review of the case before making any public comment.”

Santa Cruz County Attorney George Silva did not return a call for comment before deadline on the possibility of prosecuting Barron-Torres’s shooter.

One response to “Mother of Teen Shot By Border Patrol Agent: “No One Has Spoken With Me””