Can This NYTimes White Latino Debacle Get Any Worse? Yes, It Can

Like our founder wrote last week, quoting Spiderman, “With great power comes great responsibility.” Such is the case about about The New York Times and how writer Nate Cohn irresponsibly reported news from a study he never actually read.

Now MSNBC’s Chris Hayes decided to go all-in with Cohn’s piece and the results were disastrous. First, here is how Hayes set it up on May 22:

Within a minute of the initial report, Hayes says, “According to new data reported by Pew,” implying that Pew released this data when in fact, they did not. And apparently Hayes and his team didn’t even read the reason why a Pew Research writer decided to publish a piece about a study that had yet to get finalized or was public. Hayes also made the same mistake from the data that has been roundly criticized. It’s the same trap as Cohn’s. And oh yeah, he also cites the awful Slate piece from last month.

Right after that segment, this happened: a discussion with Dr. Ben Carson, Heather McGhee and Telemundo’s Jose Diaz-Balart. Prepare to be severely disappointed and yes, even angry. Just read what our friend Angelo Falcón had to say about it.

Now, we can dissect that video for days (can anyone explain to us if they thought the conversation was even cohesive?), and while some might have issue with the fact that Carson was the focus, that is not the point here. Hayes’ discussion, after spending two minutes with a setup about Latinos, proceeds to have only one Latino on the segment, and it is a Latino (Diaz-Balart) who said this about Latinos and race: 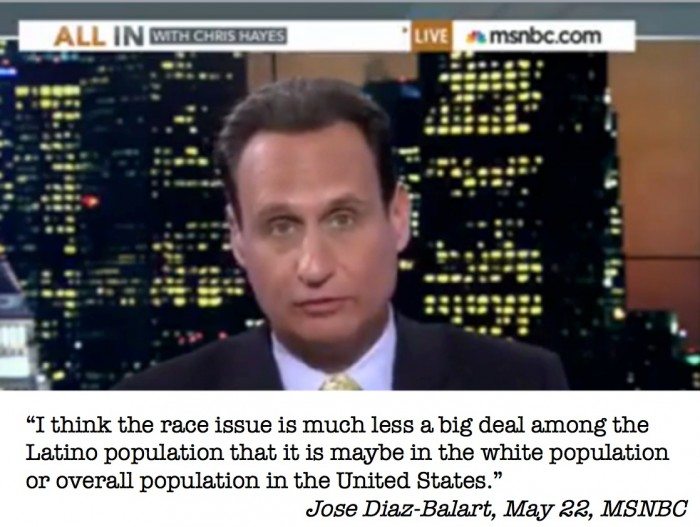 I think the race issue is much less a big deal among the Latino population that it is maybe in the white population or overall population in the United States. I really do believe that people in the Latino community are looking for people that have sensitivity towards their plight. And if you happen to be darker or lighter, what really matters is what you’ve done and what you say you are willing to do to help those people who have found that because of their race that they are maybe not having the same opportunities that others do.

And what’s up with Hayes, who has no problem saying “Latino” as if he is living in Latin America, but can’t book three Latino guests to be part of the conversation? With all due respect, what do Heather McGhee and Ben Carson know about Latino identity? For example, MSNBC seriously couldn’t get one AfroLatino guest in New York City to challenge Diaz-Balart? And does Hayes even know that there are actual real people out there who are mestizo and can speak to the complexities of it all?

That is why this entire New York Times story has officially become a debacle. Hayes took the bait and failed miserably. The only good thing was that Diaz-Balart pretty much confirmed the thinking of Spanish-language networks like (whiteness is good, don’t worry about race, Latinos), but let’s be real: if the New York Times (and Pew) were actually a bit more responsible with their stories in the first place, we wouldn’t have had that embarrassing Chris Hayes segment.

As for the Times? They continue to be oblivious to it all. Even while outlets like Latino Rebels are trying to get answers from them about Cohn’s census piece, the Times’ “Upshot” blog went ahead and published this piece on May 23 by Cohn: “Speaking of Identity: Choosing Between Latino and Hispanic.” Don’t even read it, since it reads like a Latino Studies 101 piece about a topic that is irrelevant and overplayed. Interestingly enough, that piece was published the day after Cohn’s census piece and (ready for this?), it uses the SAME grey guy becomes white guy image. 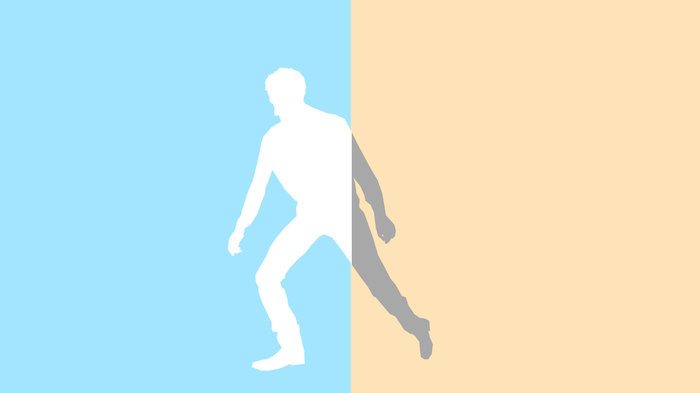 Days of no response by either Cohn or his editor (both are extremely active on Twitter) might be coming to an end. Here is what Cohn’s editor, David Leonhardt, tweeted Hector Cordero-Guzmán, who was quoted in of our our pieces:

@DLeonhardt thanks. Not sure I have your email but will look for it. Main concerns were articulated in this article http://t.co/TOJU2012E5

4 responses to “Can This NYTimes White Latino Debacle Get Any Worse? Yes, It Can”