Scarcely do I remember the day a Census worker came to the apartment I shared with my then-girlfriend and future wife a few years back. I fail to recall what the weather was like, nor do I even remember if the worker was male or female. What I do remember, however, is the look on my wife’s face when asked to identify her race. She turned to me, visibly stumped, as if her race were a piece of information I was supposed to have memorized for her like a PIN number.

As with most Latinos, whenever she was confronted with that peculiar question —what are you?— she promptly answered that she was Mexican, not only because that’s where she was born, but because Mexican is what she identified as—after human, woman, mother, daughter, and so on, of course. For my part I told people I was half Puerto Rican and half Honduran, based on how my parents self-identified. Though I was born in Chicago, What are you? is a uniquely American question whose answer is never “American.”

My wife has skin like almond milk, but the panic she wore on her face that day betrayed the fact that she didn’t want to be lumped with white people on account of her skin color. And, indeed, she was right to suppose her skin didn’t automatically endow her with whiteness. In America, race has less to do with skin color and more to do with where one lies on the socioeconomic power spectrum. When Americans talk about race, they’re really talking about the varying degrees of subjection which define American society. America’s whiteness, for instance, is European and not Latino, which means that even if my wife’s skin is 10 times whiter than John Boehner’s —though who knows what his natural skin color is— she’ll never be considered half as white as the House Speaker. I’d wager both of my thumbs that were my wife, who has one of the most Mexican of Mexican names, were she to answer “White” to the What are you? question, an American —white, black, Latino, whatever— would undoubtedly say, “With a name like yours, I figured you were Mexican.” What this shows is that no matter how things may work back in Latin America, here in the United States, Latinos can only look white, but they can never truly be white. 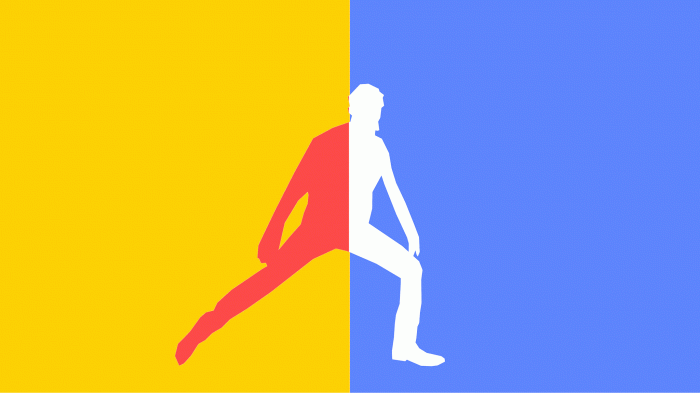 It’s important to remember that race isn’t real to be begin with. If it were, Americans wouldn’t be asked to self-identify every 10 years. Doctors would determine each person’s race when he entered the education system, and that label would follow him for the rest of his life and be unalterable. The reason Americans are asked to self-identify is because only they know best where they reside on the power scale, and where a person feels they are on the scale can fluctuate over time. Surely more Latinos felt white during the anti-terrorism talk immediately following 9/11 than they do amid today’s anti-Latino rhetoric. That’s because they are less white now—or, to put it another way, their American credentials are more challenged by white America.

As white America feels increasingly threatened by what it considers an invasive Latino culture —expressed by the all-white GOP and its official news channel— white Latinos have moved back down the totem pole. This is why many Latinos want “Latino” offered as a racial category on the Census, and why they’re confused when it’s not. Some white Latinos might opt for the “White” category, especially when there’s no “Latino” box to check, but I doubt they actually feel white.

America’s racial power structure not only defines the boundary between white and Latino, it also defines the boundary between Latino and black, a boundary I live on. By America’s own genealogical and phenotypic conventions, I’m black: my grandfather was a black Puerto Rican, and my skin is as black as, well, a black person’s. Still, if ever I check the “Black” box, which I do along with the “White” and “Native American” boxes, I do so merely to acknowledge what the outside considers my ancestors to be. (The way I see it, if the system insists on inventing labels and imposing them on me, then I’ll use them and confuse them. Let the administrators of these labels untie the knot they’ve created.) But I feel no more black than I do white or Native American, even though I’m indigenous on my Honduran side and European on both.

I don’t feel black because I’m well aware that, while I may have black skin and my grandfather was a black Puerto Rican, what it means to be black in America has nothing to do and everything to do with skin color. For the most part, and I hope I’m not diminishing the black experience in any way, blackness in America means the scar left by American slavery and Jim Crow, North and South, past and present. My African ancestors must’ve survived similar abuses in Puerto Rico, but I dare say they were different in key ways. My blackness, for one, was born of Spanish (Catholic) power, while the blackness in this country is the enduring legacy of American (white) power.

Latino Americans assign race almost exclusively to non-Latinos, which is to say race is less of an issue among Latinos than it is between Latinos and other groups. Of course, that doesn’t mean a black Latino is never the victim of prejudice at the hands of his white brethren, and I can personally cite more instances than I care to remember. But it seems to me that nationalism, not racism, is the real divider among Latinos. Whereas race continues to separate people in Cuba, here in the States I’m more likely to be despised by other Latinos for having a Puerto Rican father than for having black skin.

The steely nationalism among Latinos is shown in great relief in the color-coded maps depicting racial segregation in Chicago. The city’s northwest and southwest sides are marked as predominantly Latino neighborhoods, and the average non-Latino would be forgiven for assuming the two areas made up one Latino monolith. They don’t. As any Chicago Latino will readily insist, Pilsen and La Villita are Mexican turf, while Humboldt Park and Logan Square are Puerto Rican territory. There is rarely any people exchange between the two sections of the city. I myself, having been born in Humboldt Park, didn’t make it to Pilsen’s famed 18th Street until after college, and at this moment Pilsen is filled with self-styled pan-Latino hipsters who never step foot on Paseo Boricua. Residents on both sides of the divide describe the other as the more dangerous part of time, mostly due to the nationality of the people who inhabit it. That Mexicans and Puerto Ricans casually accuse each other of violence and laziness has always offended me as a Puerto Rican, and amused me as a Honduran.

On the 2010 Census, Latinos were allowed to whittle down their Latinoness by choosing between Mexican, Puerto Rican, Cuban or “another,” playing to the nationalistic chauvinism of the typical American Latino. Why should it matter what a Latino’s country of origin is, when America treats all of Latin America more or less the same anyway? Mexicans and Central America are treated like multiplying invaders; Puerto Ricans are treated like second-class citizens, and have been for more than a century; and the United States is practically starving 11 million Cubans over a grudge against two brothers. And Latinos are treated pretty much the same once they arrive, too, thrown into a racist system which prescribes the number of obstacles placed in front of each person based on membership in a racial or ethnic group. Notwithstanding the equal discrimination they’re pummeled through Latin America, Latinos come to America waving the flags of their home countries —or the flags of their ancestral homelands, in the case of American-born Latinos— as though one banner were superior to all others, and one flag secured better treatment to the person waving it.

I don’t know how a Latino is supposed to answer the Census’ race question, but to tell you the truth, I don’t really much care. What I know for sure is that I’m a Latino, of Latin America. I’m not a “Hispanic” or “of Spanish origin.” That’s what my ancestors were. I am no more a Hispanic than a black person is a Negro. And just like the word black was used in the ‘60s and ‘70s (and is sometimes still used today), when I say I’m a Latino, I mean it politically. I belong to a people produced by a certain history, wielding a certain attitude, engaged in a certain struggle. All honor and respect is given to my heritage, to my veins flowing with the blood of Africa, Europe and Mesoamerica, and my forebears may have came from places whose borders are clearly drawn on maps, but even those precious facts fall short of my Latinidad, my present-day inheritance to a cultural, historical and political legacy embodied by all that I am and by what America says I am.

My ancestors may have considered themselves white, black, Honduran or Puerto Rican, but these categories merely threatened to blind me of the fact that even a black Puerto Rican-Honduran like me has much in common with a white Venezuelan or a brown Mexican, because no matter what we look like or what countries we come from, we are all from Latin America, which means we are all put into the same, suffocating box here in America. The only chance Latinos have of clawing their way out of that box is through solidarity, by appreciating their difference but relying on their commonalities. After all, the black communities doesn’t find itself at this moment divided over questions of national origin. They simply look at one another and say, “I’m black, you’re black, so let’s help each other escape out of our historical and present situation.”

This is what Latinos must do, and this is what I’ve tried to do, though admittedly I retreat back into my national origin whenever a fellow Latino asks me the What are you? question—which, from one Latino to another, always means what country are your ancestors from. Latinos must insist that this country see them, not as any race or nationality, but as Latinos. Only then will America even begin to see Latinos for what they also are: Americans.