No Peace In Death: Día de los Muertos, Every Day

Editor’s note: A previous version of this piece ran on Medium.

We are the ghosts of Salinas and we are extending the Day of the Dead indefinitely. 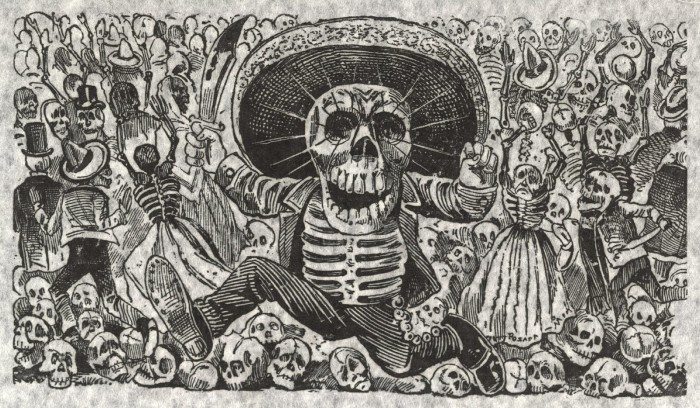 We will not rest. Instead we are here to put the privilege of impunity to rest, for your benefit, for your children’s benefit. On All Saints Day, on Día de Los Muertos and each day after, our haunting ground is your conscience. 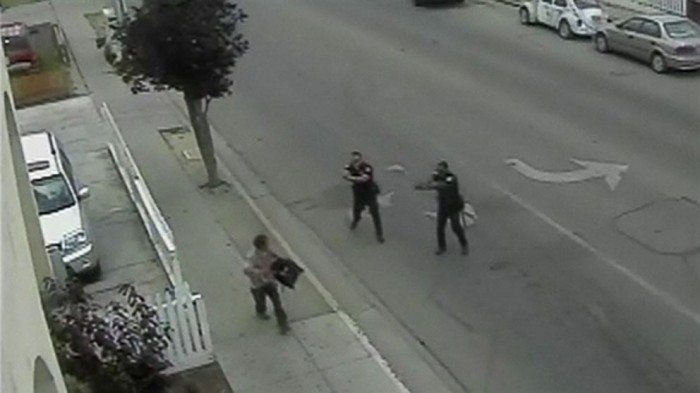 Our death march happens in these streets. In Alisal, in Acosta Plaza, our loved ones are tired of burying us. We meet our ends at the barrels of police-issue handguns, our nerves shot by tasers, our hands calloused with field work, our backs aching from service. Our bones carry the weight of crates filled with the bullets that kill us. Our lives end too early and the reasons don’t justify death. We are here to put these burdens down.

No one can silence the voice we raise. Our spirits rise from teardrops and fists raised against bias and brutality. We are spirits lifted by megaphones and due process, by dialogue and change. We are compassion. We open deaf ears. Dead is the day you can raise a hammer, take aim, and kill without repercussion. 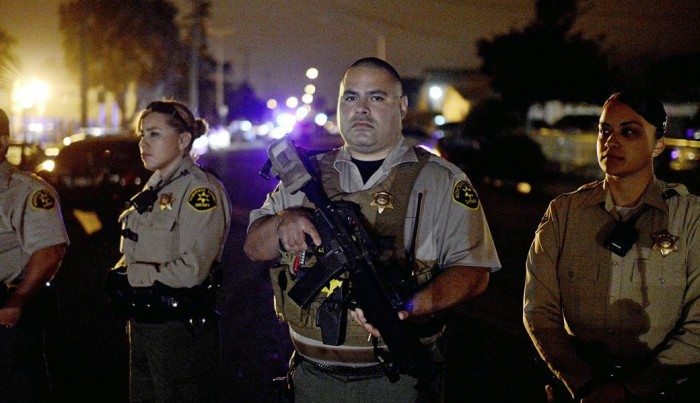 We are Salinas. We are Osman Hernández. We are Ángel Ruiz. We are Frank Alvarado Jr. and Carlos Mejía. Remember our names. We died at the ends of the city’s weapons, under the trigger of rushed procedural processes that occur when brown people are locked in gun sights.

We were rushed into this afterlife. If you are to celebrate the dead, we ask you to celebrate by inviting more death: death to police brutality; death to racial profiling and ethnic bias; death to rampant inequity unchecked by elected officials and civil servants; death to the use of our neighborhoods as a laboratory for counter terrorism. 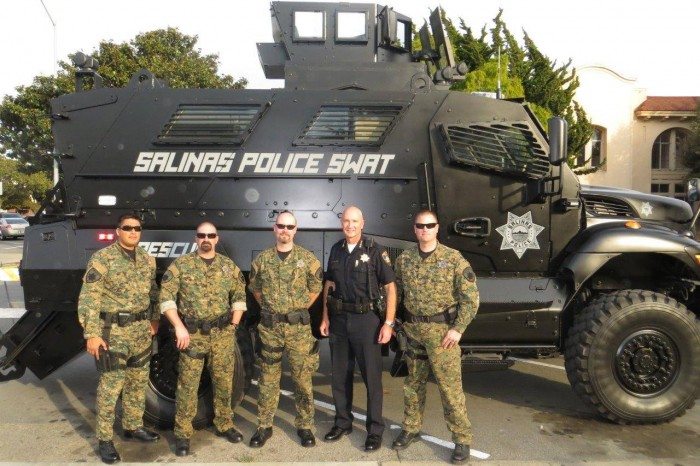 For too long, we have been silenced by armored vehicles, by unmarked cars, by officers in and out of plainclothes — but no more. We are no longer silenced because our families and neighbors carry our hopes, and that hope is a living, growing thing that says it’s time for life.

It’s time to create a community that respects us, the living as well as the dead. It’s time to create a life marked by compassion and progress, by intelligent social growth, a life that prioritizes the dynamic communities of immigrants and residents that keep Salinas prosperous.

We, the dead as well as the living, are a people focused on healing; resilience is our middle name. We are any immigrant newly arrived. We are those who stood on Plymouth Rock because it was their best option for survival. We are the same as any immigrant pushed from Great Britain by crusty old monarchs; the same as any who passed through Ellis Island, weary, looking for work and new beginnings. We arrived in federal boxcars from across the Rio Grande to serve a country that sent its own men to war. We were pushed from Eastern Europe by tyranny and ran from reverberating World War in Southeast Asia. We escaped from Latin America’s post-imperialist havoc and fled East Africa seeking political refuge. In each instance, we arrived as children, as elders, ready to learn and to teach, ready to work and pursue happiness. Like those before us, we came here any way possible in order to survive. We are human migration and we are your ancestors.

Today, this year, this lifetime, we are right beside you. In Salinas, in San Francisco, in Oakland, in Santa Rosa, in Ferguson, in New York, in Sanford, Florida, and we don’t rest in death. There is no final step for us without justice. There is no valley of peace for us without progress and equality.

If it takes cute sugar skulls, if it takes processions of face paint, if it takes smudges of smoking sage, we will celebrate to win your attention. And when we have it, know that we are the very ancestors you celebrate. We are your brown and black neighbors, murdered but not gone, not at rest until you find justice, for us and the living.