The following data about U.S. Latino voters was presented today in Washington, D.C., Latino Decisions. For the full results, go to LatinoVote2014. 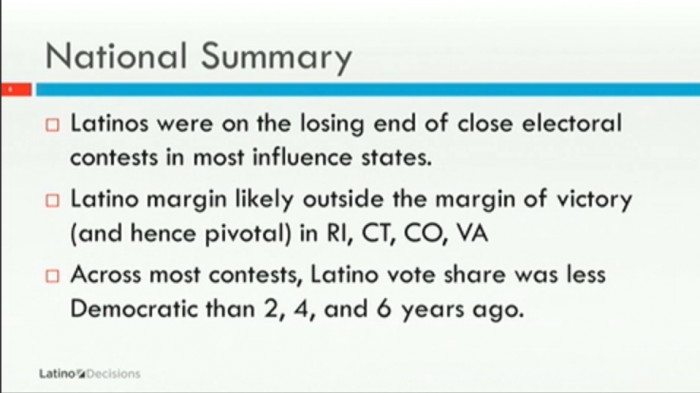 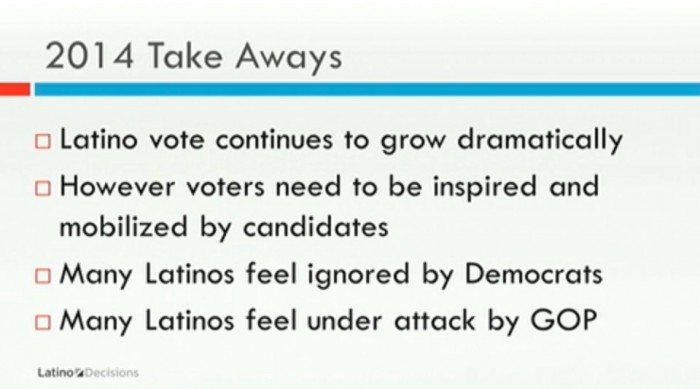 This shows where the Latino vote showed up for different Senate candidates in different states. Blue is Democrat, red is Republican and yellow is Independent. 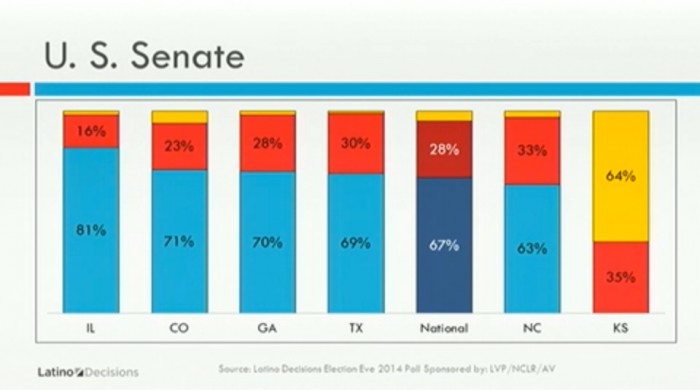 Why they voted went more for the Latino community than for a specific party: 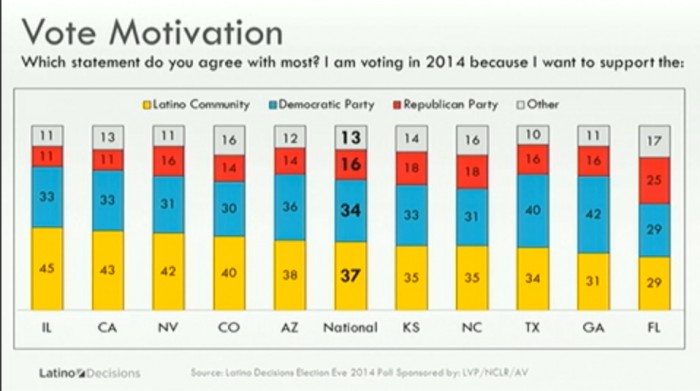 What voters thought were the most important issues facing Latino community: 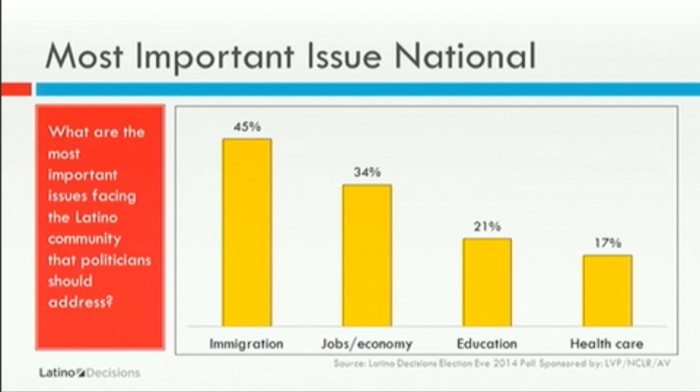 The survey also asked registered voters who did not vote. Here were their reasons: 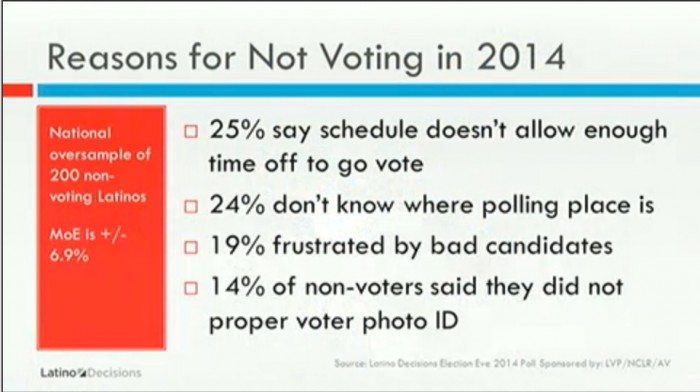 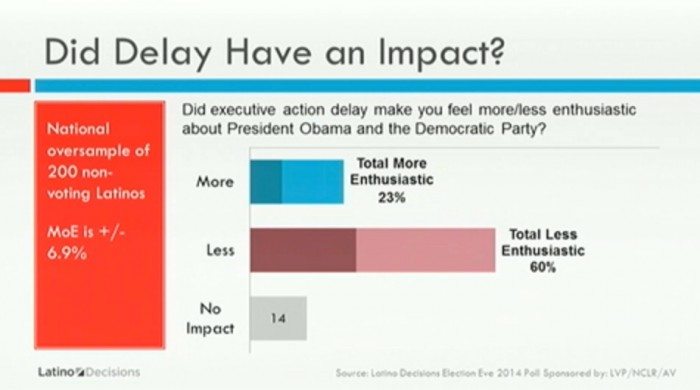 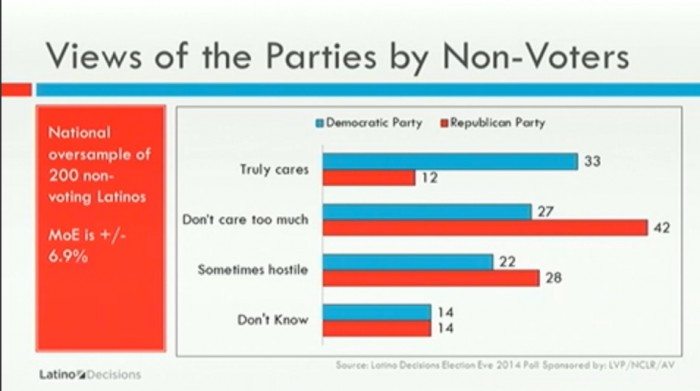 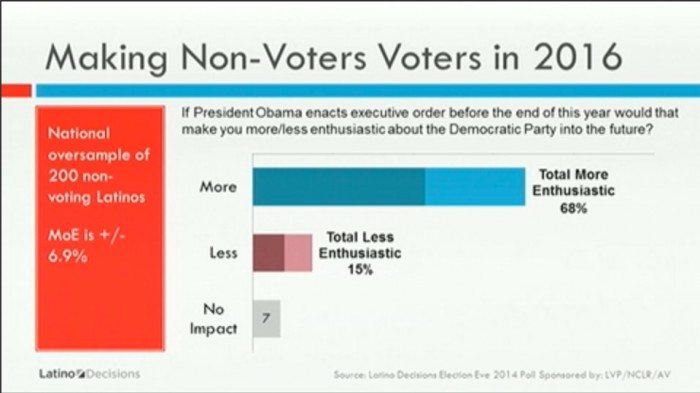 Most important issue by targeted states: 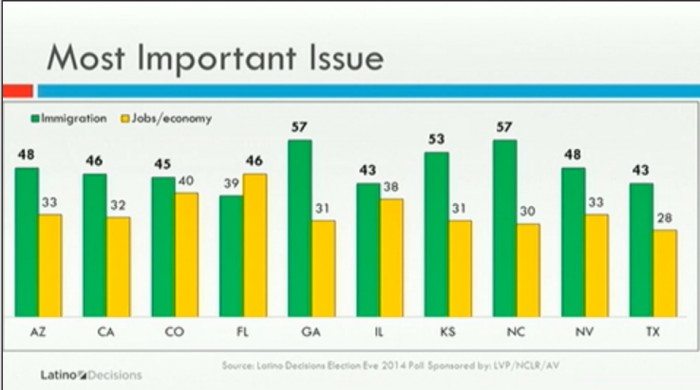 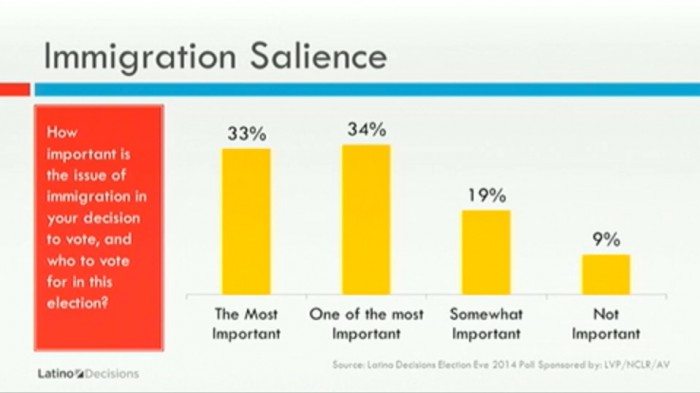 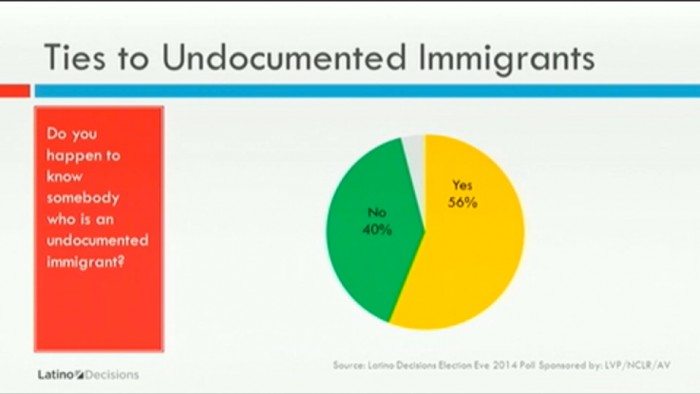 The following three slides show the shifts in Latino vote for specific races: 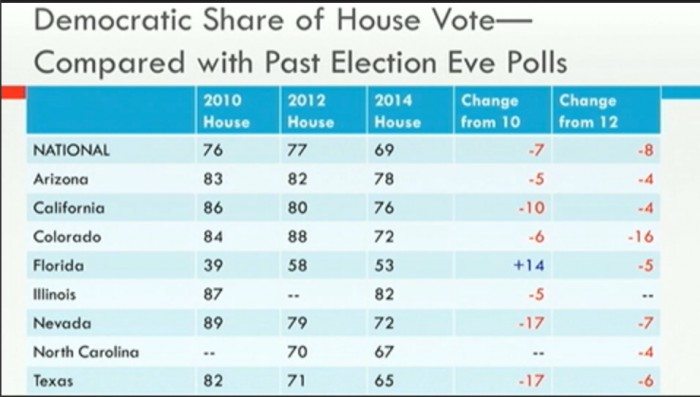 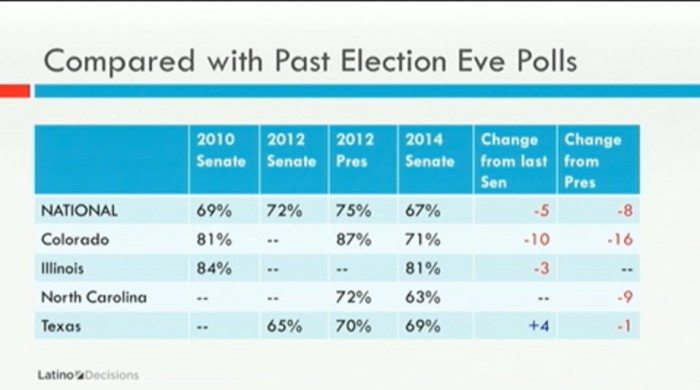 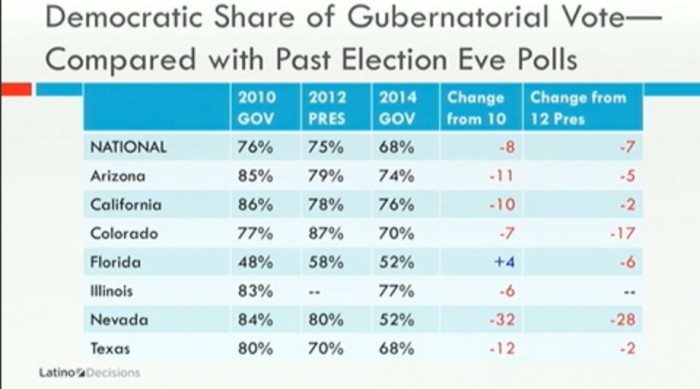 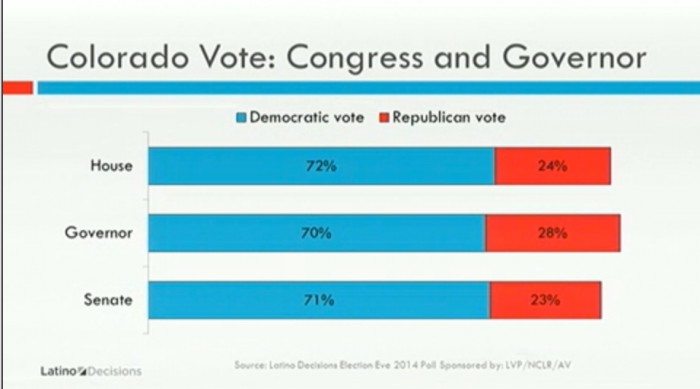 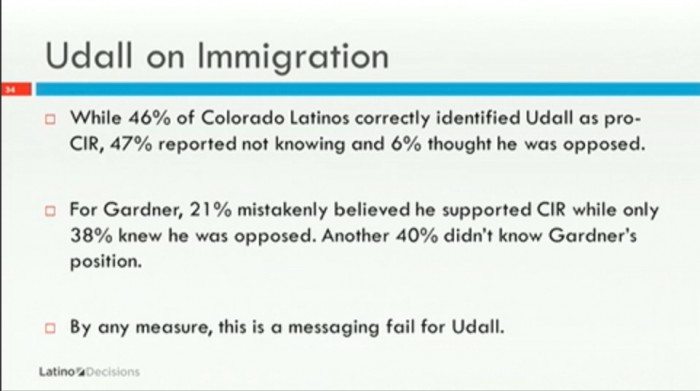 What about North Carolina? 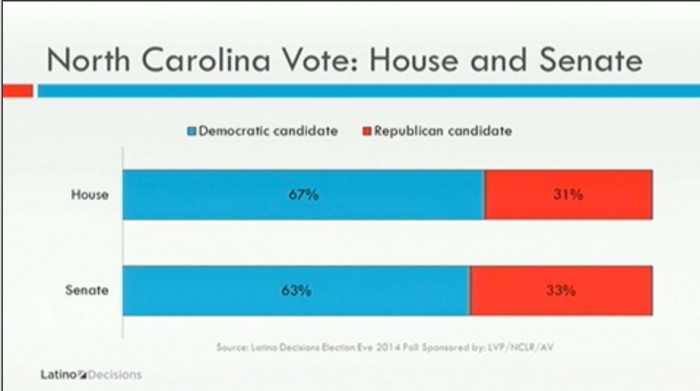 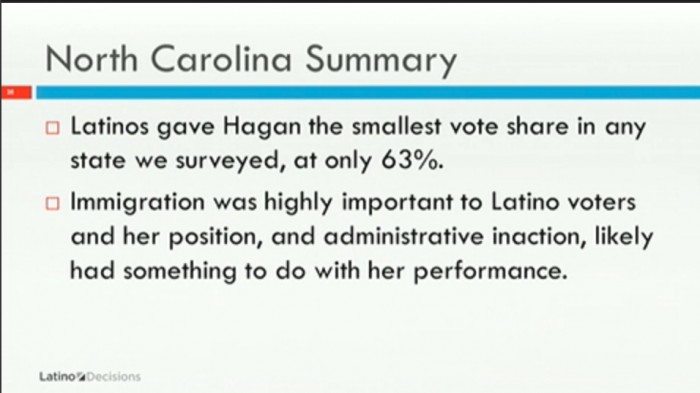 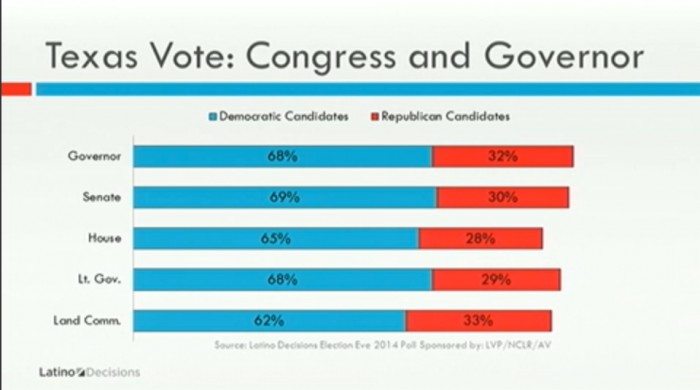 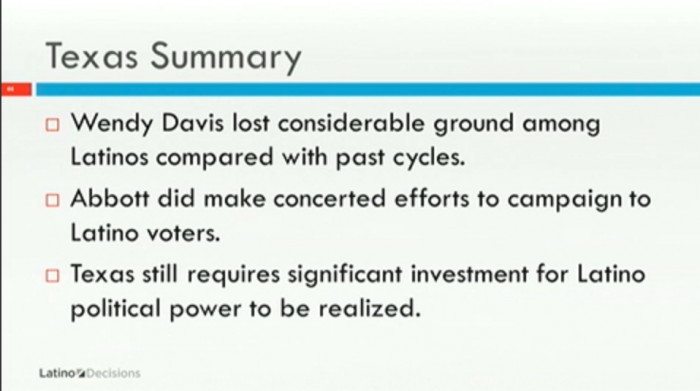 Then there is Nevada. 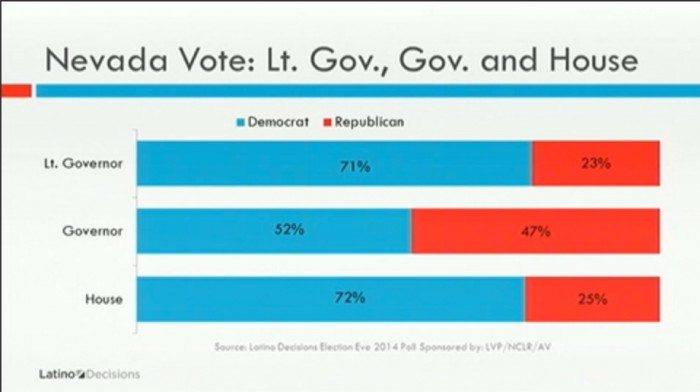 They also shared these slides about the future: 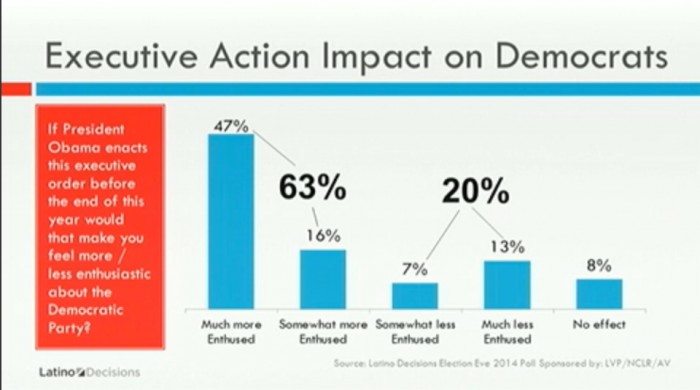 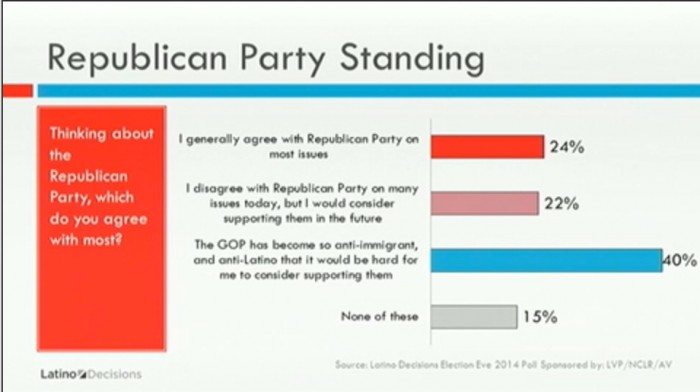 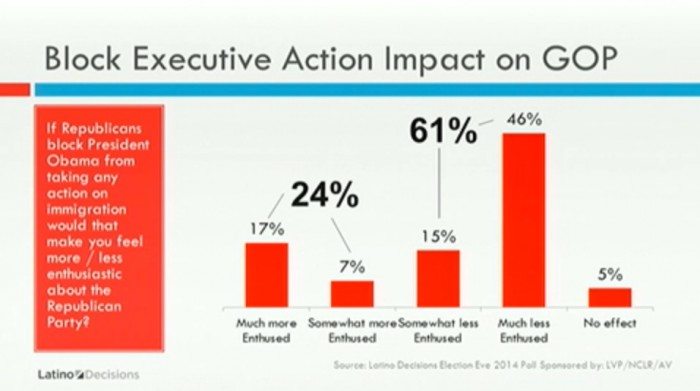 You can read the full results here. (FYI, the last document had been embargoed until 12:30pmET today.)