An Immigrant’s Take on SELMA

Editor’s Note: We received Barbara’s submission from Young Voices via email and agreed to publish her essay today.

Last week, I went to see the critically acclaimed film Selma, which depicts the events surrounding the 1965 march for voting rights from Selma to Montgomery. This movie comes at an especially opportune time due to issues surrounding police brutality at the forefront of our national consciousness, as documented by #BlackLivesMatter. In many ways, the film shows how little progress the United States has made in truly achieving “liberty and justice for all.” As an immigrant, the inequalities Martin Luther King, Jr. and his contemporaries struggled against are all too familiar. As I watched the film, I couldn’t help but notice the similarities between the second-class status of African Americans in 1965 and undocumented immigrants in this country today. This is not to say that our experiences or struggles are the same, but that this nation has a long history of fear and rejection of those deemed “outsiders” for their race, class, legal status, gender or sexual orientation. 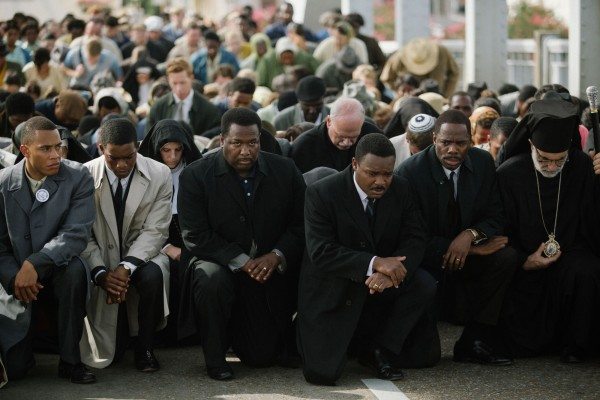 There is a connection between Blacks in 1965 and undocumented immigrants in 2015. When Oprah Winfrey’s character lowered her head in shame after being turned away from registering to vote, I saw my mother’s teary-eyed face on the day she was rejected from renewing her driver’s license due to her legal status. As the film dramatized the murder of Jimmy Lee Jackson, I pictured the death of 15-year-old Sergio Hernandez at the hands of a Border Patrol agent, who claimed the boy was throwing rocks across the border. While the film showed the Black community listening intently as President Johnson announced the Voting Rights Act, with hope beaming and tears forming in their eyes, I was taken back to the day President Obama announced Deferred Action for Parental Accountability (DAPA). Like the many African Americans who gathered to hear the news that would determine their right to self-determination, my family and fellow churchgoers gathered to hear the long awaited news of relief and protection for immigrant families. In both scenarios, the years and years of waiting were finally over.

We rarely acknowledge that the legacy of immigration in America is bound up with the horrific legacy of the transatlantic slave trade. Beginning with the forced migration of African slaves to the New World, African Americans and immigrant communities have often been the victims of nativism and the fear of sociocultural differences. Foreigners, immigrants and native-born minorities purportedly threaten the “American” way of life and are marked as targets for deportation, detention and other forms of oppression and subjugation.

Although African labor built much of the economy of the United States, slaves, like today’s undocumented immigrants, had no way to gain citizenship or become full-fledged members of American society. As illustrated in Selma, even after Emancipation, unable to vote, shackled by “separate but equal” law and discriminated against due to the color of their skin, African Americans were prohibited from receiving the full rights and benefits of inclusion into the citizenry. On the contrary, African Americans suffered —and continue to suffer— from systemic violence and dehumanization in the country that was built on the backs of their chained ancestors. In the same way that the world economy was largely built on slave labor, the modern American economy has become increasingly dependent on immigrant labor.

Jim Crow thrived on the maintenance of social boundaries and distinctions between “us” and “them,” inclusion and exclusion, membership and difference—the same ideologies that are used today to justify anti-immigrant sentiment and laws. Certain races, ethnicities and national origins are characterized as threatening, as populations that need to be guarded against, a polar opposite of what is deemed to be the ideal (read: white) American. The same system that Dr. King describes as operating on “systematic intimidation and fear,” marginalizes undocumented immigrants and contributes to an institutional and public mindset that facilitates the human rights abuses perpetrated by Border Patrol and other U.S. officials against migrants crossing the border and those who have already put down roots in the United States.

In the film’s sermon scene following the murder of Jimmy Lee Jackson, Dr. King (portrayed by David Oyelowo) denounces the racist American political and economic system that contributes to Black men and women being “murdered, brutalized, and ripped from this earth.” Nativist immigration policies and the increasing militarization of the U.S.-Mexico border contribute to hundreds of deaths yearly; the sexual harassment, assault and rape of up to 80% of women during the border-crossing journey; racial, ethnic/nationality and religious profiling; the weakening of constitutional rights, particularly due process rights; and labor protections for noncitizens. Every day, migrants are dying and disappearing in the deserts and borderlands of the United States. People are dying and it cannot wait:

Today, we must ask, who murdered the 2,238 migrants on the borderlands between 1990 and 2012? The real culprit is an immigration policy that feeds on racialized fears of immigrant criminality and on strict social boundaries that distinguish between “us” and “them,” between “citizens” and “aliens,” a political strategy that invests millions in erecting a wall and installing surveillance technology instead of investing in the potentiality of human beings. It is a legal system that perpetuates injustice by institutionalizing it.

Barbara Sostaita is a Young Voices Advocate and Masters candidate in theology at Yale University.

2 responses to “An Immigrant’s Take on SELMA”