Hundreds of UT Students Protest in United Against Racism March 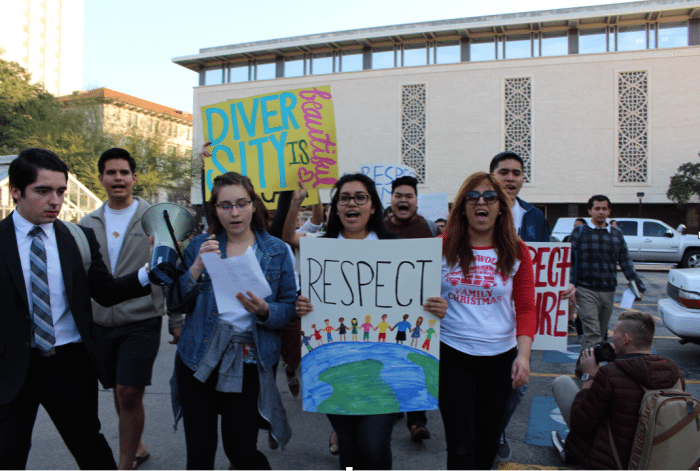 Hundreds of protesters, including students and members of the Austin community, march to Fiji fraternity house (Cassandra Jaramillo)

More than 300 protesters showed up to the event and listened to several speakers before marching to the Fiji fraternity house. Speakers spoke about the dangers of stereotypes and gave personal stories of facing religious bias on campus. 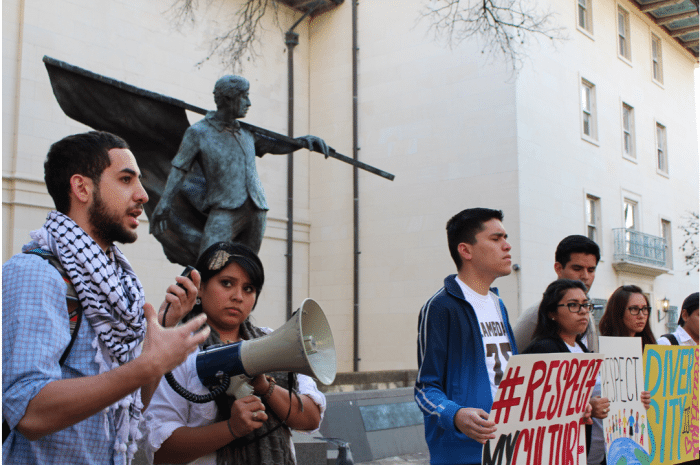 In response to the Fiji controversy, LCA co-director of operations Veronica Rivera said that Latinos and people from all races and religions deserve to feel welcome on campus.

“This is not a Phi Gamma Delta issue, this is a bigger issue. This university needs to be a safer community for everyone,” Rivera said.

UT English professor Snehal Shingavi said he believed that the UT administration should be participating in a more active role in taking care of UT’s diverse community.

“It should not be entirely up to activists to make the university aware of the racism that is happening. It should be the case that somebody in the tower knows that this is going on. The pattern and the list of things has been far too long,” Shingavi said. 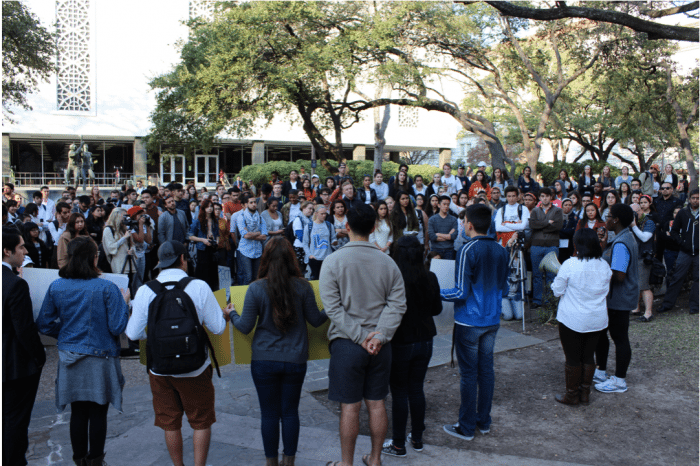 Last year, the University of Texas at Austin made national headlines for an affirmative action bake sale and an attempted Catch an Illegal Immigrant event planned by the Young Conservatives of Texas student group. The Campus Climate Response Team (CCRT), which responds to reports of bias on campus, reported a 713% increase in reports from the previous year. CCRT received 670 reports regarding 69 activities, compared to the previous year when 94 reports were filed.

Fiji fraternity president Andrew Campbell told The Daily Texan that “Texas Fiji apologizes for any insensitivity that our guests or members may have portrayed,” and that “it is never Texas Fiji’s intent to alienate or demean any ethnic group.”

Rivera said she talked to Campbell before the march. According to Rivera, Campbell said that his fraternity is going to take active measures in training their members to respect all cultures.

“I know that they are taking several steps and terms of getting their leadership trained. They actually want to have several meetings with the Latino community,” Rivera said. 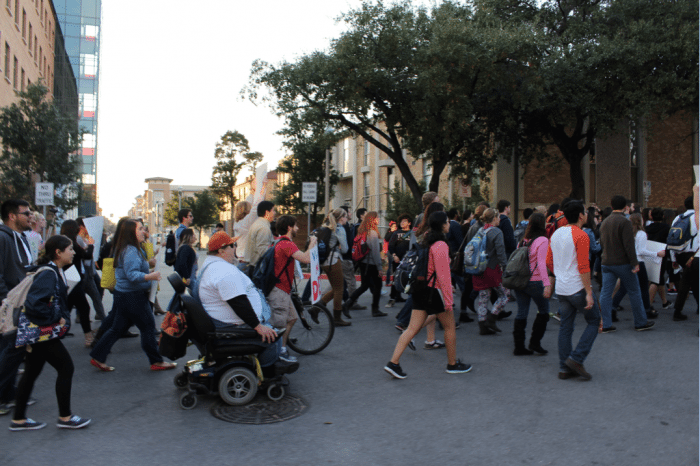 An investigation launched by the UT Dean of Students on the Fiji party is still ongoing.