Immigration Status Is No Laughing Matter

Sean Penn may have only the best intentions to tease his buddy Alejandro González Iñárritu and get a light-hearted comedic relief, but intentions can only take one so far. Intentions do not always translate to impact.

I agree with fellow Latino Rebels contributor Hector Luis Alamo that Penn has used his celebrity status to bring resources to impoverished areas across the Americas and has used his celebrity to advance many causes. I do not agree with Hector Luis that this was simply a joke “to appreciate” and to laugh off.  A joke is never simply just a joke. It’s a message. The message that the joke and the controversy that ensued is that immigration is no laughing matter.

The core editorial group of Latino Rebels, of which I am a part of, knows when to appreciate a good joke. We ultimately know our social context. We know what to joke about, to whom to joke about, when to joke, where to joke and for what purpose. What, who, when, where and why are all important contextual information for a joke’s success or failure. 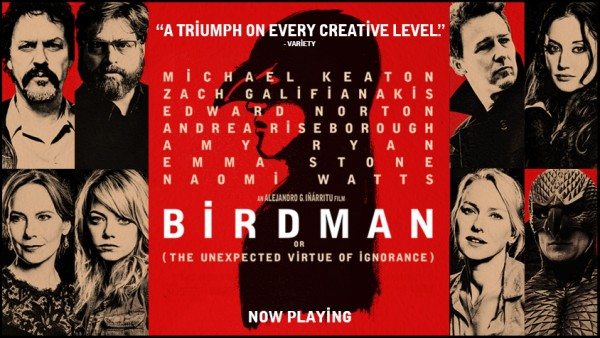 In this blog, I will walk you through how and why Penn’s joke failed.In essence, he really did not consider what he was joking about, who was his audience, when and where he made the joke, and why he made the joke.

What was Penn exactly joking about?
Was Penn referring to González Iñárritu’s nationality, his ethnicity or some inside knowledge that the two of them only shared? That’s a huge reason why this joke failed. Many of us interpreted the green card “joke” in a multiplicity of ways that hit us at the core—our racial, national and cultural identities. With hundreds of families, friends, neighbors and colleagues under the threat of deportation or already having been deported, “green cards” are an extremely sensitive issue within our community right now. For example, Diane Guerrero, whose parents were ripped from her as a result of deportation, says that she still criesover the pain that she felt of losing her family at 14 years old. For those not in pain, many of us are angry and tired of the “illegals” stereotypes perpetuated by the police, politicians or an extreme part of the U.S. public. While Penn and González Iñárritu may have found immigration status to be something to laugh at, many of us —those in the audience— just do not agree.
Who was involved in the joke?
While Penn and González Iñárritu may have found the joke funny as friends, they were not the only people at the Oscars last night. In fact, they had 36.6 million viewers watching—not including all of those on social media who commented on the joke, which led to a #Penndejo hashtag that trended. Think about the many times that you had to explain an “inside joke” to someone with no knowledge of it. In this case, Tthe joke generated more controversy than laughter. It inflamed the racists and nativists on Twitter who were proud of Penn and find “illegal jokes” to be awesome, while simultaneously angering progressives who supported his activism. It had exactly the opposite response from than what Penn might have even intended.
When and where  was this joke told?
Timing and place are almost everything when it comes to a joke. It is perfectly acceptable to be a funny presenter. The Oscars could actually use a few more of them over the course of an almost four-hour show. But when you are announcing the winner of an award as prestigious as “Movie of the Year,” that moment belongs to the producers, the director, the crew, the cast and all the film’s supporters—not the presenter of the award. Thankfully, González Iñárritu was able to deflect Penn’s comment by speaking up for Mexicans in Mexico and living in this country, and conclude his acceptance speech about how immigrants built this nation.As you know, this year’s Academy came under much scrutiny and boycotts from many media advocacy groups such as the National Action Network, the Southern Christian Leadership Conference, the Los Angeles Urban Policy, and social media community under the hashtag #OscarsSoWhite. Much of the controversy surrounded this year’s lack of ethnic diversity among the acting categories. Was this the right time for Penn to make a joke about González Iñárritu’s Mexican ethnicity or his status considering all the controversy and history surrounding the Oscars and diversity?

Most importantly, jokes must always have a purpose.

Why are you telling a joke?
While jokes are intended to be funny and create bonds between people through laughter, they are designed to make a commentary on the human condition that too many of us will not deliver directly. At Latino Rebels, we use jokes and funny memes to engage our audience and deliver our message about serious social issues such as stereotypes, misrepresentation, abuse of power, race relations and human rights.

The most potent jokes are those that pick on the powerful and remind us that they are not as powerful as we pretend them to be. Sean Penn’s “green card” joke was picking at more than just his a Mexican director friend. It was indirectly directed at immigrants—unauthorized, vulnerable workers who left their homes for a better life here and are struggling to find an economic footing in a country that is not welcoming.

I am hopeful that Sean Penn’s tasteless joke is a lesson to the Academy, Hollywood and the media: immigration status is no laughing matter.