Dear Michelle Rodríguez: Stop Being ‘Lazy’ and Promote Diversity on Your Platform

The negative and derogatory comments made by actress Michelle Rodríguez in a viral TMZ video and a viral non-apology on Facebook are the perfect opportunity to address the lack of understanding about the current state of the entertainment industry in a world shaped by colonialism. Today’s society is infused with racism throughout all of its structures: economic, governmental and social.

It influences culture and language.

It is reflected by what we see and what we don’t see in the media.

This conversation is extremely important because many people are still unaware or worse don’t want to even acknowledge the harmful effects of privilege in a discussion while embracing the full picture. It’s understandable that no one wants to feel unaccepted, unwanted or excluded for reasons beyond their control. While it might be understandable, it is definitely not acceptable in the year 2015. It is necessary to address the lingering negative effects of colonialism in order to change them. 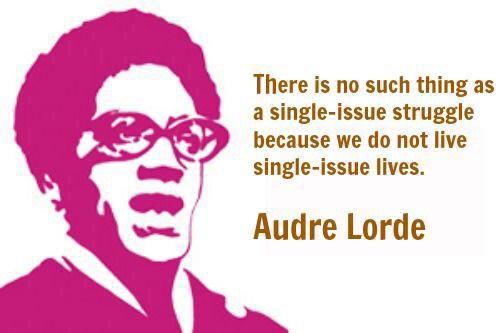 Stating that people of color need to create their own original characters is as clueless as telling people to lean in when they’re not even allowed entrance to the building. The argument completely disregards intersectionality.

What does this term mean? It is a concept used in critical theories to describe the ways oppressive institutions: i.e. racism, sexism, classism, homophobia, etc. are interconnected and cannot be examined separately from one another. 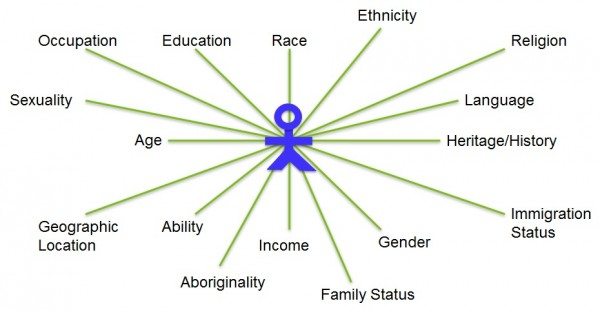 Experiences of oppression vary in degrees of intensity and are influenced by various biological categories such as gender, race, class, sexual orientation, etc., interacting on simultaneous levels contributing to systematic injustice and social inequality. There are all kinds of privilege and different types of oppression, which build on each other creating various power dynamics.

There is no lack of minority creativity and talent. This is a false idea created by a non-inclusive system. There are tons of writers of color. It’s really easy to find excellent stories from people of color unless you’re looking for them on mainstream platforms.

Yes, There Are Already Tons of Latino Superheroes

There is no shortage of Latino superheroes. Even DC and Marvel have created a bunch of them. Here are some links:

No, There Is No lack of Latino Comic Book Creators

There is no lack of minority talent. Another false idea is that there are no qualified Latino writers or artists. Check out their works. They’re really good.

Here’s a great list from the Latino Comic Expo to get you started: 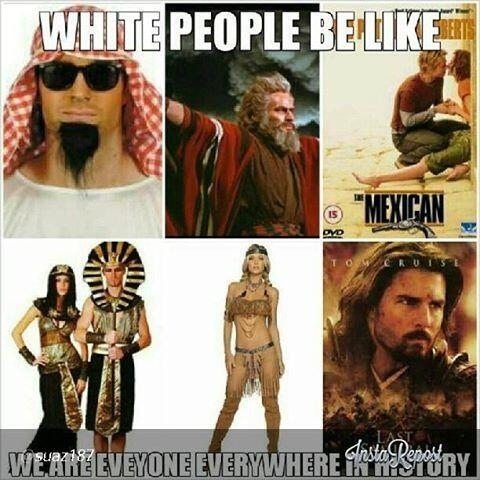 As far as stealing, no one steals opportunities away from minorities better than the entertainment industry. Whitewashing and racebending was practically invented by Hollywood, used since the beginning of the film industry and firmly in practice today. Racebending is the practice of changing the ethnicity of a character resulting in a discriminatory impact on an underrepresented culture reinforcing glass ceilings and lost opportunities. Sometimes this includes blackface, brownface or yellowface, which is never under any circumstances okay.

There’s also the practice of cultural appropriation which co-opts elements of other cultures without any sensitivity or respect. Hollywood regularly draws upon the work and legacy of people of color without crediting them. 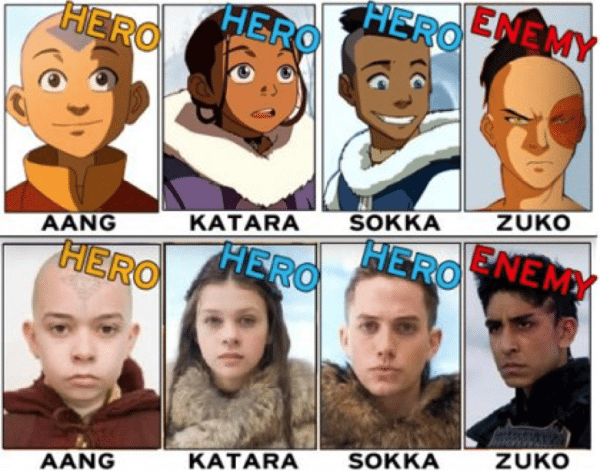 Finding tons of examples of appropriation, whitewashing and racebending is actually very easy. One quick search resulted in thousands of articles showing examples of Hollywood doing the actual stealing.

And it is clear: there is NO diversity in media. Not even a little. 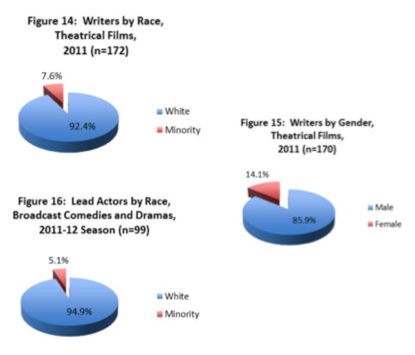 The entertainment industry has recreated a false idea of what the world looks like. Comments like Rodríguez’s perpetuate them. It has recreated an erroneous notion of history and most dangerously denied representation of people of color. A report compiled by UCLA last year shows that while minorities make up over 36% of the population they are underrepresented 3 to 1 in the film industry.

The media is extremely influential in shaping opinions of Latinos. Studies show people exposed to negative entertainment and news narratives about Latinos or immigrants hold the most unfavorable and hostile views about both groups. One of the conclusions of a study conducted by NHMC demonstrates the power of media to breed hate, shape opinions as well as impact health.

Women and Minorities Can Say Racist Things, Too

Calling minorities lazy is a negative stereotype and racist argument with devastating effects. Stereotyping gives people a negative sense of themselves and their abilities creating anxiety and reduced performance. Stereotypes perpetuate false ideas creating false impressions leading to false conclusions. Writers, artists and creatives are far from lazy. They are out there everyday working on their craft creating fine works. These artists exist. These works exist and should be supported. Go purchase some today.

It’s the people who make up the industry who are lazy.

Too lazy to research.

Too lazy to credit.

Too lazy to educate themselves about diversity.

Too lazy to help promote.

Too lazy to champion works.

Too lazy to build relationships.

Too lazy to fight for equality.

Too lazy to be an ally.

Too lazy to be inclusive.

Too lazy to stop perpetuating racism.

Too lazy to address the argument.

Then we are told: “She’s a woman and she’s Latina so we must support her.”

There’s no question about Michelle Rodríguez’s talent nor mention of not supporting her works in this article. Feminism is about equality for all people not superseding in this case a woman’s rights above minorities and people of color. Invalidating suffering shows a lack of empathy and understanding. It is about breaking down comments, which are derogatory, hurtful and perpetuate racism.

“Privilege is when u think something is not a problem bcuz it isn’t a problem 2 u personally.” #intersectionality pic.twitter.com/TIeABpEUJN — Occupy Awareness (@OccAware) August 13, 2014

Rodríguez has the opportunity to use her privilege to create positive change in the industry. One great positive action instead of making statements that perpetuate racism is to use her platform to promote diversity and empower others.

Change can’t happen unless everyone takes action. Easy things you as a reader of this article can do to help create change today…as in right now:

Bella Vida Letty is a regular contributor to LatinoRebels.com and one of the Original Rebeldes, having been with the group since the very beginning. In 2012 she was named one of the Most Powerful Latinas in Social Media by VOXXI. You can follow her on Twitter (@bellavidaletty) or read more about her on her blog, Bella Vida by Letty.

One response to “Dear Michelle Rodríguez: Stop Being ‘Lazy’ and Promote Diversity on Your Platform”