Yesterday we received the following statement from #Not1More organizers regarding the news that individuals eligible for DACA and DAPA are still being deported even when President Obama told a national TV audience the following: “And so, even as people should be preparing their paperwork so that when the time comes that they can apply, in the meantime, understand that ICE and the border security mechanisms that we have in place, they are instructed to focus on criminals and people who have just crossed the border. If you’ve been here for a long time and if you qualify, generally, then during this period, even with legal uncertainty, they should be in a good place.” 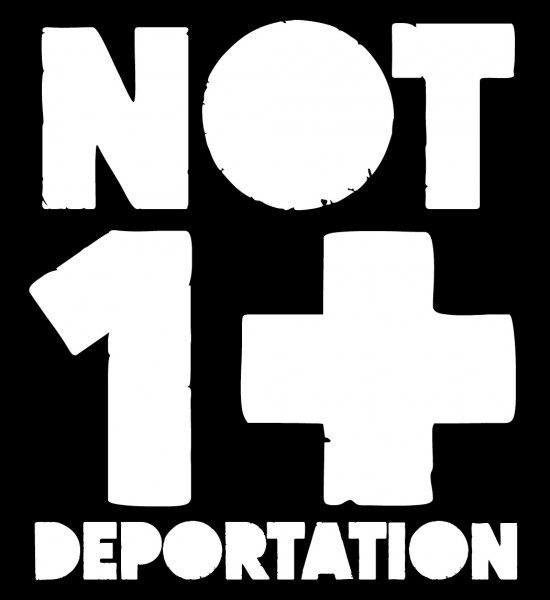 As expanded deferred action that would relieve the fear of deportation and provide work authorization to millions continues to be delayed in the courts, groups from the #Not1More campaign are calling on the President to take further action to protect those still targeted by deportation and rein in out-of-control ICE agents emboldened by the injunction.

“There’s more than one way to stop a deportation. If President Obama wants to protect immigrants and make his policies more humane, there’s more that he can do in addition to the injunction appeal.  While this court continues playing politics with our lives, our loved ones are being separated from their families. We will continue fighting and pressuring the President to prevent more criminalization of our communities by ending ICE-police collaborations”
—Maru Mora Villalpando, Latino Advocacy, Seattle, WA

“It is always disappointing to see judges ignore established legal precedent to fulfill their own ideological agendas. Ultimately we remain confident that the Administrative Relief programs are both legal and necessary. Despite these small set backs we will continue organizing, and encourage the President to take a proactive approach toward justice for immigrants in the face of conservative obstruction.

We cannot ignore the fact that while Republicans continue attacking our communities in rhetoric, the Administration attacks us in practice. If President Obama is serious about his commitment to immigrant communities, he must use his authority to dismantle the mass deportation programs like PEP-Comm, and put an end to the daily torture immigrants experience under his vast network of detention centers.”
—Hairo Cortes, Orange County Immigrant Youth United, CA

“With affirmative relief held up in the courts, it’s time for the President to address the reasons our community gets caught up in the deportation dragnet to begin with.  Rampant criminalization powered by police-ICE collaboration and out-of-control enforcement has to go. His next step should be to end ICE’s working with notorious Maricopa County Sheriff Joe Arpaio and the Phoenix Police enabled by SB1070.  It’s time for us to get ICE out of our neighborhoods, in Arizona and across the country.”
—Carlos García, Puente Arizona

“We know that here in Chicago families organized through OCAD and nationally with the not1more campaign will defend everything we have won through organization and struggle. While the decision is still in the courts, the president has the responsibility to prevent the deportation not only of people eligible for DACA and DAPA but also for the rest of the families that have been building their lives here. We have no doubt that deferred action is both constitutional and necessary for our families, the question is not if the president had the authority to do it but why he excluded many other families living and working in this country. ”
—Rosi Carrasco, Organized Communities Against Deportation, Chicago, IL

“Communities are disappointed that this injunction has not yet been lifted, that the threat of deportations still exists for millions of families still and everyday we are being told to wait. The President has the moral obligation to defend our community in this moment as we wait, as more families are being destroyed and he can do so by ending all police and ICE collaboration.“
—Erika Almirón, Juntos Philadelphia