‘Sí, pero no:’ How Best to Understand the Paradox That Is Cuba

One of the hardest things I’ve had to accept is that almost nobody really cares that much about Cuba. Even my close friends, college roommates —these are my brothers who care about me dearly— in moments of honesty tell me that they just aren’t very passionate about the Cuba issue, or care very much. My friendship matters to them, and they are interested because it’s relevant to me, but that’s about as far as it goes. Advocating for the fundamental change in Cuba that I so desperately long to see? I’m on my own.

And if they don’t care, then how do people without a close Cuban, or Cuban-American friend, feel about the whole thing?

This all translates to a very, very, stupid oversimplification in the media about Cuba. Case in point: the dumbest (i.e., least funny) SNL skit I’ve seen in a while just happened to be about Cuba.

Cringeworthy for the SNL crew, because the impressions were just not good.

It looked thrown together at the last minute. I mean, did you even Google Pitbull, SNL? It’s not that hard:

As comedy, the SNL skit failed, because clearly the jokes got no laughs from the audience. But also, it had Pitbull and Gloria Estefan celebrating the fact that the U.S. and Cuba have resumed diplomatic relations. As outspoken anti-Castro voices, it’s doubtful that Gloria and Pit would have gone on TV to celebrate a new chapter in U.S.-Cuba relations.

I can hear it now: “It’s just a comedy sketch. Relax.” But it’s more than that. It illustrates to me is that if you can’t even Google a guy and totally strike out on a comedy sketch, nobody is willing to delve deeply into the extremely complex issues of Cuba. And if that’s the case, how will opening travel and tourism improve anything? The most meaningful discussions between Cubans and Americans will be “fetch me a mojito” at an all-inclusive resort.

We need people to care about Cuba, beyond the superficial.

Here’s another example: a dear friend went on her Facebook to post a children’s toy she has purchased for her kids: 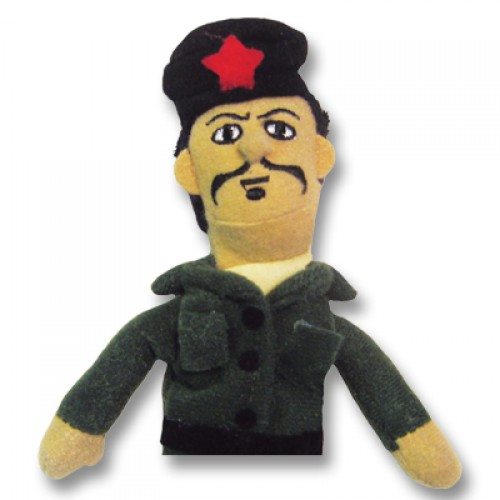 I’m asked to chill out, but this is the guy who helped destroy my family’s entire existence and sentenced countless others to the firing squad, to prison, or to forced labor campas. How do you think it makes Cubans feel when all that is packaged into a “cute” toy or a trendy t-shirt? Verrrry tough to take a chill pill and ignore it. This stuff is real. It happened to people I know and care about. It was brutal, and it didn’t happen all that long ago.

So what are we to do with this, my dear non-Cuban readers? Here’s your guide, your decoder ring, your Cliff notes when all else fails.

It’s a song that will help every American understand Cuba in a much clearer way, which actually results in things being less clear. See that right there? Paradox. And that’s the heart of the Cuban situation. The song is “Sí, pero no” (“Yes, but No”), by fellow musician Alex Cuba.

I was told by Cuban friends that this was a very Cuban expression, and at first I didn’t see it—until I looked deeper. And it couldn’t be more relevant. Even though this is a love song, you can apply this beautiful (il)logic to better understand why Cuba is so complex.

If you hear a talking head or Cuba expert on TV? They are both right and wrong. Sí, pero no.

If you hear our governments speaking about Cuba-US relations? No, pero sí.

It’s both true and a lie. There are nuances you never hear in press conferences. Cuban exiles might be pro-embargo, but also send money back to their families. It’s not so simple. Sí, pero no.

That’s because Cuba’s history is so long and so complicated, and has never been truly “free” for a long time —whether that means free from imperialist influence or free within the rights and freedoms it grants its own citizens— that superficial analysis and oversimplified sound bites usually do more harm than good.

The nuances are the most important part.

In a country where “doble cara” and doublespeak are part of everyday life, you have to understand how someone like Pitbull or Gloria Estefan might (a) favor the resumption of diplomatic relations with Cuba (b) find it hard to believe that we’re talking to an oppressive regime (c) be torn about it or (d) all of the above. In a country where many are publicly in favor of the government but privately against it, publicly attending pro-socialist rallies but privately buying and selling on the black market, this is the norm. And everything has a grain of truth (and a lie) all packaged into one.

This is the essential Cuban situation.

I wish I had 30 hours of your time to begin to scratch the surface. But since I don’t, just remember this song any time you hear any pundit talking about Cuba: Sí, pero no. It’s far more complex than you think, and there’s another point of view that’s probably being lost when you see the ticker scroll across the bottom of your screen.

I’ve been a longtime fan of Conan O’Brien. I watched his special Cuba episode and, even considering that it was full of obvious stereotypes and the same old Conan schtick, I laughed. Unlike the SNL skit, some of the jokes were actually pretty funny. It was good television, and I was entertained. 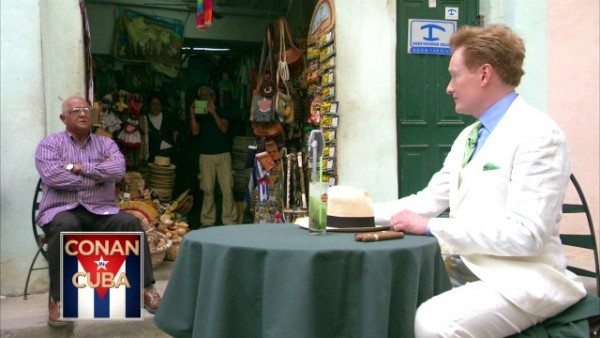 But there’s a risk involved. Why? Because it’s “just comedy,” and like Jay-Z’s visit to Cuba, it glosses over the real problems of Cuba, like censorship and government control. Conan visits an oppressive “big brother” government and ignores the political situation—the danger there is that people come away with the impression that “everything’s fine” and it’s not so bad. People will think that there isn’t very real work that needs to be done in Cuba, or that the U.S. should simply step in and impose change, rather than the difficult but more fundamental work coming from within the island.

That is not an easy project to undertake.

On the other hand, some could see this as an opportunity for those to educate. The power of entertainment and mass appeal influences thought, and your chances at amplification are greater because people are thinking about this topic.

But for that to happen, people have to care beyond the sound bites, the sterotypes and the jokes. Does anyone?

Dave Sandoval is a Cuban-American musician.

One response to “‘Sí, pero no:’ How Best to Understand the Paradox That Is Cuba”