An Email From a Mexican Mom

Editor’s Note: Earlier this year, we received from following email. We have decided to share it with all of you.

I’m just a Mom that got up this morning and after breakfast (Mexican with eggs and beans and coffee) we settled in the living room and my husband watched the news like every morning and I checked my email. I reviewed the Latino Rebels Daily Digest email and read the Confessions of a Latino Rebel. It compelled me to write back. I have never done this before but I thought that it might give you an uplifting feeling and to others to hear our story.

We immigrated as a family with a visa almost 14 years ago. Two of my kids were born in Matamoros, Mexico, which is where I’m from. I owned a home there and had a steady job as materials planner buyer in an automotive American company, but things started getting worse and worse. The rumors about the drug cartels and insecurity were getting stronger every day, so my husband and I decided to come to the United States looking for better opportunities for our kids and ourselves.

We worked for three years to afford to buy a home and establish ourselves in a small town in North Carolina. Our kids were 13 and 7 years old. They started school without knowing the language. We have been in the process of obtaining permanent residency through family sponsorship, but it’s been 9 years now with no hope of getting it anytime soon.

We believe in hard work, so that is what we did. We sold everything we owned in Mexico and bought a house and started a business that has provided a way of living for us. We taught our kids to staying in school. It was the best shot they got to improve themselves and they did, but we also did preserve the family values we learned from our family in Mexico.

My oldest just graduated from NC State as a civil engineer in 2014. It took him 6 years. He did 2 years in community college and 4 years in NC State. He worked and attended school at the same time he paid as out-of-state tuition paying almost a hundred thousand dollars and he still has a debt of 30 thousand he will need to pay, but he already has a job with a company. 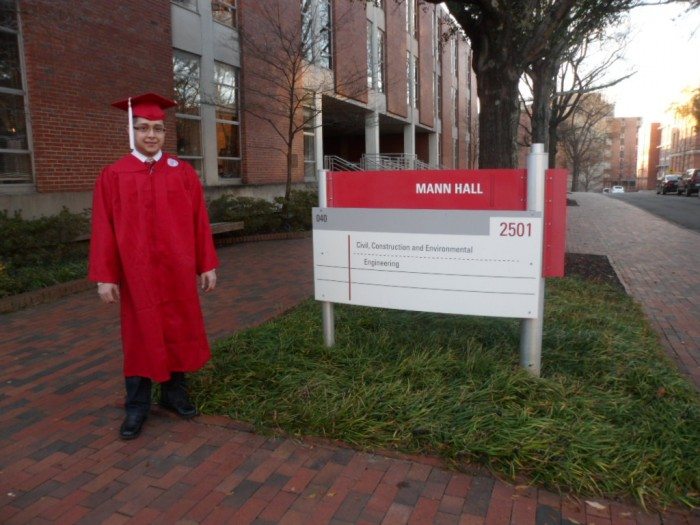 He is the one who told me about you and ever since, I have read every article you have published. It has provided me with information and tools. My son benefits from the DACA as well as my daughter who is now 20 and is in school also paying out of state tuition.

My youngest one is 9 now. He was born here and speaks English and Spanish. We try to teach him the love of our Mexican customs and food. We are a family that no one suspects is illegal in this country. We don’t live in a Spanish community. Our friends are white, we attend a church that is mostly white but is not because we don’t want to be Mexican. We are proud but we decided long time ago we will do what we can to change people’s minds about us. Most people think Mexicans are uneducated. Those incapable people have that mindset. When we moved here most of my neighbors thought, “There goes the neighborhood.” This Mexican will have loud music and a dirty yard, and it has been the opposite. You couldn’t tell which house is the “Mexican House.” I get a lot of comments like. “you are not how I think you will be.”

Even my family were surprised when we moved here, and when we told them we were going to buy a house, or when my son was planning to attend college they didn’t say nothing but now they tell me they just didn’t believe it. But I found out that it is not uncommon that others don’t believe in you. But the worst is that we don’t believe in what we can accomplish. We have so much to offer and younger people need to have HOPE. I have come to understand that HOPE is the best thing you can teach a kid believe that anything is possible, even when the odds are not in your favor.

Thanks so much for doing what you’re doing. It has kept me informed and I look forward to reading your email digest. It matter to us so much, and don’t forget you are making a difference.

2 responses to “An Email From a Mexican Mom”