Why Latinos Should Speak Up for Black Lives

How much unrest will our country experience before we substantively address the injustices acutely impacting Black people?

For months, across the nation and even the world, tens of thousands of people have taken to the streets to demand police accountability, transparency and justice for the families that have fallen victims to state violence.

I am Latino and I stand in support members of the Black community seeking justice for their children and families. It’s time that we, as Latinos, boldly speak out in support of justice. If we are to truly deal with racism in America impacting Latinos, we need to understand what is happening right now with Black America.

I know that as Latinos we have it in our hearts and minds to stand up for Black lives. We cringe when we see the nightly news demonize and treat Latino immigrants as sub-human, so I know we have the visceral reflex to reject the current narrative about Black people. 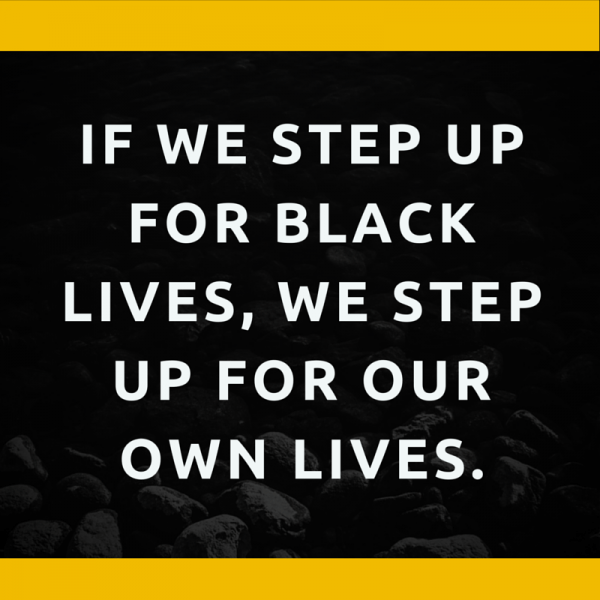 I write this as the National Guard occupies Baltimore, and during a moment when so many people feel anger, pain and desperation. So many want to feel a sense of justice for just one minute, and to be able to take a breath from the injustice they feel everyday.

As a community leader in South Los Angeles, the anger and frustration that people are feeling comes as no surprise to me. While we have seen tremendous progress in South Los Angeles, I believe we are always just a few injustices away from reaching another boiling point like the Civil Unrest of 1992.

Because of my deep connection to and love for South Los Angeles I feel a sense of responsibility to urge Latinos to show support for Black lives. In South Los Angeles we live next to each other. We send our kids to the same schools, eat at the same restaurants and share the same buses. We share many of the same injustices.

Our fate, and the future of our community, is inextricably linked. While we may come from different places and through different circumstances, our futures will color the very soul of our nation.

This is also deeply personal. I worry about my son’s future, as he is the son of a Latino father and Black mother. I fear for his future as we face the stark reality that the odds are stacked against him. Of Black men born in 2001, 1 in 3 have a chance of being incarcerated during their lifetime. The police are shooting and killing Black people in alarming numbers.

There are too many lives being taken from our communities. Michael Brown, Eric Garner, Rekia Boyd, Ezell Ford, Tamir Rice, and Freddie Gray—the names go on and on. How many more lives must be lost?

Our nation was jolted by the images we saw when the people of Ferguson lost patience and their anger erupted into flames. After the murder of Eric Garner tens of thousands of New Yorkers burst into protest.

This week thousands of people took to the streets of Baltimore to protest the killing of unarmed Freddie Gray—and a police department with a well-documented history of cruelty and unfairness toward Black people. Decades of injustice led to more civil unrest.

At this moment, I urge all Latinos to explore why state violence and poverty starkly impact the Black community. The unique characteristics of violence towards Black people in Baltimore, Ferguson, New York and other places across the nation are tied to a long history of oppression targeting them going back to slavery, lynchings, and to today’s police shootings.

In the midst of uncertainty for what the future holds, I feel hopeful because real change happens in moments like these. I am hopeful because of the movement for justice that has been ignited, and the pathway being laid before us. So much of it is not making the nightly news, but thanks to the advent of social media we know it is growing.

Many of us in the Latino community are watching, but I urge us to step forward and help to forge a new path for America. Stand up for my son, who is your son as well. Stand up for justice for all, and not just our own. I challenge Latinos to broaden our vision of citizenship not only for immigrants, but also for the 40 million Black people who reside in the United States that have long been denied the promises of the American Dream. If we step up for Black lives, we step up for our own lives.

Alberto Retana is the Executive Vice President for Community Coalition. He tweets from @aretana.

One response to “Why Latinos Should Speak Up for Black Lives”