This weekend, NPR’s Latino USA published a feature on Jose Gutierez Xtravaganza from the House of Xtravaganza, which created “vogue” and was the House featured in Madonna’s 1990 iconic video.

It seems that “vogue” is back in vogue, but like the NPR piece said, the roots are much deeper and go beyond Madonna videos from 25 years ago.

Earlier this summer, I had the honor of interviewing Grandfather Hector Xtravaganza, also of the House of Xtravaganza. For decades, Hector has been in the center “mainstream” and “high” fashion, collaborating with Michael Kors, Donna Karan, and Barneys, among other. He has been featured in several global outlets, and is now featured in Netflix’s docuseries Unplanned America. 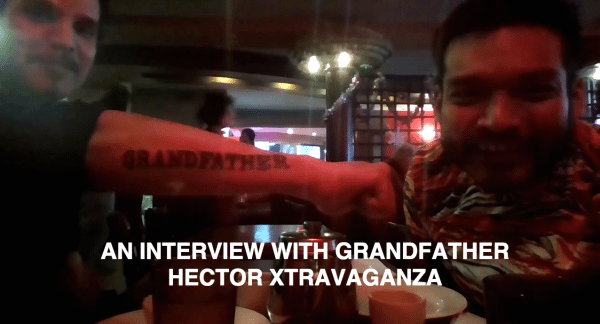 Our conversation spanned from the artistry of walking and voguing, what it’s like “in the moment” on the walkway, the “small gifts” of life, coming out as HIV positive—and his survival story, a history of the Houses, to commentary on the younger generation of the underground ballroom and being true to one’s self.

Below is brief background and history about NYC balls and houses in general, and the House of Xtravaganza specifically. For instance: Madonna’s “Vogue” and voguing were first creations of the NYC underground ballroom scene of gay Black and Latino men.

The House and the Ball

A “house” is a crew, the group or home to which an artist belongs.

The houses are, essentially, cabals of young gay black and Hispanic men obsessed with being fashionable and fabulous. (The Rumpus)

The word “house” also has an important connection to homelessness within the LGBTQ community. Historically, many artists within the ballroom scene were poor or homeless and also looking for a place to belong.

Drag balls, the product of a poor, gay and mostly nonwhite culture, had been held in Harlem since the 1920’s. (NYT)

The ball is where houses gather to compete for various recognitions—the highest being a “Legend” or “Icon.”

One really has to be an icon or a legend to receive such recognition; and I was fortunate enough to spend some time with Grandfather Hector Xtravaganza, who is both.

The House and High Fashion

The houses and underground ballroom scene are vital to “mainstream” and “high” fashion; and have inspired the likes of Michael Kors and Donna Karan for decades:

My DKNY line is street-inspired, and these guys made me realize I have to go out more. I can find out what the next great motorcycle jacket will look like from them. (Donna Karan via LATimes)

“They could teach some of these models how to walk,” designer Michael Kors observed. “They have more presence than some of the girls who are getting $500 per hour.

“These kids didn’t grow up wearing expensive clothes, but they have a sense of what it means—lots of flair. Obviously it’s coming from inside of them. That’s neat.” (LATimes)

Historically, the underground ballroom and fashion scene are primary to “mainstream” and “high” fashion. The underground creates the fashion and the walks that would later become public in the mainstream.

The black drag queen…has been appropriated by everyone from Madonna to 11-year-old schoolgirls. Moreover: If black drag queens inform our cultural landscape, and Pepper was the most legendary reigning black drag queen of all time, then Pepper is/was the world’s most potent pop-cultural icon. (Observer)

The Observer specifies the power of the Black drag queen, in terms of being the spearhead of not only fashion and walking, but also American identity politics:

It important to clarify and acknowledge that America’s fashion iconography is actually rooted in Black and Brown, queer cultural productions and creations.

Within the ballroom scene is an intersection of various identities: racial, national, sexual and engendered. All of these are historically marginalized, and yet a group of queer Brown and Black men created some of the most beautiful fashion and movement that still remains relevant. This goes beyond art:

For Dorian and for many of Angie’s other mourners, drag is not a means of destruction but of rescue—a little beauty, however perverse and rococo. This is the achievement:… the victory of imagination over poverty. (NYT)

And so, despite all odds arose the “Icons” and “Legends.” Their fashion has already influenced what you wear. And they will continue to do so. 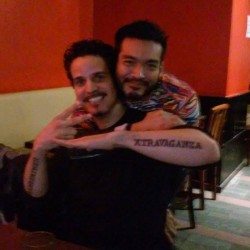 Daniel Vidal Soto grew up in the Barrio North Side in Fort Worth, Texas and hails his roots in Acuña, Coahuila. He is a regular contributor to Latino Rebels and thenerdsofcolor. His poetry has been named one of La Bloga Floricanto’s “Best of 2014,” and has won the Loft Literary Fellowship and the 2014 Raed Leaf International Poetry Award. He teaches race, poverty and gentrification at LIU–Brooklyn.