You’re TOM-ando My Heritage: On How TOMS Appropriated My Culture

Many in the Latino social media community have been intensely focused on Donald Trump’s and Colin Cowherd’s cultural racism and nativist attacks on our Latino identities. But even the well-intentioned can sometimes be equally harmful. In fact, we as a community need to evaluate the subtle ways that our communities are being undermined everyday.

A few days ago, I was on my way to the coffee shop, I was absorbed in my own thoughts, looking down at the ground when I saw a pair of shoes that reminded me of home. In an instant, I was overcome with nostalgia. “Alpargatas!” my memory yelled, so I snapped my head up quickly to take a better look at the person wearing these shoes. The“yanqui” (as we call Americans back home) in the TOMS-branded alpargatas was wearing skinny jeans, a tight obscure band t-shirt and thick-framed glasses. You know the type. The man wearing the alpargatas, I am sure, did not know he was wearing alpargatas. They were his trendy TOMS. Disappointment and anger replaced my nostalgia for home. 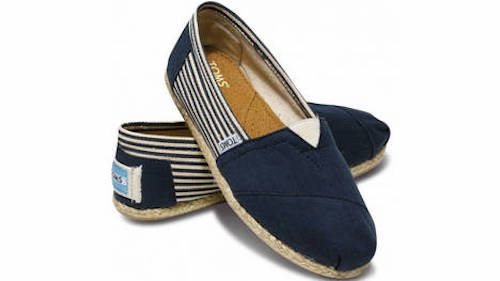 I witnessed the misappropriation of my own culture. Up until that moment I had been shy about calling out TOMS, because I caught many of my friends and acquaintances wearing them and want to validate their good intentions to give back.

I am from Argentina, the city of Posadas, capital of the province of Misiones, about 600 miles north of Buenos Aires. Both sides of my family come from a rural and mestizo background where alpargatas were a common choice for footwear among the working class in the campo. They are part of the gaucho attire and have been for many years, together with the bombachas. The gauchos were, and are to this day, a proud symbol of the working class rural culture of Argentina. Gauchos are the mixture of the several indigenous peoples and the Spaniards in rural Argentina. Alpargatas form parts of my proud identity as a rural, mestizo Argentinian. 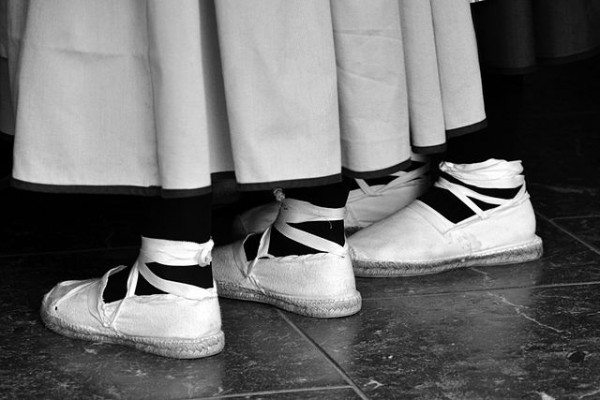 As the story goes, Blake Mycoskie, the founder of TOMS, was vacationing in Argentina in 2006 when he was overwhelmed by the sight of children without shoes. His vacation prompted him to start a company that would be able to do charitable work in a way that did not rely on donations. “One for one” became the slogan, that he incidentally trademarked, for this model which in basic terms means that for every shoe bought the company gives a shoe to a child in need. On the surface this seems like a great way to help children in need, but it is not without its problems. 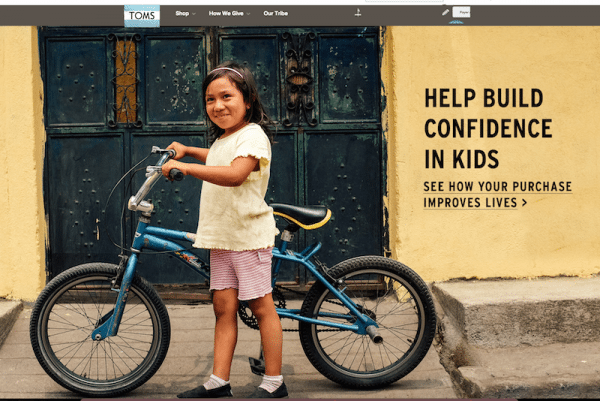 As Jonathan Favini from WhyDev points out,  the model is “incredibly inefficient.” Favini argues that one of the reasons to fight shoelessness is to protect children from parasites on the ground.

Using hookworm as an example, a parasite that gets transmitted to humans when they walk through fecal matter of an infected person, Favini explains that the best way to use the profits from the company would be to donate to a locally-owned and locally-run public health organization for the construction of cement latrines. Such a model would create jobs in the local community and would be far more sustainable than a constant replenishment of shoes that are being made outside of the community.

Which leads to the second point: TOMS model of charity is downright harmful to local economies. Favini explains, “While TOMS gives shoes in over 50 countries, their products are made only in Argentina, Ethiopia and China. That means in most the communities they give, their ‘shoe drops’ constitute an economic bomb to any local industry that may have existed prior to the introduction of free international shoes.”

This is where the harm of cultural appropriation materializes. There is an actual damage to the economies and cultures that have existed for decades in rural, indigenous parts of South America. Of course, the style would take off in the U.S.  The original design is genius. And indigenous. There’s archeological evidence of the Anasazi making their own alpargatas centuries ago. A design —this beautiful and ingenious— endured the test of time.  But, there are people in the U.S. now profiting without much effort or credit to its original innovators from something we have been doing for years back home and hold deep meaning to us as a culture.

It is hard to make the case for TOMS not being cultural appropriation for white American man’s profit. The American-based company literally took the Argentinian flag off, put its own logo,  and stamped a “Made in China” inside its sole. Then they put some hip designs on the traditional shoes and sold them with multi-billion success. 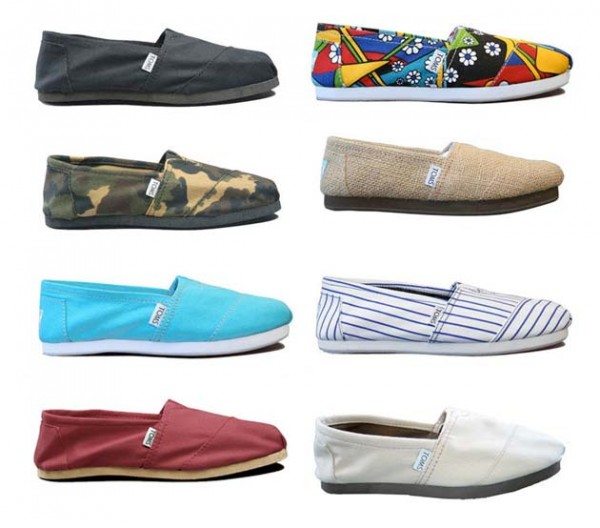 If TOMS consumers would purchase directly from my home community’s local cobblers, that money could be spent in our own local economies for what we need and sustain our cultural traditions. Unlike what the mainstream narrative tells you, we know how to use our money  to build our community and to do good for ourselves.

Alpargatas and bombachas are a part of my cultural heritage in a very intimate way. When I see alpargatas they remind me of my red dirt, of long nights listening to my uncle José play the guitar in my aunt Marga’s yard, of asado and red wine. They remind me of the daily struggle of the workers to stay alive and keep their culture alive. They remind me of my home. To me, alpargatas are not “just shoes,” they are mi historia (which translates to English as both history and story), which is why I plead with you to consider my words.

If you are feeling guilty about your TOMS purchase or were thinking of getting a pair after hearing my historia, there are variety of other worthy options:

Style is more than just what you wear. It not only represents your identity but also others’ identity, hard work and history. Would you not prefer a style that respects local cultural traditions, pays them a good wage for their hard work and results in actual good for the world?

Fernando Nuñez Mendez is Minneapolis-based writer from Argentina. He tweets from @FernandoMNM.

8 responses to “You’re TOM-ando My Heritage: On How TOMS Appropriated My Culture”