Lance Canales & the Flood: Rocking Out the Blues

Music could easily be a blessing and a curse. Lance Canales & the Flood are making damn sure you remember that with their next album The Blessing and the Curse. With songs like “Deportee,” “The Farmer” and “Stomp It Out,” he makes sure we remember where we all came from and where we are going.

Lance Canales & the Flood are a roots-blues-influenced Americana trio from California’s breadbasket, where Canales lived the life that so many songs have been written about since the birth of roots music—hard labor, one-room shacks and taunting ghosts whispering of a better life. Canales’ guttural vocals combine a hard-edged storytelling approach beneath a stripped-down, foot-stomping, acoustic instrumentation.

Canales rendition of “Plane Crash at Los Gatos: Deportee,” written by Woody Guthrie in 1948, reveals the names of the Mexican casualties whom were simply referred to as “deportees” in the original news article:

After meditating and hearing the album over and over again, I sat down with Lance Canales and had a short and incredibly inspiring chat about music, immigration, the past and more.

Marlena Fitzpatrick: How are you not worldwide news and not on the cover in Rolling Stone! What inspired you to pick up a guitar and start writing and performing in the genre of folks, blues and Americana?

Lance Canales: Growing up in my little farm in California, it’s all farm laborers and it’s rural. I trained horses when I was a little boy. My dad and grandfathers were horse trainers, too. So, I had that whole vaquero background. I literally knew how to manage horses in a wagon. I rebelled against it and became rockero. My heroes are Jimmy Hendrix and Bruce Springsteen.

My mom is a Holy Roller, a Pentecostal. I learned to sing when I was young, too. There’s a little southern gospel style in my music. After getting over being angry and writing heavy metal songs, I got into the old traditional style of blues. I started diving into it and played the acoustic guitar. I incorporated my roots—and my upbringing.

It’s been a long path for me. There are no blues singers where I grew up. There are certainly no Latinos in these genres.

LC: There isn’t that many people of color in this genre, even though the roots of blues come from Black culture. For us, I’m probably the only Mexican playing in a music festival, for example. With that being said, the festival promoters, audience and producers, they’re the ones reaching out to me.

LC: They want to see more diversity. They do love that. I love that because it’s been a beautiful thing between me and them. I basically came out of nowhere. Suddenly I did “Deportee,” and I changed everything about that song. They were behind me saying, “Yes, sing it that way.” 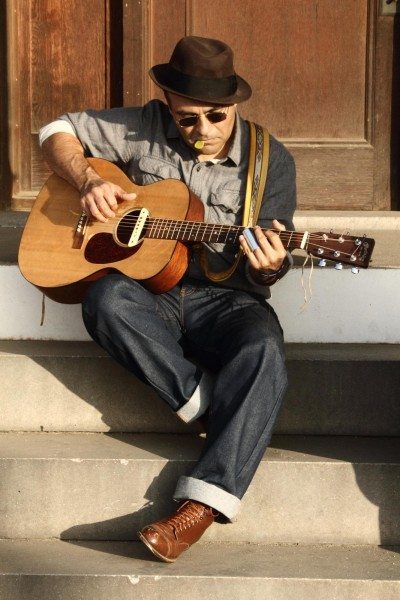 MF: There is something very genuine about you that comes across effortlessly. I can relate to their cheerleading.

LC: On the flip side, on our Latino or Hispanic or whatever name they give us, this genre is not explored, so it’s a hard sale. You have to go back to Richie Valens.

MF: So it’s a matter of exposure.

LC: Yes. The gap between Woody Guthrie, the folk scene and Mexican people closed when we wrote the song about the plane that crashed and the Mexican community [that] raised money to bury the 28 bodies. The folk community learned about the song and the history behind it.

MF: Now hold on, explain “Whatever name they give us.”

LC: I hate boxes. They want to give us all these names. Whatever makes me equal as you, I’m for that. If you identify with Latino, so do I. 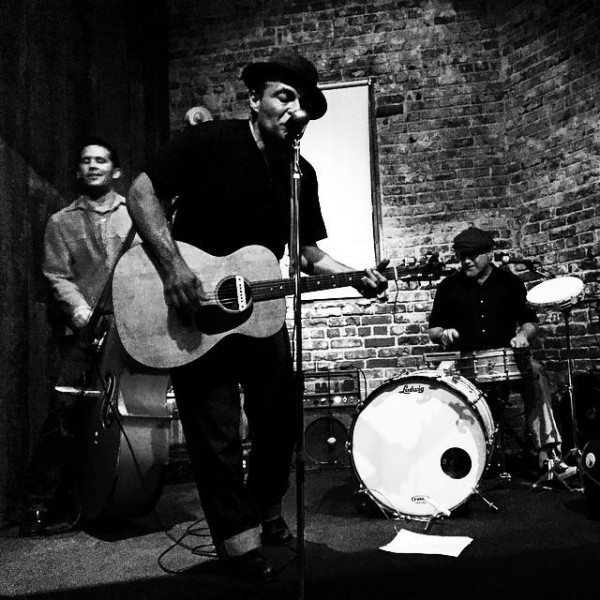 MF: And with that, time to get Rebelde. Let’s talk about your bilingual song “Deportee.”

Adiós mi amigo (Spanish prayer) My brothers and sisters came to work in the fruit tree.
We died in your desert, we died in your plane.
Some of us illegal and some of us unwanted.

What is the reality of crossing the dessert, crossing boundaries and a nation’s frontiers to come over and work? What is your take on current immigrations policies?

LC: I have a different view. I actually see us through the indigenous eyes, not the immigrant, undocumented eyes. When I see them walk down the street or jump the fence to come here to better their lives, I see an indigenous person first before their nationality.

Whenever I hear comments in the news and [from] politicians, it hurts because they’re talking about my own people. I think they have to realize they’re talking about the majority of people in this country. Whether we call ourselves indigenous or not, we’re all humans and we all respond to the same calling when we’re born and the same calling when we die. We should be proud and equal. We need to see eye to eye.

MF: That leads to this other song, “Pearl Handed Gun.”

How does this song relates to current events of brown and black people being murder by the people in power? What is your take on the militarization of police?

LC: The inspiration was my uncle, my grandmother’s brother. He risked his life to fight in World War II. He came back with this helmet. The helmet had a bullet hole in it. That made me go like “Wow,” and he became an instant hero.

Then I found out later, while he was overseas he married a white lady, my aunt Irene. She had a down payment for a house. They wouldn’t sell it to her because she was married to my uncle, a Mexican indigenous. So here’s my uncle who fought overseas for this country, but they wouldn’t sell him a house back home.

MF: I notice your album is very personal, but at the same time we get it, we all relate.

LC: What I’ll say about that is that your interpretation may not be the same as mine, and that’s ok because that’s what art does. Art stirs you, empowers you, angers you and encourages you. 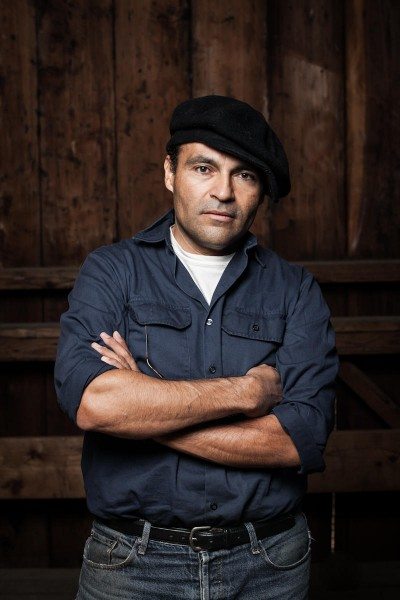 MF: And speaking of songs that move us, tell us about the hit premiering August 28, “Death Don’t Have Mercy.”

Some being burned down the same,
Time got no mercy in this land.
You can count your days, you won’t long
Death comes calling you will be gone.

LC: What I did is I took the idea of Gary Davis’s song and made it my own. I worked it to fit the Central Valley and the harshness of the landscapes and work here. It has stages: sun has no mercy, time has no mercy and death has no mercy. It’s the progression of your life. You have to yield to it because it’s coming. We’re not going to win that war. You’re going to die.

MF: Before we all die, please tell us, what is your definition of a Latino Rebel?

LC: My father told me the story of los braceros. They used to drive the truck outside the town. My dad’s job was to walk into town with a grocery list. He’d go the back of the store, knock on the door, hand them the list, and they fill in the order. Mexicans couldn’t walk through the front door.

When I did the song “Deportee,” I did it for him. He broke down and cried when he heard it.

So a Latino Rebel is somebody who can stand up and say what most people are scared to say, while being respectful about it and influencing the youth in becoming better human beings. Someone that honors his or her parents and grandparents, because we are now where they couldn’t be.

MF: Wow! This album is very relevant. Your life story is reflective of many stories. I see a mega-hit album and only brilliant things for you. You make us Latinos incredibly proud. 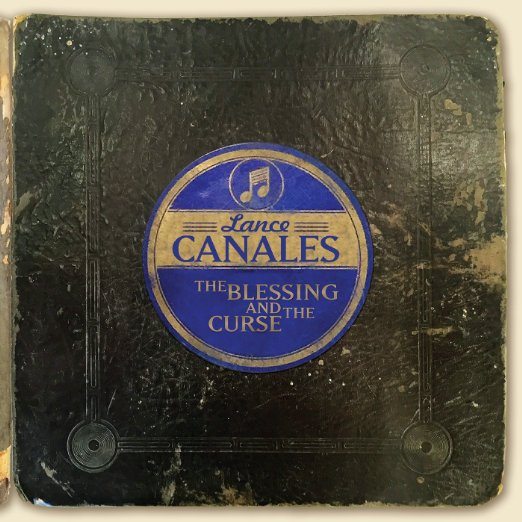 The Blessing and the Curse

The premiere of “Death Don’t Have Mercy” will be on Friday, August 28, exclusively at Latino Rebels.

One response to “Lance Canales & the Flood: Rocking Out the Blues”