The Political Courage of Tego Calderón 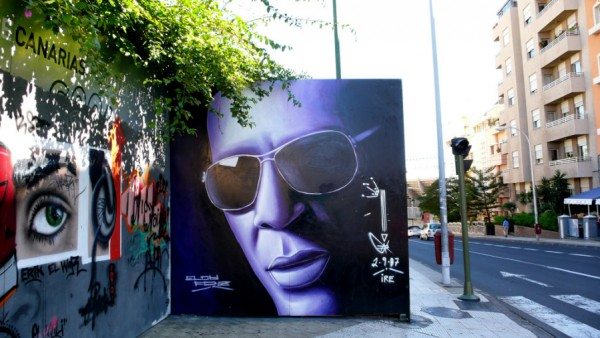 It came to my attention recently that the prominent music producer, actor and hip-hop and reggaetón artist Tego Calderón appeared on a discussion panel on Univision with the Partido Popular Democrático (PPD) politician Héctor Ferrer, who was a member of Puerto Rico’s House of Representatives but later resigned due to a scandal involving domestic violence. During the dialogue Calderón, some would say, appeared “out of place” in his urban-style clothing.

As a Primera Hora article later spelled out:

Tego Calderón has little patience for debating over issues of the country. The singer was invited to the program “Los seis de la tarde”, by Univision and unexpectedly abandoned his chair after Héctor Ferrer refuted some of his comments.

Univision posted video of the confrontation under the title “Tego Calderón y Héctor Ferrer se enfrentan.” Ironically, the focus was on Calderón instead of on Ferrer’s lack of understanding of Puerto Rican reality. The Primera Hora article showed a picture of Calderón looking agitated, which tells us that Spanish-speaking media is more concerned with headlines than with doing actual journalism.

In the video, Calderón complains of the “double morality” of the government that imports guns from and exports drugs to the United States, among other places, while also implementing corrupt anti-drug operations in low-income communities.

Calderón also meticulously and passionately critiqued the colonial status of the country caused by the pro-statehood Partido Nuevo Progresista and the pro-colony Partido Popular Democrático, who have maintained political power while the country keeps sinking deeper in economic quicksand.

As David Paul asserts in his article for the Huffington Post:

Long before the debts were massive, and long before the math became intractable, there were politics. To put in place a plan to address Puerto Rico’s debt crisis without taking into account of the long simmering witch’s brew of island and federal politics and policies that led us to this point would be folly.

Writing for the Guardian in July, Julio Ricardo Varela pointed out that “the island’s Puerto Rican leaders are fully aware that getting money from hedge funds rather than reform will simply mortgage the island future,” meaning the lack of action by politicians in the island is exactly what Calderón was critiquing. In this sense, Calderón was advocating for the people, the country’s future and, most of all, the working-class communities who suffer the most.

The most impressive section of the discussion was not Calderón’s abrupt “stepping down” from the discussion, but how Ferrer rationalized the crisis in the island. Ferrer refuted Calderón by stating that not all politicians are “mafiosos” and that many work hard for the country. But if that were the case, the country would not be in the current crisis that only seems to get worse. 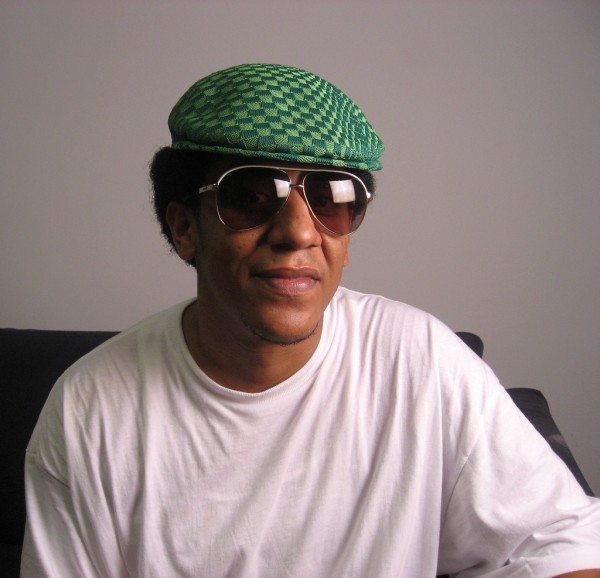 Calderón’s appearance is also important because he is one of the few artists and activists with the courage to actually not only criticize the colonial status, but also criticize how the Puerto Rican government and the two useless parties who are more invested in keeping power and status, while  the Partido Independentista Puertorriqueño constantly converts into PPD (“Melones“) whenever there is a fear of statehood.

If Calderón got up and left from the stage, it is because he was fed up with being vulnerable in a space that does not and will not make any real changes for the country. If he left the stage it is because he realized that there is no point arguing with politicians who refuse to listen to the people. The Spanish-speaking outlets chose to mock his vulnerability and, in essence, mock the same vulnerability that most Puerto Rican are feeling today.

These outlets need to begin to at least be somewhat socially conscious if they want their journalistic skills to be taken seriously, because their lack of critical insight is getting tiresome. Why did the Spanish-speaking media choose those ridiculous titles and discourse upon analyzing Calderón? Some titles the media could have used: “The Insolence of the PPD Party, “How the PPD Refuses to Cope with Reality,” or at least“Tego Calderón Accuses Politicians of Being the ‘Real Mafiosos.'” Interestingly enough, it was the self-style “reggaetón and urban” website Rapetón that gave the incident a more accurate title: “Tego se las canta al gobierno de Puerto Rico en vivo y luego abandona el programa.”

Calderón, who is a proud Afro-Puerto Rican independentista —his son’s name is Malcolm X and his daughter’s name is Ebony Nairobi— is in fact an interesting paradigm for further discussing the issue of gaining independence or progress in Puerto Rico. The fact of the matter is that most independentistas are white Hispanophiles who have socio-economic mobility and are invested in respectability politics. On the contrary, Calderón not only criticizes the United States and their mendacious treatment toward Puerto Rico, but also criticizes Puerto Rico’s racism, classism, corruption and, more important, advocates for people with few resources. He does not romanticize the country by blaming Puerto Rico’s current crisis on Puerto Rico’s colonial status but instead takes a firm and critical approach to a range of issues that affect the country altogether.

Calderón is not the only advocate for Puerto Rican independence off the radar due to the media’s refusal to give a new image of Puerto Ricans struggling for their homeland on a daily basis. Yolanda Arroyo Pizarro is also an Afro-Puerto Rican and a fierce independentista who is among one of the most active and well-known novelists and activists dreaming of a Puerto Rico that is independent and has access to human rights for all people—including Afro-Puerto Ricans, women and members of the LGBTQ community. On her blog Pizarro regularly explores themes of spirituality, freedom, the historical and political struggles of the black community, colonialism, gender and friendship. 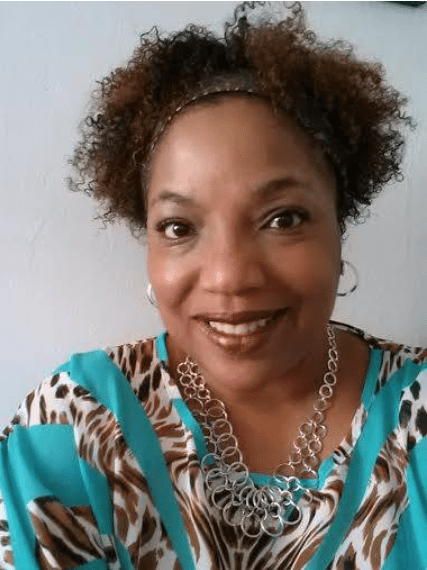 Yolanda Pizarro is a Puerto Rican writer, a cultural activist and a fierce LGBTQ warrior that struggles for equality in the island

When I asked Pizarro to comment the Calderón incident, this is what she said:

I coincide with Tego and I identify myself totally with his frustrations.  I think that getting up and leaving also has been a way of saying: I’m tired of this and I don’t agree with you all. I don’t have a reason to behave on such a level, like these phonies who wish to say or do things for ratings. At least I see it this way.

Pizarro —who is Incredibly underappreciated but yet known to be one of Latin America’s most important writers— like Calderón, has different perspectives as to what it is to be pro-independence and truly committed to your people. Calderón and Pizarro do not waste time on panel discussions and instead use their energy for to effect real changes for all Puerto Ricans.

Maybe a figure like Calderón is what we need in order to be truthful to ourselves and know when to criticize our own and the external powers that continue to keep the boot on our necks. The fact that the English-speaking outlets are more critical and cogent with the harsh realities Puerto Ricans are facing is worrisome. Calderón stepping down should have been hailed; it also would have been a good opportunity to take into account the perspective from someone who has given so much to the Puerto Rican community—especially a sense of hope and a voice. If Calderón can handle racism and grew up in the urban areas of Puerto Rico, he can definitely handle criticism from someone like Ferrer. What he cannot handle is the ridiculous respectability politics and discrimination of how a Puerto Rican patriot should look or act.

If anyone knows about the issues Puerto Rico faces, it’s the popular masses which are more than familiar with Calderón’s music, activism, dedication and intellectual brilliance. Activists like Pizarro are also silenced while the media protects unreliable and corrupt politicians. With the uncertainty of Puerto Rico’s future, one of the many missing ingredients along with economic reforms and the end of colonialism lies in focusing in our warriors for a better future. The Spanish-speaking media should at least be capable to report the news critically. The real cowards —the real guasa guasa— are the media and the politicians who refuse to listen to the enlightened and fed-up citizens across Puerto Rico.

William García is an Afro-Nuyorican raised between New York and Puerto Rico. He has a BA and an MA in history from the University of Puerto Rico-Rio Piedras. His research interests include Afro-Latino history, hip-hop and reggaetón in the Caribbean and Puerto Rican diaspora. He is currently an MA student in curriculum and teaching at the Teachers College at Columbia University in New York City. You can follow him on Twitter @webdubois2014.

One response to “The Political Courage of Tego Calderón”