Ya Renunció, But Now What? 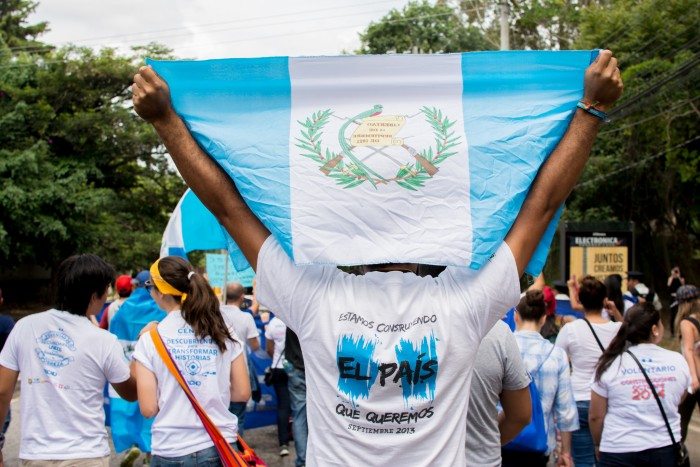 After months of marching and protesting, after investigations into corruption and arrests of politicos and businessmen, and despite a stubborn deafness to the cries in the streets, President Otto Pérez Molina of Guatemala has resigned.

One may be forgiven for being cynical about democracy nowadays, especially in Latin America, and even more so in Central America, where the very suggestion of there being “a government of the people, by the people, for the people” has become a twisted joke.

After all, Central America is home to the world’s first banana republic (Honduras), where the United States launched a one-day revolution so it could build a highway between the seas (Panamá), where a multinational corporation backed by the U.S. military overthrew a democratically elected leader (Guatemala), where the U.S. sale of weapons to Iran’s jihadi regime funded violent paramilitaries (Nicaragua), and where government-backed (and U.S.-trained) death squads killed at least 70,000 people (El Salvador).

This is the Central America I’m speaking of, the one that has suffered gang violence, U.S. coercion and government corruption from the city of Guatemala to the city of Panamá ever since a so-called peace was reestablished across the region in the 1990s.

But something has changed in Central America over the past few months. The government corruption that seemed to be a staple of Central America along with coffee and bananas has now become too grotesque to bear.

When the peoples of Guatemala and Honduras learned that their leaders had pilfered millions of dollars (hundreds of millions in Honduras’s case) from public coffers, they rose up and took to the streets demanding the resignation of their presidents. More than that, they were demanding something that has scarcely existed in over 500 years of Central American history: a new, true form of democracy, one responsive to the people’s needs and will. 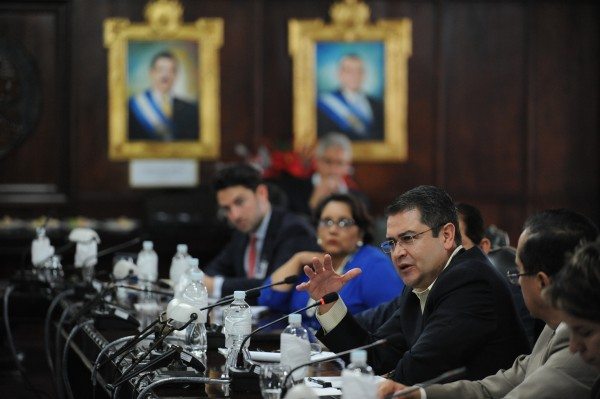 I for one did not expect the soon-to-be former President Pérez Molina or his Honduran counterpart President Juan Orlando Hernández to step down. Leaders aren’t normally removed from power in Central America without at least some machinations in Washington. So long as he or she serves the political and economic interests of the United States, a Central America president usually can expect a long, firm grasp on power. Pérez Molina and Hernández had received the U.S. seal of approval, and there seemed to be little anyone could do to dislodge them.

Happily, I was wrong.

Today is undoubtedly a joyous day for the people of Guatemala, as well as the people of Honduras, whose hopes must be swelling as they watch the events unfold from across the border. Democracy at its most basic and pure has triumphed in Central America, at least somewhere. The people spoke in one, thundering voice, and the government trembled. The neck moved; the head turned.

Still, Pérez Molina is just one domino in a long line that have yet to fall and may never fall. Los chapines go to bed tonight still worrying about the culture of corruption that saturates their government.

What is needed in Guatemala, and in many countries throughout Latin America, is not a new president but a new government.

Now that the Guatemalan people have gotten what they were calling for and realize that “Renuncia ya!” may have been asking for far too little, I suggest they and the people of Honduras adopt a better hashtag:

One response to “Ya Renunció, But Now What?”