La melaza que llora: How to Keep the Term Afro-Latino from Losing Its Power 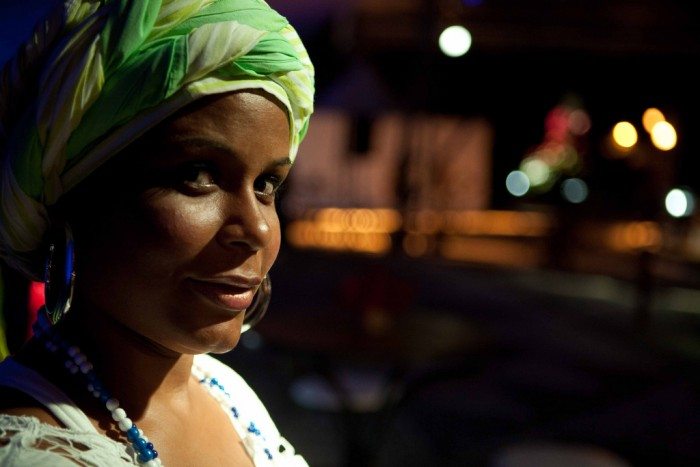 Recently, it has become en vogue for Latinos (Latinx) to acknowledge their African “roots.” This understanding is a leap forward in racial formation for many in a region that is often known for hiding their Black grandmother in the closet. However, acknowledging her existence doesn’t always mean taking her out from behind that closed door.

Rosa Clemente is one of the first to contextualize Afro-Latinidad as an identity that is becoming more what she calls “trendy” than progressive. The Bronx-born Puerto Rican activist alludes to the fact that Afro-Latino identity has fed into, rather than disrupted the myth of a multicultural democracy that is often the dominant narrative in Latin America. Puerto Ricans and some other Latino groups have always acknowledged that they have African ancestry, but it is couched in the idea that the people are a perfect blend of the African slave, proud and noble Spaniard, and the humble native Taino. This conception is problematic because it is a convenient way to deny institutional and in some cases individual racism. When Venezuelan TV personality Rodner Figueroa called Michelle Obama “planet of the apes,” he quickly defended himself from accusations of racism by stating that he comes from a racially plural family. Clemente doesn’t reject the term Afro-Latino completely, but states that there is a difference between identifying as Afro-Latino and identifying as Black, with the latter being a more progressive racial identity. Unlike many who believe in Latin multiracial democracy, Clemente states that she does not acknowledge the Spaniards in her lineage because she would “never claim my rapist.”

I contend that their is a difference between nationality, race and an ethno-political identity like Latino. Often we forget that Latino is not the blood in your veins but the politics in your heart, and it is those very politics that separate you from the many “Hispanics” in the world. Black is a racial-political identity (there are still a lot of “Negroes” and “Coloureds” around, also). Thus, Black and Latino are not mutually exclusive. Many would say that Afro-Latino is the perfect marriage of these two identities, but this is not how it is often playing out.

On one occasion the mother of my children called me and angrily recounted a situation where her dark Dominican former friend had said that our daughter was “too Black,” after someone suggested that if she and her boyfriend had a child it would resemble ours. At first, I didn’t understand. I am a professor of African American studies. Blackness is literally my life, and I am not accustomed to hearing the term used pejoratively. However, I could hear that the anger in her voice was really just masked hurt, something that as a Black person, I am all too familiar with.

I immediately went into “Tiger Papi” mode and defended my family by contacting this woman and berating her for her lack of Black consciousness and identity confusion (a mistake in retrospect). She snapped back by assuring me she was well aware of her African “roots.” It was then that I started to think about what the metaphor of roots can imply. The roots of a tree keep it standing, but bear the burden of keeping it alive, all the while remaining unseen. Most people praise the beauty and majesty of branches, leaves and the trunk. Roots are often not celebrated, only acknowledged. This woman didn’t have to acknowledge her African heritage. To quote an old R&B song: “It’s written all over your face, you don’t have to say a word.” Yet, her understanding of identity is commonplace even in the ivory towers of academia. 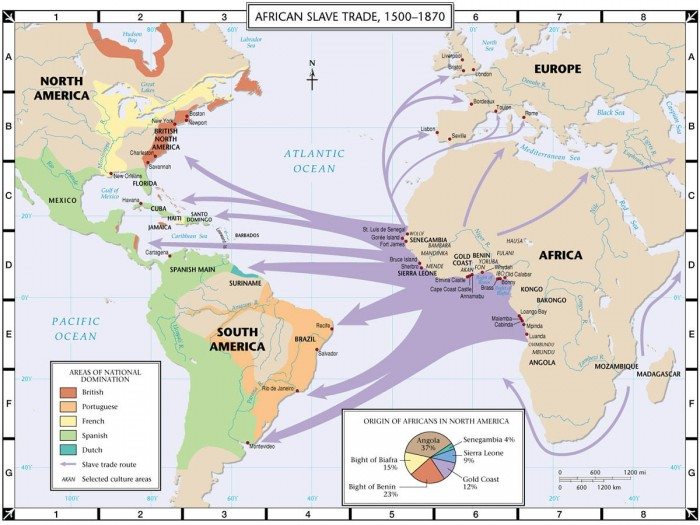 One of the major issues for many Afro-Latinos is that in a United States context, Black is equated with African Americans. If we de-politicize the word, all African Americans are Black, but not all Blacks are African Americans. Rosa Clemente addresses this issue in her important essay, “Who is Black?” However, she falls into the same pitfalls that many others do, even if unintentionally. It comes across as if she is blaming African Americans for racial binary created by white-supremacist slave codes and segregationist policy. In addition to being blamed by allies, African Americans are scolded by multiracial democracy advocates for allegedly not understanding the construction of race in Latin America.

Firstly, the construction of race doesn’t really make sense anywhere. While the U.S. context for race is historically more simplistic, there are many Latinos who don’t understand the white supremacist underpinnings of racial formation in Latin America. Understanding race as skin color has been the perfect conduit for the erasure of African identity in places like the Dominican Republic, where more than 90 percent of people have some African ancestry. I have often heard Afro-Latinos, regardless of how dark their skin color, be referred to as “Black, but not Black-Black.’ I’ll never forget “Doctora” Nancy Alvarez telling a Black Dominican guest on her show who was doubting paternity due to the child’s fair skin color, “Usted no es Africano Americano. Usted es Dominicano y tiene el color de indio.”

African Americans also often feel that Afro-Latinos can and often do choose when to be Black. The freedom to chose when to emphasize your Blackness is often an example of what I call BWC, or Black When Convenient. It is a luxury most African Americans are not afforded and some even resent. The aforementioned freedom which many exercise also leads to well-meaning African Americans confusion on how one can be both Black and Latino. The most effective way to combat the confusion is to state that the understanding of the two identities as mutually exclusive is a function of white supremacy and racism.

A progressive Afro-Latinidad de-emphasizes Spain, and gets past its fear of Blackness as a racial category that could include people from Latin America. Just as scholars like Jared Ball and Pancho McFarland are beginning to interrogate the term Latino, overall following the tradition of those who have problematized mestizaje, we must look at Afro-Latino and critique it so that it doesn’t lose its power. Anyone who identifies as Afro-Latino should not be afraid in some spaces to just identify as Black, just as they would identify solely with their nationality in majority Latino settings. Whether you want to give more of an explanation is up to the individual, but recognize that your nationality does not have to be a caveat for you racial identity.

As I will one day tell my children, your Blackness has no asterisk. On behalf of grandmothers everywhere, don’t just acknowledge her; free her, embrace her, and love her.

Jason Nichols is an academic and artist with a range of interests, which include Black masculinities, hip-hop music and dance, bullying amongst emerging adults, and Black and Latino identities and relations. He is a full-time lecturer in the African American Studies Department at the University of Maryland-College Park and the current editor-in-chief of Words Beats & Life: The Global Journal of Hip-Hop Culture, the first peer-reviewed journal of hip-hop studies. Dr. Nichols is also a rap artist who raps under the moniker Haysoos and is one half of the internationally recognized rap group Wade Waters.

One response to “La melaza que llora: How to Keep the Term Afro-Latino from Losing Its Power”