The Artifacts of a Broken Immigration System 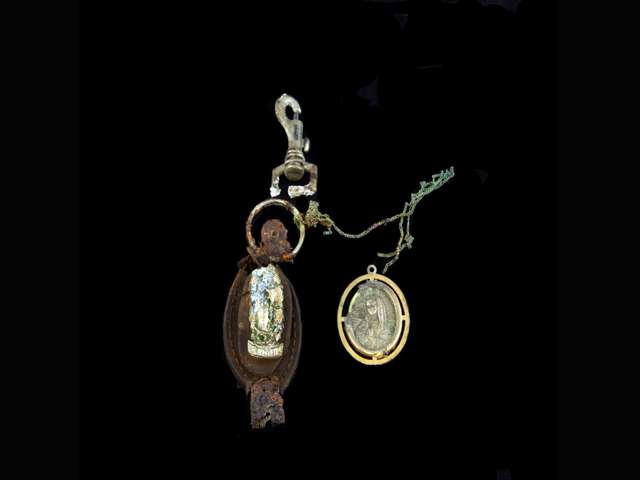 In August 2014 the Texas Observer teamed up with the Guardian to produce a four-part multimedia series called “Beyond the Border,” which told the stories of migrants who died while crossing the Texas-Mexico border. Last month the series earned the Observer a News & Documentary Emmy in the New Approaches: Current News Coverage category.

Building off of its groundbreaking success, the news magazine has partnered with Baylor University to create a searchable and browsable database of personal items found in the desert — wedding rings, rosaries, dresses — plus forensic information about the deceased, in hopes that family members and friends can identify their loved ones and recover their belongings.

The Observer looks to raise $20,000 to fund the project — which is called “I Have a Name/Yo Tengo Nombre” — and the journalism crowdfunding site Beacon has pledged to match donations up to $10,000. The money is needed to help pay for various aspects of the undertaking, such as photographing and cataloguing the personal items found, as well creating a web database that allows loved ones to search through the items.

The project was posted on Beacon earlier this month and has raised $13,320 dollars to date, though there is only 10 days left to raise the remaining $6,680 or else the project receives none of the donations (per the rules of crowdfunding sites).

Please visit Beacon to learn more about “I Have a Name/Yo Tengo Nombre” and how you can help bring the project to fruition.

One response to “The Artifacts of a Broken Immigration System”