The Camino’s Most Enthusiastic Ambassador 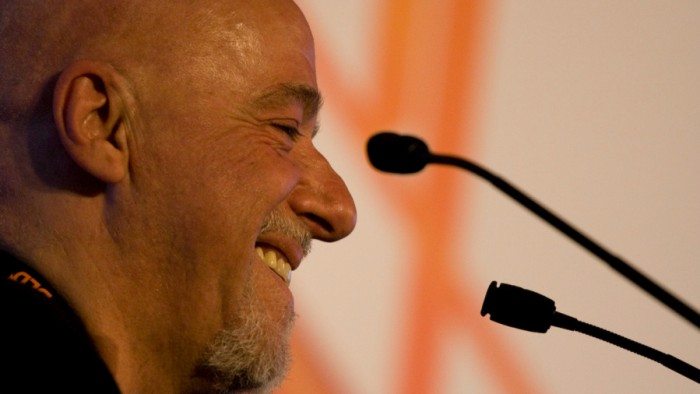 Paulo Coelho has shared in many interviews that until he became a writer his life had been aimless. As an adolescent, his parents committed him three times to mental institutions, hoping to squelch what they considered his pointless rebelliousness. After he told his mother that his dream was to become a writer, she forbade him from following this path, telling him that it would be impossible to earn a living in their native Brazil. To please his parents, Coelho enrolled in law school, but he soon dropped out to live a hippie life devoted to “sex, drugs, and rock n’ roll.” After travelling throughout South America, he returned to Brazil and became a lyricist for musicians who were protesting the country’s military dictatorship. Because of this, Coelho was jailed three times and treated harshly, including being subjected to torture.

At the age of 39, already established as a successful lyricist, but still feeling unfulfilled, Paulo Coelho decided to walk the Camino de Santiago de Compostela. To this day, he claims the experience was the turning point of his life.

Coelho started his pilgrimage in Puente la Reina, Navarra. By the time he reached O’Cebreiro in Galicia, he had decided it was essential for him to follow his long held dream of being a writer. “I knew then that although I was nearly 40 years old, I had to either take the first step, or forget my dream entirely,” he stated in a 2014 NPR interview.

As soon as Coelho returned home, inspired by his experiences along the Camino, he wrote O Diário de um Mago, his first novel, which has been translated into English as The Pilgrimage. He then wrote The Alchemist and has since gone on to become one of the most successful authors of recent times. Coelho has sold over 100 million books and in the process he has become the world’s most widely translated living author.

Throughout the years, Paulo Coelho has never forgotten his debt to the Camino de Santiago. At present, he helps sponsor the Albergue Acacio y Orietta, in Viloria de Rioja, in the province of Burgos, and he maintains supportive relationships with other establishments that provide low cost housing for pilgrims.

But the most important role Coelho has assumed is that of unofficial ambassador of the Camino. Media from all over the world call on him to discuss the significance of undertaking the pilgrimage. Coelho has appeared in countless interviews and documentaries describing the rewards he received from walking the Camino. 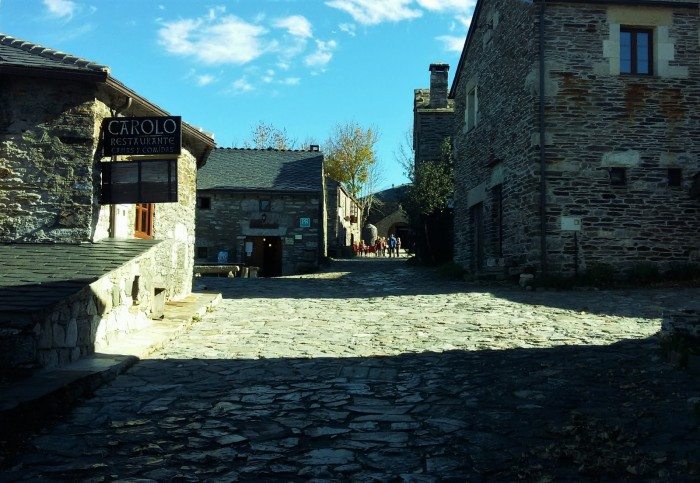 The village of O Cebreiro in Galicia, Spain, a place of much significance to Coelho

Ironically, a recent admission of Coelho’s sent a small shockwave among Camino fans. Two years ago, he admitted to La Estrella de Galicia that he did not complete the journey to Santiago de Compostela. In his pilgrimage, he stopped walking in O Cebreiro.

“That’s where the Camino gave me what I needed. From there I hopped on a bus to Santiago de Compostela and visited the cathedral to give my thanks to Saint James.”

In Coelho’s defense, he made the pilgrimage before it became popular. In 1986, only 1,800 pilgrims completed the journey. In comparison, by the conclusion of this year, more than 250,000 pilgrims will have walked all the way to Santiago de Compostela.

One response to “The Camino’s Most Enthusiastic Ambassador”