Dumping Chavismo to Save the Revolution 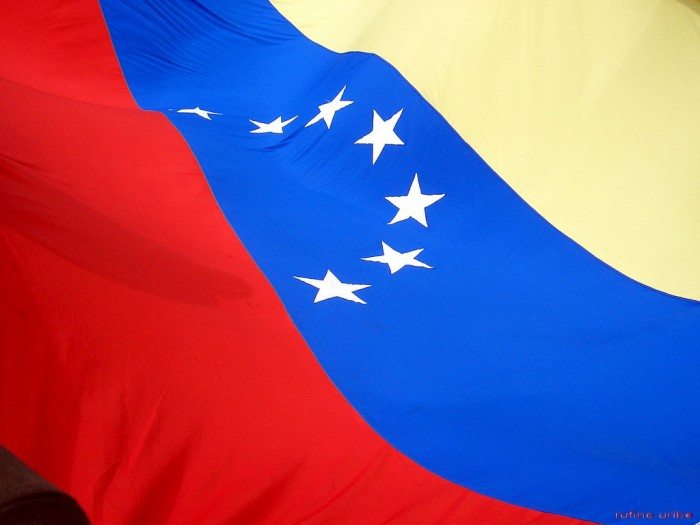 David Smilde, Geoff Ramsey and Hugo Pérez live-blogged from Venezuela during yesterday’s legislative elections, and Smilde closed by praising President Nicolás Maduro and the Partido Socialista Unido de Venezuela for sticking to the democratic process even in the face of a foreseen defeat:

Kudos to President Maduro and Chavismo for recognizing the results. We shall see what kind of political learning this generates, hopefully constructive. But whatever the case, they deserve praise for going headlong into elections that all polls said they were going to lose, and accepting the results with integrity. Remember for a moment how many people over the past year said there would be no elections, that the numbers would be cooked, or that the government would not recognize adverse results. In hindsight, all those comments by Chavistas this evening, during the hours before we knew the results but long after everyone knew the tendency, talking about how admirable the democratic process had been, look truly admirable and democratic.

For the first time since the launch of the Bolivarian Revolution in 1999, the opposition has won a majority of seats in the National Assembly. At least 99 of the 167 seats will go to the MUD coalition (22 seats are still undecided), while the PSUV has won 46 seats. The results don’t come as much of a surprise, since polls and reports leading up to Election Day had shown a clear majority of Venezuelan voters disapproved of the current regime.

President Maduro appeared on state television early this morning to accept the results and pat himself on the back for respecting the Venezuelan constitution:

I second Smilde’s kudos, though it’s a sorry state of affairs in Latin America when any leader who respects the results of an election is automatically entitled to a cookie.

Nonetheless, from now on, no matter what people say about Venezuela, they cannot call it a socialist dictatorship. And while Reuters and the like may herald the “shatter[ing]” of the “Socialists’ hegemony” this morning, that’s not what happened in this election. Venezuelans have not rejected socialism in the least, only incompetence. Maduro and the PSUV have been as deer in headlights during a outbreak of economic catastrophes: inflation soaring past 150 percent, oil prices nosediving below $50 a barrel, currency controls which have made the bolívar practically worthless, and price controls on basic goods that have spurred smuggling and left shelves empty. Even teleSUR, Latin America’s Bolivarian news agency, owns up to the failures of chavismo in its assessment of yesterday’s electoral defeat:

While the opposition has attracted some of the less politically aware social sectors to its anti-Chavismo discourse, the government has also lost some ground from conscientious and solid revolutionaries, partly due to its lack of a solid response to the ‘economic war.’ Although it’s easier said than done to combat a rentier state, capitalist system, historical corruption, and opposition and big business economic sabotage, Maduro has only announced things like national commissions to deal with the situation. While people spend up to seven hours a week lining up for food, and while many of them understand that the government isn’t directly responsible for the situation, the lack of a serious response and significant measures hasn’t helped support for the government.

Further, while the government clearly sides with the poor, for multiple reasons, including more right-wing attacks, it has becoming increasingly distanced from the organizing grassroots. ‘The government would have more of a sense of urgency (in solving problems) if it was closer to the people in the street,’ Rachael Boothroyd Rojas, community activist and Venezuelanalysis journalist told teleSUR. That distance is relative to other times in the Bolivarian revolution, not to other governments around the world, who don’t come close. However, with the way the government communicates with the people — the way it gets information out and involves people in serious decision making — there has been a step back.

“Power tends to corrupt,” of course, but the corruption can manifest itself in different ways. Given enough power, some leaders become tyrants, grasping the reins so long that their hands grow arthritic and the people must pry their fists open. As for the chavista regime, power has made it bloated and stupid. It based its power in its popularity among the people of Venezuela, especially the poor and formerly disenfranchised, for whom the bolivarianismo has been a godsend. But as the bolívar fuerte faded into fiction and the people’s pantries hollowed, and all the president and his men seemed capable of were tired platitudes, voters, in their desperation, opted to try something new. I don’t blame them. Were I Venezuelan, I might’ve done the same thing. After all, it seems obvious by now that to save the Bolivarian Revolution, the people of Venezuela must consign chavismo to the Panteón Nacional, where the nation’s heroes are buried after serving their purpose.

Still, if the MUD dreams for a second that its success translates to some popular desire to revert Venezuela back to what it was before Hugo Chávez came to power, they should wake up and apologize. Venezuela will not, cannot, must not return to the days when it was like any other country in Latin America: rich in natural and human resources, enslaved to foreign interests. Hopefully the opposition’s influence in the National Assembly will force a bit of introspection on the part of the PSUV, making it leaner and more capable. Hopefully we have seen the last of chavismo, but only the start of a new phase in the Bolivarian Revolution.

One response to “Dumping Chavismo to Save the Revolution”